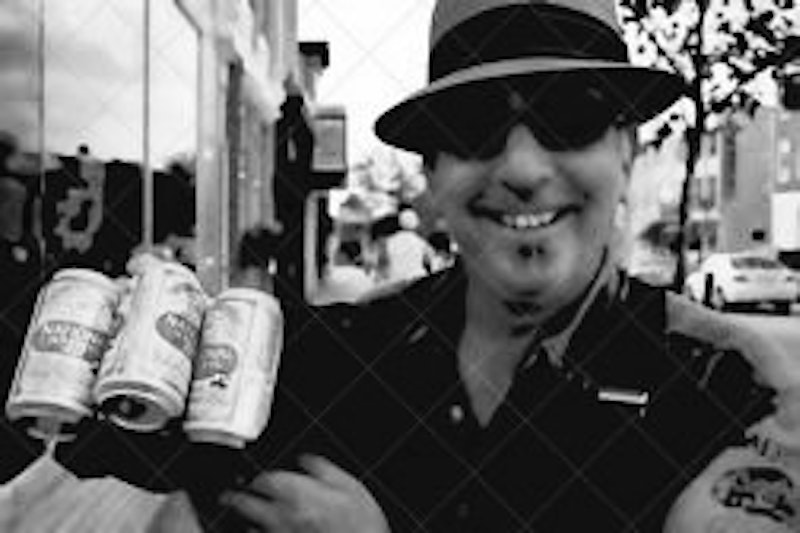 Most of the hardest drinking towns in America are located in the Midwest. The main reason is harsh winters with little to do, but hunker down in the bunker. Also there’re a large number of colleges where binge drinking is common. I’ve never been one for statistics, but know from decades of first-hand experience, Baltimore was always a hard drinking blue-collar town. Breweries and distilleries were everywhere and are making a comeback today, here in Baltimore and around the state. If it doesn’t get taxed to death it can thrive again as a major industry for the city.

I had my first beer at a family crab feast when I was eight. My uncle Charlie loved beer and he snuck/shared one with me that summer day in the backyard of my Aunt Santa’s house on Cloville Ave. I felt exhilarated and the world took on a rosy glow. Crabs and beer go together like the perfect marriage. My Mom would tell us kids when Uncle Charlie was enjoying a few too many, “Don’t mind Uncle Charlie, he’s just happy.” And he truly was one of the happiest and funniest men I ever knew.

One afternoon Uncle Charlie and his older brother, my father, were drinking beer in the backyard of our house on Arabia Ave. I was 12. Uncle Charlie had a large bag of bottle rockets and they were lighting them with their cigarettes and launching them from the empty beer bottles that were slowly accumulating under the back porch. My father handed me a beer, something he never did before. I felt honored to share that moment with two brothers, who were letting it all hang out. For a quick minute they were laughing and whooping it up like a couple of kids. It was one of the few times I saw my father very relaxed and really happy. I guessed that’s how he was before us kids and the weight of life’s gravity pulled him down.

Later, in my early-teens Aunt Helen gave my friends and me beer so we wouldn’t wander the streets getting into trouble. We found trouble anyway. Aunt Helen was Uncle Charlie’s female equivalent. She loved to laugh and sing and a lot of her twisted sense of humor rubbed off on me. By then “partying” was a normal pastime. My best friend from the neighborhood was Mike. We grew up two blocks from each other. We attended different schools until college but we shared common interests. Mainly music and partying, but film and art too. He was the reason why I went to MICA. My father wanted me to follow in his footsteps and attend Calhoun Meba Maritime School in downtown Baltimore, to become a Merchant Marine.

Mike and I are still good friends today. He was my first drinking buddy. I was an assistant on one of his early experimental Super 8 stop action animated films entitled, Brown Shoes Don’t Make It. The title was borrowed from a Mothers of Invention song. It was a dozen or so pairs of shoes, just shoes, walking around Herring Run Park. Later in college Mike produced an underground cult classic film, Dead Strippers that received critical acclaim. It was an inspired homage to John Waters’ early films, and the campy horror films of the 1960s.

Mike and I spent many nights running wild in the streets of Northeast Baltimore. Our main hangout spot was the Laundromat steps where the road forked at Hamilton and Frankford Aves. It was directly across the street from Walthers Drug Store. An old fashion druggist and soda fountain that sold beer and spirits. My older brother and his buddies hung out in the parking lot there. They were part of the Walthers gang, really just a bunch of guys who loved to party and listen to Zappa. Next to the Laundromat was a grass alley called the “cow path” since at one time it actually was a path. It was “party central” because it was hidden off the main street, the perfect location to drink beer along with other illegal activities. Mike and I thought they were cool and looked up to the “Walthers gang,” but they’d rip us off with nickel bags of all seeds and stems instead of pot. You could buy a pilfered shot of codeine Coca Cola cough syrup from a guy who worked at the drugstore for a dollar in the cow path. The perfect chaser to accompany your six of Natty Boh. A six-pack of National Bohemian beer was about two bucks. A mug of beer at the Hamilton Tavern was 50 cents.

Life at the Mount Royal Tavern was the cause of and the solution to all my problems. By the time of my freshman year, my drinking was habitual. The first bartender to serve me there was Tony. He was a freak from the old school. Long tight ponytail and goatee, with a biker persona. He was a kind and gentle soul and a great artist too. There was Betty, a tiny woman who cooked burgers and made sandwiches. Her “Betty” burgers were the best. There was John, a fine artist who loved to play the ponies. Elliot was the owner, and always seemed constantly worried, fretting over the business even though it was packed with the faithful both day and night. Also Michael, a daytime barkeep who became Tess. I worked with him pre- op, Michael in the MICA mailroom and with post- op Tess at Martick’s Restaurant. Also Meri and Roberta, two wild barmaids. Meri is an accomplished artist today. I reunited with Roberta in Brooklyn N.Y. decades later when she showed up at Kerry Smith’s Right Bank Café, where I lived and worked. She showed up one morning looking for a job and we worked together in that kitchen for several years.

The Mount Royal Tavern was my living room for almost a decade. At one point I received my mail there. Beer was the focal point of all activities, a lifestyle that encompassed every facet of my daily endeavors. I was an alcoholic and loving it. It was part of everything I did. Later on, when I was playing music as T.T.Tucker, the band motto was “free beer for life.” We didn’t always get paid for gigs but were guaranteed free beer at every gig. That went on for three decades. My drinking had become problematic. DWI’s, blackouts, fights, anger, depression, and broken relationships. By my 50s, I can honestly say I’d been thrown out of every bar in Baltimore. It’s not a source of pride or regret, just a simple fact.

The original Club Charles was a regular haunt in the 1980s. Formerly The Wigwam, the sign blinked in beautiful neon, grub and firewater. Daily Happy Hours there, with head barmaid and owner, Esther, was the highlight of my afternoons. She cussed like a sailor but was sweet as pie. She barred me many times for bad behavior, but always let me back in after two weeks of being 86’ed. By the end of the century, bars were no longer hangouts for me. The old crowd of friends and drinking buds were long gone, plus drunk driving was at zero tolerance in Baltimore.

My last DWI was 17 years ago. I racked up three of them over a period of 30 years. The last was a Memorial Day Weekend. No commissioners were available to set bail. I had to stay in the old Baltimore City Jail through the entire three-day holiday. A hellhole. Not only was the oldest guy there, I was also the only white guy. All the other incarcerates were mostly in their 20s, there for various minor drug charges. Nothing like a firsthand account of the jail lock-up experience to make you realize how broken and futile the judicial system is. It was so overcrowded we stayed and slept in the day room. There were stacks of blue plastic pallets that we slept on, like little rafts floating in a sea of roaches, mice and men.

All the young offenders in lock up called me “Pops.” One asked me, “Are you a Biker Boy, or a Mafia Man?” “If I was a Biker boy or a Mafia man, do you think I’d still be in here with you guys, I’d be bailed out of here in 20 minutes,” I replied. “Alright Pops, you’re alright…” They respected elders. Only one guy in the whole lockdown gave me a hard time. He was a food server. They had large carts with trays of slop stacked on them. He rolled around the lock up acting like he was important. When I didn’t eat the mystery meat, he gave me a dirty look and said, “I’m gonna fuck you up.” “You can eat it, or give it to somebody else,” I said. After that last DWI, I vowed never to drink and drive again. Eventually I opened a hole in the wall between my kitchen and dining room and had a bar built at my house. I christened it, The Hole the Wall. If you can’t go to the bar, bring the bar to you.

Alcoholism is an enormous American problem. I’ve lost many friends who drank themselves to early graves, and other fucked-up tragedies. I’ve had friends and family who were killed or permanently disabled by drunk drivers. Dumb luck, or the whims of laughing gods are the only reasons I can think why nothing seriously bad ever occurred in my life while drinking. No horror stories, totaled cars, or ruined lives. Sometimes you have to climb over a mountain of shit to appreciate the little things in life. Like a cold beer.