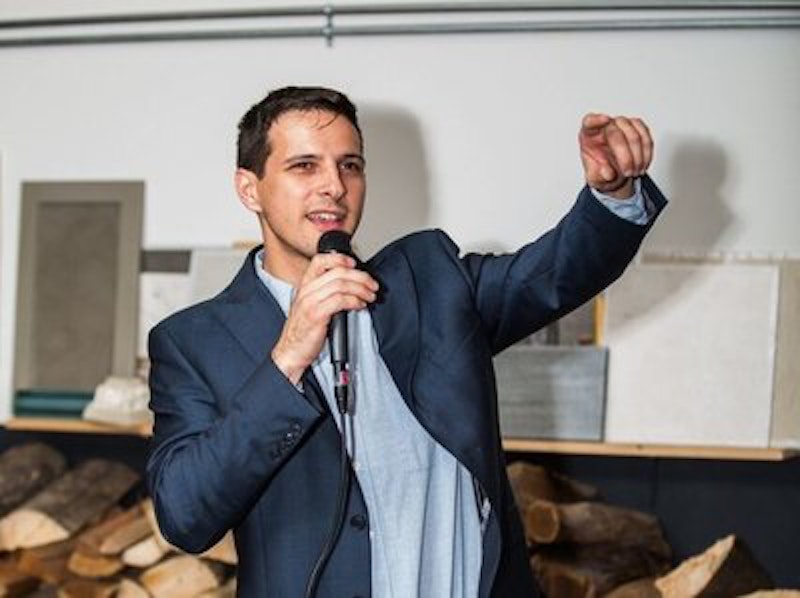 Political newcomer Democrat Ryan Dorsey won the 2016 election to serve as Councilman of Baltimore’s 3rd District. He ran a progressive campaign prioritizing inclusion, equality, arts, education, and government/police accountability. His humble presence community events, outsider status, and engaging use of social media to communicate his actions and ideas during the election season set him apart from his less compelling rivals. He cultivated the support of his constituents, the city’s arts community, and activist circles.

However, since then Dorsey has fumbled some early political footballs, including embarrassing but endearing Dude, Where’s My Car? verbal missteps in bringing forward a council resolution denouncing President Trump’s words, policies, and executive orders. Dorsey now finds himself mired by his own hyperbolic accusations leveled at Under Armour CEO Kevin Plank, whose Sagamore Development, a real estate firm, is leading the redevelopment of the Port Covington waterfront in South Baltimore to include mixed-income housing, offices, transportation upgrades, greenways and parks, retail, eateries and the Under Armour campus. The Baltimore Sun’s Yvonne Wenger—whom some Dorsey supporters have blasted as not a real journalist (i.e., fake news)—reported that Dorsey set off a firestorm with his Facebook post attacking Plank for meeting with President Trump.

Dorsey went for the jugular in the post and slammed Plank as a racist making himself available to another racist. “White supremacy cozying up to white supremacy? Shocker,” wrote Dorsey. “[Plank] is not a local. He is not from Baltimore. He does not live in Baltimore. He is not about Baltimore. He is, himself, an occupying, colonizing, culturally appropriating force.” Holy cow, that’s a mouthful! How can Dorsey bill himself as a liberal, progressive if he’s already shaming people with an interest in Baltimore for not being from Baltimore? Isn’t that nativist bigotry in its own right? Classic divide and conquer. Dorsey’s words sound academic (even privileged); he bites off more buzzwords than he can chew in one sentence, and the virtue signaling is lazy, especially when his own wealth and privilege are well documented. His delivery lacks decorum—as Mayor Pugh, Council President Young and several business leaders have noted. Despite significant online applause from fellow artists, activists, and community members, who rightfully appreciate Dorsey’s willingness to discuss racism and Baltimore’s segregation openly and confront white supremacy head on, the problem is that his argument is unfairly lobbed at one specific employer, Under Armour, without strong evidence to make his case. A broader denunciation of white supremacist tendencies, rather than an unsubstantiated, targeted barb at Under Armour, would’ve elevated Dorsey’s profile as a progressive Democrat without calling into question his judgment on the economic development front.

A few local, social media intellectuals have come to Dorsey’s defense to say that his words are not a personal attack on Plank but are an acknowledgement of the insidious, systemic workings of white supremacy. Fair enough. Sure, as an elected official, challenge the systems of racism and white supremacy, but at least do so through innovative problem solving, actually bringing together resources of government, businesses, education, arts, and community, rather than exploit the cheap thrills of social media call-out culture that, after an uproar, produces mere tiredness, silence, and apathy.

Reading the Sun article, I thought, great, now Councilman Dorsey has alienated the new Mayor, Council President, fellow members, Under Armour, investors, and citizens in need, who may wish to work for the company, live at Port Covington, or take advantage of the education and workforce development opportunities that Sagamore Development is providing. Though Dorsey might not have received the same media attention, he arguably could’ve done more good by requesting real, candid meetings with the Mayor, Council President, the Under Armour leadership, and constituents of all districts to ensure that the benefits and opportunities of the Port Covington development project reach and serve all citizens, including Baltimore’s least served, low-income youth and families. Yes, fight racism in housing and economic development, but do it through multi-pronged solution finding and not just the spouting off of a loud, inexperienced mouth. Run an actual community needs assessment and survey constituents about Port Covington, honorable councilman.

In a quick scrolling of comment sections of the Sun article and related posts about Dorsey’s outburst, one finds a balance of rowdy choruses, both those in favor and those opposed. The makeup of both parties is as diverse as the city. Dorsey might need to remind himself that races and classes living in Baltimore are not monoliths. Stop acting like everyone of a particular group is opposed to economic development of the corporate variety or to the opportunities afforded by Under Armour’s Port Covington proposal. Not everyone wants to or even has the capacity or resources to work as an artist or small business entrepreneur. Some hardworking people are excited to contribute to another man or woman’s vision—such as a successful corporation with a reputable brand and quality products.

I find the Councilman's comments to be overkill and particularly ill-reasoned: for example, his use of MTV words "culturally appropriating"—what, the culture of manufacturing sports apparel? It seems sinister for him to say such things when the city of Baltimore is trying to bring down the troubling murder rate through economic opportunity. Christ, we just had someone shot in the doorway of Red Emma’s. Reality sets in, and Dorsey’s rhetoric is tone deaf to the needs of the working class and the impoverished. Ask any Baltimore resident who’s not racist about gun violence in the city, and he or she will likely point to the need for more jobs and education. Okay. Then is it right to dismiss the Under Armour jobs, education, and workforce development opportunities? I don’t think so.

I’d argue that Dorsey’s premature accusations are job-killers, antithetical to real economic recovery for all of Baltimore, and that’s scary. It’s not fair to keep our city's residents in poverty. Sure, fine tune the TIF situation of the Port Covington deal and work out the minute details so that the plan doesn’t burden the city’s residents on the front end or take away from needed education resources—but you do that through diplomacy and deal-making, not yelling at the top of your lungs the equivalent of hate speech.

Port Covington is just one of many new employment prospects; it’s the responsibility of the Councilman, community and business leaders to identify and collaborate on other projects of size in other areas in need; the city as a whole will back them if they can identify progressive solutions for employment. An increased tax base from one venture such as Port Covington will likely support subsequent economic ventures in other parts of the city. Being an accommodating, liberal politician is realizing that some constituents want to work corporate or manufacturing or tech, and you ought to give them space to work in the city, or you’re an obstructionist. The increased job opportunities, mixed-income housing, green spaces, parks, waterways, transportation developments, and education/apprentice opportunities of Port Covington have potential to serve a wide range of stakeholders. I’m unconvinced that the Port Covington development won’t be an asset. After implementation, one could interview an array of workers and residents benefiting from Port Covington and instantly show the Councilman to be wrong. Plus, similar projects can be replicated in other parts of the city and they can have integrated transportation resources that link up with Port Covington so that multiple new development projects and living communities enrich one another.

The repercussions of Port Covington will enrich the city as a whole. If Dorsey wants developers in other parts of the city, he should be business-friendly, not accusatory, and court partners from all communities. Dorsey should also guide investment of city dollars and human capital in small and large business development, including more support for black-owned businesses, not only in his district but also in the least-served parts of the city.