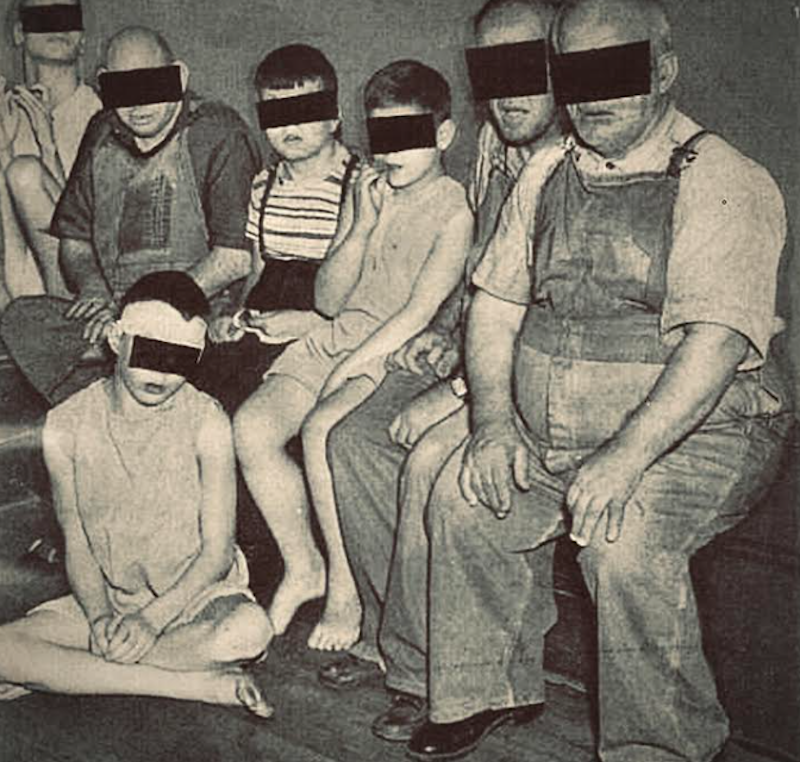 It’s a social problem that’s plagued mankind for centuries and harmed countless numbers before us. In 1676 London, Bethlem Royal Hospital was rebuilt to provide care for those who are mentally ill. The word “bedlam” which means “madness and mayhem” is thought to have originated from here. The infamous asylum served as inspiration for numerous books, television dramas, and a 1946 Boris Karloff horror film. The hospital’s well-known for its grim past.

Much of Johns Hopkins Hospital’s esteemed success, as a medical pioneer with a worldwide stellar reputation, is due in part to its Maryland location. Which seems a bit strange. considering at one point, a significant portion of the state’s population suffering from psychiatric conditions were unable to interact with the general public. Perhaps this is a case of not understanding how awful that sounds. Laws and government policies safeguarding mental health patients have a stigma; they can take forever to implement. Case in point: in what must have felt like an eternity, Maryland issued its psychiatric patient’s rights in 2007.

History shows the exteriors of the psychiatric institutions appearing trustworthy. However, inside, no one heard the desperate cries of warehoused men, women and children. For generations the standard practice was to remove individuals from society and confine them in isolation, rather than medical treatment. Humans were inhumanely ostracized. The hospitals served as dumping grounds for the forgotten.

Maryland’s peaceful countryside provided an ideal setting for this activity; a nice and private existence for keeping disturbed individuals at bay. It makes Baltimore the perfect city backdrop for the fictional Hannibal Lector and The Baltimore State Hospital for the Criminally Insane in the NBC television series Hannibal.

Myth often follows truth down the same path entwining itself with local history. Where many of these institutions once stood, now sit empty acres sandwiched between trees and vines in the wilderness. The buildings are gone, demolished or abandoned. However, the horrors inside should never be forgotten, and some are still operational.

The conditions in state facilities declined after World War II. A national consciousness began to emerge in the late-1940s. The publication of a Life article, “Bedlam 1946,” increased public awareness about problems occurring in the US mental healthcare system.

It wasn’t long until the deplorable conditions in Maryland, evidenced by its own shortcomings came to light. Daybreak on Sunday, January 9, 1949, began as any other benign morning until people read the newspaper. The Baltimore Sun published a scathing exposé of five “mental hospitals” under the headline “Maryland’s Shame.” Public outcry was swift and furious. By sundown, Gov. William Preston Lane had a serious problem on his hands.

Even into the 1960s, after many reforms, the help-and-heal institutions still pitched the public using softened language as “retreats” and sanctuaries of hope, when in truth some existed on the level of 19th-century insane asylums.

None of the hospitals mentioned in the Baltimore Sun article were equipped for brain surgery then; still patients received lobotomies, crudely applied electric shock treatments and insulin injections against their will. All had histories of violence and brutality. Due to lack of staff, patients were locked in chairs, bound in straitjackets or tied to beds, disheveled with nothing to do. “In these rooms, the combined stench of filth-soaked mattresses and unwashed bodies is almost overpowering.”

Rosewood Center, a 235-acre residential facility, was a particularly unsettling establishment for children diagnosed with developmental impairments. Many stayed until they died of old age. The Owings Mills complex built in 1888 was formerly known as the Maryland Asylum and Training School for the Feeble Minded; it was renamed Rosewood State Hospital in 1961. The US Justice Department found pervasive negligence and malpractice at the facility. Girls and boys between the ages of seven to 17 were admitted and abused. Medical records were lost along the way. In 1962, Rolf Hertsgaard, an anchorman at WBAL-TV with a trademark “Until 11, on 11, that’s the news in sight.” reported on conditions in an award-winning series “Dark Corner.”

Rosewood’s past continues to be revealed in disturbing ways. According to Jesse Bering for Slate, lawyers arranged for girls to be used as indentured servants or slaves for blue-blooded Baltimoreans. The astonishing story describes how affluent families in Forest Lawn and Catonsville got away with human trafficking. One woman adopted over 35 women. Starting in 1989, Rosewood’s crumbling old buildings were gradually shuttered and condemned.

Over the decades, deinstitutionalization and rehabilitation has evolved, but not enough. Despite health professionals having a new array of psychiatric drugs, more concise measures need to be taken. Releasing reformed mental health patients back into society came with a caveat—many couldn’t handle basic skills, so patients returned. Others found themselves out on the streets homeless and involved in crime, incapable of holding on because of too many vulnerabilities.

According to a Baltimore Fishbowl reader’s personal aftermath regarding Rosewood, “I was committed there back in 1971 at 11 years old. I was sentenced by the court in Prince George’s County. And I was physical abused. You can best believe whatever the mind can up with it happened. Well, I’m looking for a lawyer. Can someone help me huh?” Rosewood permanently closed in 2009.