A tragic end to a sad life. 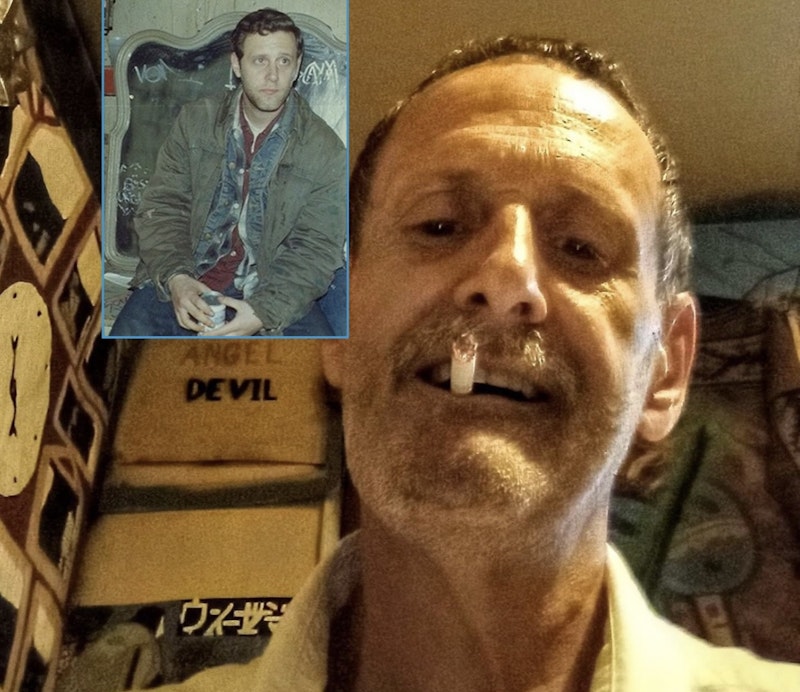 In reconstructing someone’s life, you recall your impressions of the relationship shared and the interactions that led to lifelong friendships. Including all the bumps and warts. How well can you know anyone? We don’t dwell on the bad and fondly recall the good times. Keith Worz was best at being the worst possible human at times and still came up stinking like roses.

I met Keith in 1977, first at Baltimore’s best watering hole, The Mount Royal Tavern. Punk rock was reaching its zenith in Baltimore, and we were riding high on the wave of its inglorious history as a band called Da Moronics. The first punk band in Tinytown. Holding court in our home away from home living room bar at the MRT, we were the idiot kings of a fairy tale kingdom. Keith was our court jester. It was a carefree time of loud music, endless parties, and the usual debauchery. We were young with time on our side. It was It was a fuck the world, rock on, hysterical time. There he was, Keith, on that infamous night we laid eyes on him, bouncing off the walls of the Tavern, sweating profusely, running from one end of the bar to the other. His eyeballs popping out of his cartoon head. The jukebox blasting, we found Keith’s frantic, frenzy of non-stop moving, running wordplay babble nonsense, weirdly amusing.

Eventually, Keith became the unofficial band mascot and roadie. We soon realized there was no cutting him loose. Couldn’t shake him, like a bad habit. He could be a pest, a parasite, an unbearable boorish buffoon, a real pain in the ass, a total asshole, but then again in those heady days, so was I. As time wore on, the punk scene sputtered out, the 1980s arrived like a dud firecracker. The Reagan years weighed heavy on our collective psyche. The Bush, Clinton, and yet another Bush were just around the bend. Pot, pills, and booze had segued into cocaine and heroin. Social and casual drinking became hardcore binge swilling. The drug epidemic was upon us and Keith dove into the mosh pit hell of it. We all did to some degree, in our strange ways. There was a war on drugs, an unlimited supply, and drugs always win out in the end.

Performance art in the 1980s was all the rave and live local poetry thrived too. There was always the alternative to passé musical endeavors. Keith started painting and making art. He changed his last name to Worz, signing his art with two dots over the o, making it appear like an authentic, surreal Dada name. He’d begun an unfinished LinkedIn page where he listed himself as a cerebrated artist. If nothing else, he could be cerebral, but his cerebellum got in the way of his creative success. He could and did sabotage every opportunity that came along. Then again, many share that fear of failure, fear of success syndrome. Good artist, lousy human. Great poet, shitty person.

Keith was well on his way to a daily fix, and at that time I was right behind him with my own dirty habits. Back then, heroin was the drug of choice, at least until crack hit the streets. Jack Kerouac: “The only people for me are the mad ones, the ones who are mad to live, mad to talk, made to be saved. Desirous of everything at the same time, the ones who never yawn or say a commonplace thing, but burn, burn, burn, like fabulous yellow Roman candles. Exploding like spiders across the stars and in the middle, the blue center light pop and everybody goes, AWWW!”

That sums up people like Keith. He had a knack for rubbing people the wrong way. He loved to make people feel awkward, to disgust them by revealing their private compulsions, and uncouth hypocrisy. I had a love/hate relationship with him before his demise. I saw it coming. A few weeks back, there was some chatter on social media inquiring about his whereabouts. I had no clue. I guessed he was either in jail, the looney bin, or dead. But I kept nose out of it. He overdosed. DOA. I felt numb, but wasn’t surprised. Some said he was a visionary artist and a madman. One replied he loved that crazy motherfucker. Another compared him to the Beat Generation icon, Neal Cassady. That’s a stretch, but he had his moments. Keith Worz was a wild force, sometimes beautiful, often terrible. His glass paintings and sense of humor were sublime. A tragic end to a sad life.