All Blessed Up, Part 2 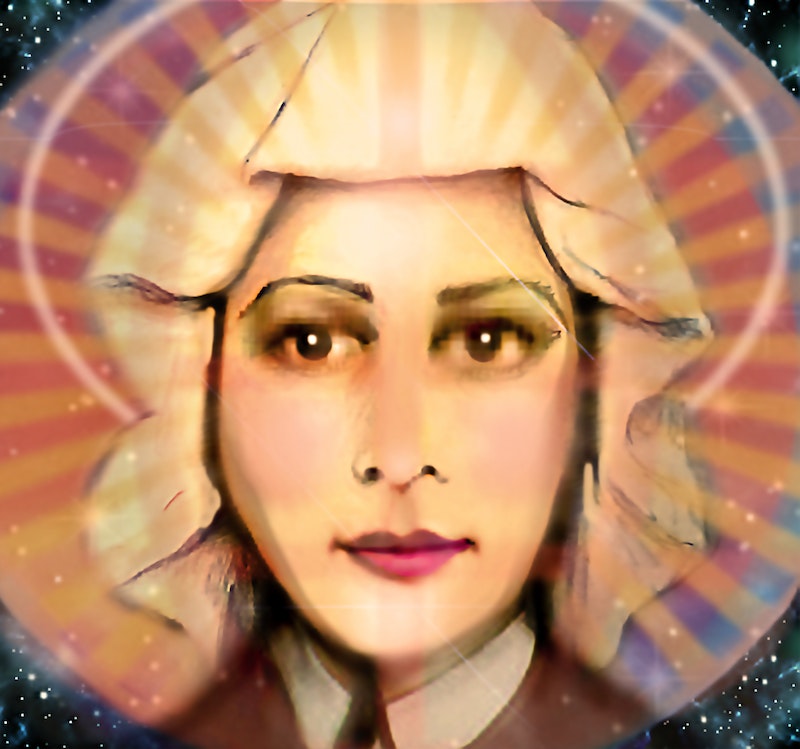 Time seemed frozen. Violet and Polly closed their eyes. High above the Potomac River, Harris imitated a cattle rustler by making a quick, sharp left. He yelled, “We’re on our way Miss Violet and Polly!” as the horses took off.

The coach arrived at a stone inn just before dusk. Everyone was exhausted and ravenous. Travel documentation stated they had to follow strict Catholic criteria on their journey. It was suppertime on a Friday. No meat. Their request was brought to the kitchen. A large man making coffee and frying bacon came out with a cooked chicken.

The girls ate bread, butter and salt. Harris finished the entire bird by himself.

Violet and Polly finally made it to Baltimore. The Federal-style convent residence on Paca St. had a keyhole. From a good observation point, they girls spied a silhouette of busy Mother Seton inside. She made time for a cordial conversation. Then down from heaven like a bolt of lightning, an old-fashioned Christian almsgiving. Mother Seton offered a prayer while placing her hands on the girls’ foreheads. “I am aware of your suffering.”

Violet and Polly couldn’t believe it, and thus began a week of eternal work. In addition to washing dishes, fluffing pillows, and clearing horse manure, straw, and rubbish off the walkways, there was cleaning an entire church and seminary grounds. They were exhausted.

Can you imagine the gall when a nun told them straight-faced, “If there’s any stray hairs or nail clippings of Mother Seton found on the floor; make sure to keep them—they’re sacred because after she dies, relics will grow scarce. Girls, you better supply yourselves.”

The interior chapel walls in the seminary were just finished. There were bugs stuck in the still-wet, hog hair and lime plaster mixture. The twins had red sores and welts as a result of flea bites. Additionally, there was the worst ever, most upsetting chore: emptying the convent night buckets. As indentured Church servants; they were less than cheerful. The idea of converting made the country girls melancholy.

At one time, Violet and Polly ran across a field of golden dandelions down to a brook to do laundry. Squatting on the banks washing undergarments, rainbow trout watched. Finding an ideal pair of trees was a task. You needed to string a line of rope to dry wet clothes.

Baltimore’s growing population was still recovering from the 1800 Fells Point yellow fever epidemic. Time for an exodus. Next morning, no sooner than a blessed communion wafer was placed on Mother Seton’s tongue while attending Mass, the girls fled. The religious misfits ran through the churchyard, past the iron gates, through the Lexington Market, down to the piers dotted with sailing clippers and schooner ships.

The twins were dazzled by the port city. Baltimore danced before their eyes; this town was special. Violet and Polly absorbed the salty air; now they had nowhere to call home. Dockworkers unloaded boats and threw fruits and vegetables into the harbor. Poor kids looking for something to eat loitering on the docks fished out peaches and melons with sticks.

Ships brought spices, tea, and Chinese opium—the poor child’s nurse. The medication was for sale in chemist shops alongside laudanum and Dover’s Powder. Opium was advertised as the savior of the day since it could ease the edge of pain. The remedy did a world of good, but most were unaware of the drug’s harmful addictive nature.

Passengers gathered in a line on one particular pier.

“Tickets for an exquisite outing, a time when youth can mingle and dance!” shouted the barker. Violet’s eyes got bigger. “That’s why we’re here!” Polly said. At 10:30, the boat departed. After crossing the Chesapeake Bay, they arrived on the Eastern Shore. Early that evening in a hotel dining room, a rockfish and oyster feast was served in five different ways.

Violet and Polly gazed at the wildlife along the serene twilight shoreline.

“If I may praise Mother Seton, this beats hay and a horse blanket,” Violet said with a sigh. “One feels such ways on occasion.” Polly agreed. Church bells rang in the distance. The twins grinned in unison.