I Am Waterwoman, Hear Me Roar

I’m tired of the word “waterman.” 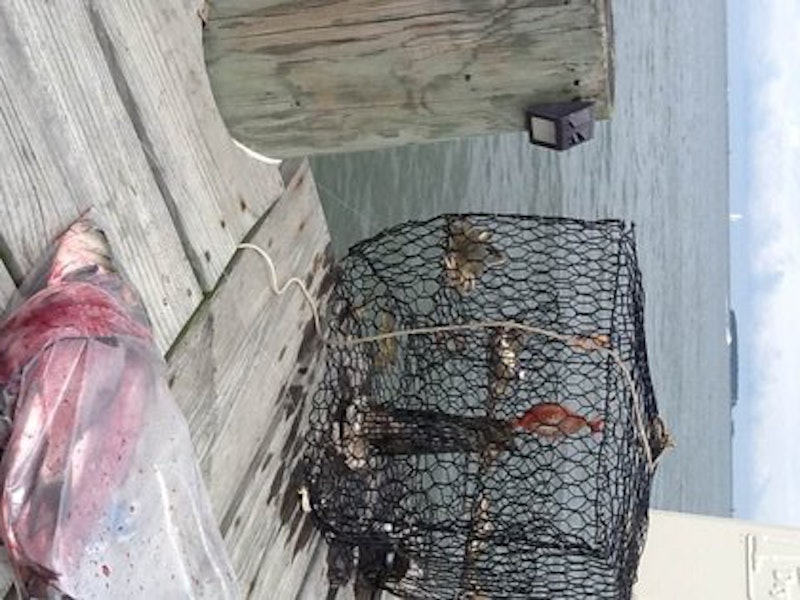 Because I’m selfish and a bad mother, I basically ran away from home this summer and rented a cottage (for weekends) on an island in order to write a novel. It’s a small Chesapeake Bay waterfront place on Tilghman Island on Maryland’s Eastern Shore. All I can hope is that my kids have really good therapists someday, and that there’s some truth to the airline wisdom for traveling with children: apply the oxygen mask to yourself first.

Anyway, one of the great things about island living is the food. Eating delicious steamed Maryland crabs throughout the course of my summer can be measured in dollars and cents, and goes something like this:

I met a waterman who agreed to deliver a dozen steamed jumbo crabs to my door for $35/dozen. I thought this was amazing. They are easily twice that much in a restaurant. I tip the guy $5 and happily eat six hot, saving six in the fridge to eat cold the next day, which I like as much or more because they’re easier to pick. I realize I can’t afford this $40 meal luxury all summer, so I try catching my own crabs, but only catch one.

My cottage landlords introduce me to Randall, the waterman who is basically the crab kingpin/mafia godfather of the entire state of Maryland. Tilghman Island has the busiest drawbridge in the nation because it has the largest commercial fishing and crabbing operation in the state. This means that a metric ton of crabs come in and out of Tilghman Island each day for six months of the year (oysters the other half), and that Randall is in charge of getting them where they need to go. If I ride my bike over to his warehouse at the dock, he will sell me steamed crabs for $20/dozen, and one time free in exchange for a six pack of beer because they had extra.

I mean, how hard can they be to steam myself, I think one day in early July. My cottage landlords have bestowed me with a fantastic vintage painted crab steamer pot, and it’s just begging to be used. Randall will sell me a dozen #1 live crabs for $10/dozen. Now they’re cheap enough to buy two dozen and pick a dozen for crabcakes. The only downside is that they’re alive, but once you get past the idea of being a crustacean murderer, you’re good to go, because death is delicious.

My next-door neighbor casually mentions that he caught 18 crabs in the pot off his dock the other day. What? How have I been dumb enough not to try to catch crabs myself off my own dock since back in May? I ride my bike over to the dock on the other side of the drawbridge from Randall to see Jerry, who is in charge of all the bait on the island. He tells me bluefish carcasses are what I need to catch crabs, and he gives me four of them, telling me to cut them in half and be sure to twist the heads to let all the oil out because that’s what the crabs like. And who doesn’t love violently ripping off fish heads to let fish brain and blood and essential oils get all over your hands and clothes so that you smell like fish for days?

And the other day, fresh from the “western shore” and wearing a black skirt and blouse, I walked down to the dock and found a dozen crabs in the pot. I squealed. I pulled the pot up, splashing water all over my phone and killing it (note to self: keeping your phone in your bra is practical for land roving, but when you are reaching downward into the bay, forget it).

I AM WATERWOMAN, HEAR ME ROAR!

I had the bizarre thought that I needed to quickly steam these crabs before they died. I saw that, after finishing the bluefish, they had already killed and eaten the smallest crab in their pot, so it was game time and I was starving. Seriously, it was like a Scarlett O’Hara moment of “I will never go hungry again!” only with crabs instead of radishes.

Catching my own crabs and then immediately cooking and eating them? I really did feel like some kind of cave/waterwoman. I now officially resent the term “waterman.” Because you just don’t hear the word waterwoman enough. Even Jerry asked to see my commercial fishing license when I went back for more bluefish carcasses, which I am pretty sure is the highest compliment a waterman can give to a come-here, touristy western shore chicken-necker type. We caught 21 crabs in the second batch, which means we win the crab Olympics over the neighbors.

My new favorite (and free) dining style? Bay to table.

—For more on waterwoman life, read Mary McCarthy’s “Girl Versus Island” series or her how-to on steaming Maryland crabs.