It’s how Jesus would say it now if he were still around. 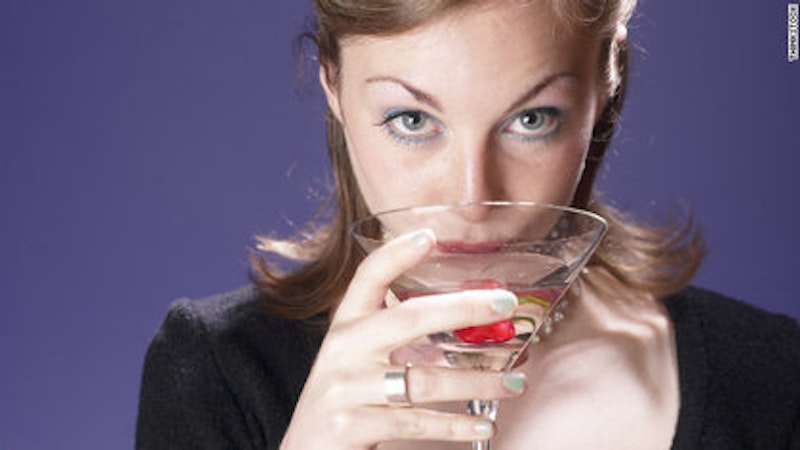 I think women judging other women is an outrage. Forgive me, then, while I become a complete hypocrite and ignore that statement by proceeding to judge judgmental bitches.

A recent CNN article by Shanon Cook called “Moms Gone Wild,” made the rounds on the internet a few weeks ago, expanding on the basic concepts of The Awl’s article “The 40 Year Old Reversion,” where Amy Sohn writes:

There are 500 comments on that article, and many of them are deeply judgmental of the author, who in my opinion is just telling it like she sees it up in that crazy old Big Apple. She's not justifying the behavior, she's just observing it.

Both articles describe a 50 Shades of-Grey-with-a-side-of-Magic-Mike inspired trend in fortysomething women burned out on responsibility and obligation, who discover themselves with older kids, changed hormones, and increased sex drives. (Disclaimer: I am 43 and will admit that the last sentence resonates in some ways with me). I spoke to a physician my age the other day and she told me, “I mean, I love my husband, but there’s something about that V-shaped ab area on younger guys that makes me feel like I am 16 years old again.”

Call it cougarville. Call it a mid-life crisis. Call it The Regressives. Call it what you want, but don’t sit around and judge other women who are experiencing something off the beaten track of our pre-determined paths of marriage and motherhood.

As a woman who lives in a small town and has seen any variety of alternative-to-traditional behaviors in women, it seems to me there are two types of women (not really, but for the purposes of this piece I am focusing on two particular varieties). Good girls and Bad girls.

Like Sandy in Grease (before she went all leather and Jersey hair at the end), many “good girls” do what they are supposed to do. They go to college (so they can be frustrated not being able to have enough energy to pursue a career because they then…), get married and have kids, then proceed to become massively preoccupied with the lives of their children because they don’t have lives of their own.

Gotta say, I always identified more with Rizzo than Sandy (give me "Look at Me I'm Sandra Dee" over "Hopelessly Devoted to You" any day of the week).

A few times recently I’ve found myself being judged by other women. I rented a cottage on an island for summer weekends to write a novel (about women cheating on their husbands), and this sent off a mushroom cloud of gossip in my small town that still makes traffic visibility sketchy months later. I went to a national blogging conference and had crazy fun at an otherwise boring party and then read murmurings online about all the “mom bloggers gone wild.”

Honestly. The “gone wild” thing is getting cliché.

It’s often true that some of the women who talk shit about other women are feeling so guilty about their own acted on or ignored feelings that they project their misery onto women who are happy. Or, they are super conservative religious types who have no understanding or tolerance of the loose-broad behavior associated with less saintly types. Let me say this. I used to be judgmental. I’m reformed. In like my 20s, I was all “Oh my God she isn’t married and she has a kid?” or “She’s divorced, so I don’t want to hang out with her type” (in case it’s contagious?) or “She isn’t even a good mom.” I regret those days. I regret wasting time judging other women whose sex, drugs and rock and roll have nothing to do with me.

Now, in my 40s, I’m very much like “rock on, sister” to all women. You’re a professor and you are thinking about having an affair with one of your college students? Rock on, sister. You spank your kids even though I never would? You go, girl. Smoke pot while the kids do their homework? Carry on, bitch. Who am I to judge you, or anyone?

So in my life, now, where I prefer quality girlfriend time with one or two friends versus unnerving group gatherings that trigger social anxiety, there are two kinds of women. They have nothing to do with bad vs. good girls and everything to do with women who condescendingly judge other women, and those who don’t. Women who don’t judge and who are loyal friends are the ones I want to hang out with; the women who realize they are not perfect. I’m sure as shit not perfect.

—Mary McCarthy blogs at Pajamas and Coffee and is working on her first novel, The Scarlet Letter Society.