Why I'm Rooting For an O's/Nats World Series

The Red Sox are toast, so I’ll settle for second best. 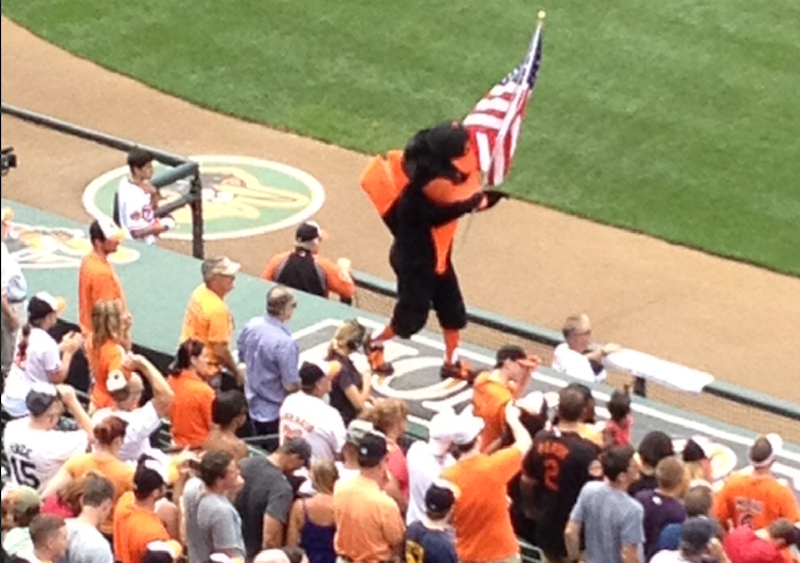 As the 2012 MLB season hits the 100-game mark, I’ve had to face a stark reality: the Boston Red Sox will play no meaningful games from now until the end of September. Maybe it’s the curse of continuing the puke-inducing tradition of playing “Sweet Caroline” at each Fenway Park game; at least that’s what I’d like to think. In reality, owner John Henry has gone AWOL, morphing into a penny-pinching scatterbrain who has let his management team hamstring new GM Ben Cherington, and, as a result, the most obvious future fix for the team—selling wholesale at the July 31 trading deadline, including Jacoby Ellsbury, Jon Lester and David Ortiz, for starters—won’t be realized. The Sox will do nothing and drift… maybe for years.

So, in addition to pinning my hopes on a Yankees post-season failure (if the Sox can’t win, that’s the next best result), I thought the other morning about just how nifty it’d be if, somehow, some way, the World Series were a metro match-up of the Washington Nationals and Baltimore Orioles. The Nats are almost a lock for the playoffs; the O’s, well, to win a wild card spot they’d have to do something uncharacteristically drastic, like actually acquiring an impact player at the deadline—rental Zack Greinke, for example—but it’s an upside down world, so it’s not outside the realm of possibility.

Admittedly, there’s a selfish motivation here: I live in Baltimore, and it’s possible I could dip into the favor bank and score some tickets for playoff games. My son Booker has never been to a post-season game and, with the Sox destined for a sub-.500 season (as well as his fantasy team mired in mediocrity), it’d be a swell autumn diversion. And, civic booster that I am, the amount of business that small retailers and food/drink establishments would reap from such a scenario is a factor as well.

A little off-topic here, but grounded more in reality, as I look forward to Sunday’s O’s game against the miracle Oakland A’s, is my continual wonder at why the American flag at Camden Yards is so darn tiny. Really, you can barely see it out in center field. As time spins by for this duffer, I’ve come to appreciate the ritual before each game of standing up, hand on heart, and listening to “The Star-Spangled Banner.” It’s really a magnificent song, despite all the misanthropes who complain about it, and of course has local significance. As a youth, I grudgingly stood (or didn’t when I was a teenager during the Vietnam years), but especially since 9/11 the national anthem, as well as the seventh inning rendition of “God Bless America” sometimes causes a lump in my throat. Don’t know why, since I’m not a robotic “America right or wrong” kind of guy, but, in current parlance, there it is.

It’s true that the various high school bands or local mini-celebrities who perform the songs at Camden Yards aren’t that great, but it’s their moment to shine, and that’s reason enough to cheer them on. Still, although, as mentioned above (and in about 500 articles I’ve written over the years) I hate the Yanks, for a time after 9/11, when Irish tenor Ronan Tynan sang “God Bless America” it was something to behold. (Tynan got in dutch with NYY brass after an alleged anti-Semitic exchange in 2009, and was quickly banished from Yankee Stadium.)

What made Tynan’s four minutes noteworthy, aside from his chilling voice, was that he included all the words to the song, unlike at any other ballpark: “While the storm clouds gather far from the sea/Let us swear allegiance to a land that’s free,/Let us all be grateful for a land so fair,/As we raise our voices in solemn prayer.” And then on to the familiar prairies, white foam, mountains and home sweet home.

Well, I said it was a digression. Anyhow, since the Nats are the most exciting team in baseball this year (with the exception of the singular performance of the Angels’ 20-year-old Mike Trout), I’ve begun planting the seeds for procuring seats at both Camden Yards and Nationals Park.