How I Learned to Love Private School 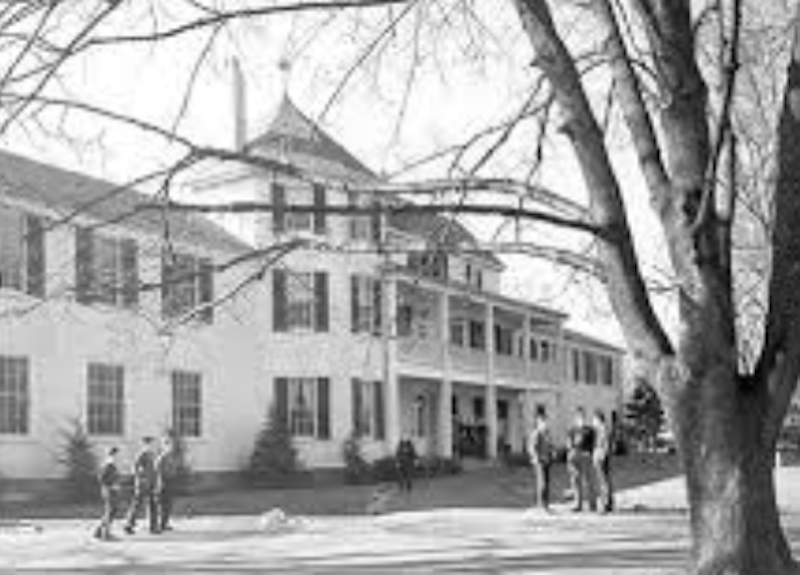 It was 1966 and I was 16. Following my love of music, I’d entered a small, “elite” world of teens who followed the Rolling Stones and lesser-known blues instead of bubblegum pop radio. We were, ahem, more artistic types, who read books, discussed politics and current events, tutored at inner-city schools, liked museums, collected old records, and experimented with pot. We were talkers and dreamers. Some wanted to be poets and writers, others to travel the world, and some were rebels who aimed to go back to the land and create a better society without rules, bosses, bullies, patriotic Christian values or money. We admired girls who wore their hair naturally, had granny glasses and jeans, didn’t use make-up, played music, wrote poetry and had strong opinions about art and politics.

That’s how I first met Eric, king of Towson hippies. He’d come to some of our shows to make an appearance at the scene, and show off his very long hair, fringe-leather jacket and cowboy boots. He’d impress people with his knowledge of music, books and social trends, and if he liked you, give you a hit from his reefer. We’d speak very briefly, if at all. At first, I didn’t think I had anything near his popularity or charisma to occupy his attention.

At this point, Eric was only an acquaintance, and not a friend. We went to different schools, so we couldn’t interact much. This is because my mother had become increasingly distressed by my poor performance in the local public schools, and my bad friends, who were mostly poor students and troublemakers. At the end of sixth grade, we’d had moved out of the rough-edged Irish Catholic Rodgers Forge neighborhood of 1940s middle-class townhouses, to a single-family home on the slightly more upper-middle class southern end of Towson, hoping that would help me focus, and “perform to the level of my ability.”

She made the radical decision, against my father’s and my wishes, to send me to a private boys’ high school (St. Paul’s School for Boys) out in the country. That was something rich people did, and we were definitely not rich. But private schools kept students busy until late afternoon with healthy sports and other activities, avoiding the bad-boy after-school activities. My mother was a high school foreign language teacher in selective college prep Baltimore City Public School, which paid well enough to cover the private school tuition. She basically invested her life savings on me, to make damn sure I’d go to college, which she regularly reminded me. It was a mother’s carefully plotted guilt trip for me, but it worked.

St. Paul’s was academically serious with a big workload. Going out or watching TV on school nights was forbidden. I had homework every night in every class, including lots of reading—which, because of the high quality of novels assigned, I enjoyed. I don’t think I’d read a complete novel until 10th grade. It was a new world. During the school year, I had to read a book a week and write a three-five page paper about it. Under my English-major mom’s tutelage, I became pretty good at writing, and for the first time in my life got steady A’s in school assignments.  There’s nothing like success for inspiration, so I liked the private school idea.

Public school was like a prison to me. The private school was much freer. They sold candy and soda in the cafeteria. All of our English books had controversial elements that wouldn’t have been permitted by a County Board Of Education. Some teachers smoked in the classroom, cursed if they felt like it, and joked around, because classes were half the size of the public school. Teasing, bullying, shouting out, and getting sent to the principal’s office didn’t happen. If you broke a rule, you didn’t sit in detention, but had to wash windows or rake leaves—something productive. The days were shorter because there were no gym or technical classes. It was math, science, English, history, and a foreign language (French or Spanish only). No art or music classes—that was for your own time.

The modern St. Paul’s touts that their student experience is “unlimited.” I remember it as limited, which was great. It enabled my wandering mind to focus, and appreciate finer basic points, instead of suffering an overwhelming buffet of choices. Sports happened after school for two hours. It was football in the fall and lacrosse in the spring.  You got some exercise, and then went home to dinner and two or hours of homework. You learned how to learn. I think that’s missing today.

The school had a lot of wealthy, polished upper-class boys who lived on big country estates. There were rough-around-the-edges middle class Towsonites like me, and I suppose I got along best with them. Everyone knew each other, and despite some joking and teasing, I don’t remember fights—like nearly every day in public school. I’m still grateful for the experience. Thanks, Mom.