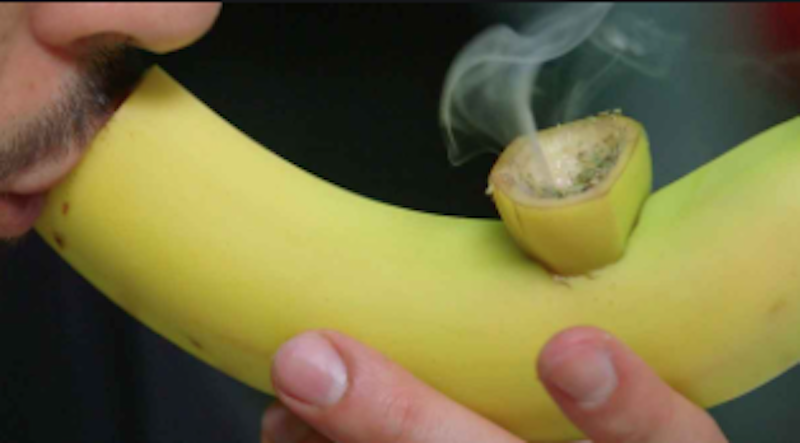 I was a senior, dragging my feet to graduation, preparing to leave Towson for college in Washington, D.C. I had just a few friends at St. Paul’s, the private boys high school my mother insisted I attend to escape the sorry public schools. However, three years in a prep school couldn’t erase 14 years of Towson’s brawling, working stiff culture.

Some of my private school friends had a bit of the Towson outcast culture. They weren’t the upper-class strivers, the leaders, and sports heroes with polished girlfriends from good families, whose parents went to private schools too.

Like me, they’d been public school slackers. They lived in small houses in middle-class neighborhoods. Like mine, their parents had paid for expensive tuition, so their kids would get a good college education, and avoid a life of changing Volkswagen mufflers and brakes.

The preppies, unlike me, lived in upscale neighborhoods. They went to steeplechase horse races, where they sipped bourbon and Coke from red plastic cups, wore glen plaid jackets and regiment ties, and were accompanied by impossibly skinny girlfriends in silky frocks. Some had inherited fuck-you money, and were destined for ivy-league universities and important positions in notable firms.

My old friends from Towson had dropped out of high school, and considered themselves self-made artists, tough guys who could make their way in the world without the upper crust fluff. We were hitchhikers, rebels and risk takers. We read Jack Kerouac, studied Bob Dylan and smoked banana peels. My first allegiances were to Eric, our budding folksinger friend, Tim, and the other fringe people of Towson. As a final finger to the establishment, instead of going to my senior prom formal on graduation night, I drove through the countryside with Eric and Tim, sharing a bottle of whisky, and a few bowls of weed.

Nevertheless, high school graduation was the beginning of the end. My teenage band had broken up. After four years, we’d found other pastimes—like motorcycles, girlfriends, moving to Greenwich Village, or working in a machine shop to make enough money to move out of the parents’ house.

Also, I’d visited Europe twice, and had my eyes opened to a much different world. I was anxious to go again, and spent much of the year finding a way to spend the summer before college working in Europe. I discovered cheap flights to Europe on Icelandic Airlines. They flew out of JFK in agonizingly slow propeller planes from the 1950s. The trip took 14 hours. Known as the “Hippie Airline” because seats were just $180 round-trip, Icelandic’s planes were packed with long-haired college-age boomers clutching Europe On $5 A Day guidebooks. An international student travel/work organization found me a job. Because I’d studied French, I hoped for a glamorous desk job in Paris—like the ones pictured in their brochures.

The actual jobs were washing dishes in resorts or laboring on a remote farm. I was disappointed that I was assigned to a little family dairy farm in rural French Switzerland. It paid just enough to cover the airfares, and since I, shockingly, had graduated on the Dean’s List, my parents sprung for another $200 in mad money for side trips and souvenirs.

To my surprise, the Swiss family was a fun, progressive young couple, with a one-year-old boy. They took me to wineries, historic spots, picnics, and mountain hikes. I used their moped to explore back roads and 200- year-old villages on days off. They didn’t speak a word of English, but were very patient teaching me French, and I learned more in eight weeks with them than in six years of school. Wine, cheese, chocolate and fresh French bread was endless. Most of the food came from their farm and the tiny Gruyere cheese factory across the street.

We had such a good time that they asked me to stay. I could’ve married one of their nieces and had a stake in the farm. It was tempting. It would be an unusual life, leaving American suburbia behind, the race riots, assassinations, gun culture, and the draft. But at the end of the summer, I knew my mother would be devastated if I didn’t come home and go to college.

I did have a student deferment from the draft, and was curious about the freedom of college in glamorous Washington D.C. I was a city boy who wanted to see the world. Settling down at 18 didn’t seem right. But I was on the fence, and still wonder what life would be like now, if I’d stayed on the farm.

I made one detour first—to London. A high school friend had told me he’d joined the Scientology movement, would spend the summer at their headquarters in East Grinstead, 30 minutes south of London, and said I should visit. East Grinstead was established in the Fifth century by invading Saxons. It was notable, over several centuries, as a gathering point for England’s crackpot religions and spiritualist organizations, so of course the Scientologists established a presence there, on a large estate. There, they trained disciples to promote their magic powers to cure the universe of its ills—or something like that.

The Scientologists gave me a warm welcome, and offered me a “free test on their e-meter, which would determine my suitability to become a Scientologist.” I held two tin cans wired to a speedometer-looking gizmo. They asked a series of questions, took notes, and at the end claimed I showed good potential for developing supernatural powers, and become an Operating Thetan.

They worked hard to convince me to abandon my upcoming university education, to stay in East Grinstead, and train with them. Though kind of interested, I wasn’t convinced, and to buy some time, said I had to call my parents to get an okay from them.

Luckily, they weren’t home. So, with as much regret as I could fake, I told them I had a flight from Luxembourg the next morning, and had to leave immediately. My high school friend took me to the train station, and I promised to return as soon as I sorted things out with my parents. Of course, I had no intention of doing that.

I spent the night in London, happy to be in a big city for the first time in months. It was August 20th, 1968 and walking through central London, I stumbled on a full-tilt riot outside the Czech Embassy. The night before, Russia and its Iron Curtain allies had invaded Czechoslovakia, overthrowing the progressive leader, Alexander Dubcek, and the streets were filled with hysterical Czech nationals and their British sympathizers.

Czech Flags and placards filled the streets. Protesters threw bottles and rocks, and police lobbed tear gas. It was very exciting, but too violent for my comfort, so I drifted away. Besides, I wanted to see the just-released 2001: A Space Odyssey, which started in an hour. It was playing in London’s premiere movie theater, The Odeon, Leicester Square. Built in 1937, it was a gigantic 2100-seat Art Deco movie palace. Smoking was still allowed, and each seat had a built-in ashtray. They delivered ice cream to your seat during intermission. How sophisticated! At the end of the film, I felt I was in a new dimension that allowed me to see 35 years into the future, where changes would be dizzying and magical, and technology would open the doors to infinite wisdom. We were children of the universe. We were in the Age of Aquarius. I wanted to jump right in.

What a week to witness a world of changes. What a good time to be 18 in America. Felling very worldly, I couldn’t wait to get back to Towson and tell my friends about all I’d seen. Now, thinking about it in 2020, I’m glad I’m not 18 today.