Baltimorese is Deader Than a Pterodactyl 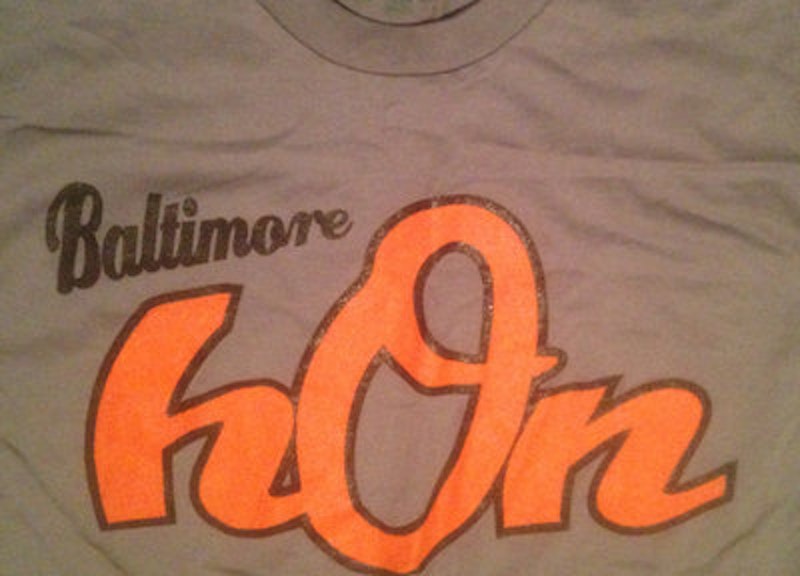 The Associated Press recently advanced a story about the evolution and Darwinian disappearance of Philadelphia’s curiously inflected twang in which the Eagles are Iggles, bagels are beggles and water is wooder. The Southern tonal tongue is moving north and the sounds of adenoids in distress are vanishing.

Next came a cartographic division of American English into 24 regions, each defined by a peculiar set of words, sounds, grunts, syllables, phrases and neologisms, all cataloged and subdivided by Robert Delaney, a reference associate at Long Island University. And it was Merl Reagle, of Tampa, America’s master designer of crossword puzzles, who observed that the English language is “the greatest toy a boy ever had.”

In the world of Twitter-speak, words such as FOMO, selfie, squee, OMG, twerk, jorts, omnishambles and srsly, Baltimore’s been punked again. Nowhere, in any reference work, large or small—save for the lean handbook compiled by the late AP writer Gordon Beard—does the city receive credit for having contrived a language all its own. Listen up: Beeno (B&O); Zink (sink); Awl (oil); Droodle Park (Druid Hill Park). And that’s just for starters.

At another time, in another century, it was as if the whole city was suffering catarrh, twanging through defective septums to string six diphthongs into an entire language devoid of a single vowel.

Now the ancient air known affectionately as Baltimorese is deader than a pterodactyl, hung out to dry like some musty hieroglyph, spread out among the mummies and Dead Sea Scrolls.

Oh, the curious with an ear for verbal contortions can still slouch over to Conkling St. and hear the keening of English like wind passing through a bagpipe, creating a muffle of misbegotten fricatives, for Highlandtown is the last reliquary of the city’s mother tongue. The rest of Baltimore is singing a new tune. (It has been estimated, by one count, that at least a dozen different languages are spoken in the resettlement warrens of East Baltimore in addition to Baltimorese.)

A close neighborhood companion was South Baltimore, the old Sixth District, where if you walked into a local tavern and yelled “Bunkey” 25 heads would spin around to acknowledge the greeting. But Bunkey doesn’t live there anymore. Bunkey’s been eased out by the likes of David Simon, Laura Lippman and Stephen Hunter, who not only speak the king’s English but translate it into books, television shows and films (not movies).

The apogee of South Baltimorese intersected neatly with the golden age of polyester, circa the 1970s, when it was observed that the supreme bunkey himself, the late State Sen. Harry “Soft Shoes” McGuirk*, could put a hundred “double-knitters” on the street on election day, draped in bolts of fabric that bespoke a test tube rather than a mill or loom.

Listen back. If authentic Baltimorese often had the sound of a seal barking, consider that the city was once a bustling seaport that drew to its shores people of dubiously twisted diction. Careful listeners detected within the chipped edge of East Baltimore a curious commingling of Cockney, Brooklynese, and West Virginia hillbilly: payment (pavement), athalete (athlete), lemon moran (meringue), arther (author). And how will we ever forget the sacred nasal O? Sayo, hon, hayow abayout dem Ayos? (So, hon, how about those Orioles?) At its cultural high point, twang-perfect cacophonic Baltimorese could make fingernails screeching across a blackboard sound as lyrical as the second act of La Boheme.

Hearing a language die is similar to watching one generation of Baltimoreans pass on while the next goes off to fancy out-of-state universities. As surely as the city’s old folks fanned out into the leafy ‘burbs and to the company town of Dundalk, the kids came home from college and settled their families in edge cities such as Owings Mills, Lutherville and Timonium and now, beyond, even as far north as Pennsylvania where still another alien language strains the ear, that of Pennsylvania Dutch. And as surely as they traded formstone for red bricks and aluminum siding, their nasal Os have faded.

Add to that 30 or 40 years of urban influx by yuppies and Gen-Xers with earth shoes and multi-tiered degrees drawn to the glitzy needle-nosed office buildings—bringing with them the distant sounds of New England and the West and even now a Diaspora’s polyglot of foreign war-torn nations—and the local dialect was bound to suffer in the oral melting pot.

At the same time, the city proper has become majority black in an ocean of Cream-of-Wheat counties. This new majority has added a patois of its own that includes the speech patterns and rhythms of the Carolinas, Georgia, the Mississippi Delta, Gullah (Ebonics)—and a curious new argot that seems to rise organically from the asphalt. Signifying is worse than lying.

Now mix in the homogenizing influence of television, the medium that affects the ear as well as the eye. Networks and TV stations spend thousands on voice coaches to train anchors so their speech stretches across cultural chasms with as little aural jolt as possible. By and large, the voices of Williams, Sawyer, Matthews, Blitzer and Ifil have become the voices of the land, a single America-speak that’s helping blur regional nuances and wipe out iniquities of language and custom, such as Baltimorese. America is a borderless nation of common denominators.

Is this passing worthy of mourning? Imagine, if you can, the late Mimi DiPietro reading the news on TV, the waitresses at Bud Paolino’s crab house giving diction lessons, or the ambassadors to OPEC discussing millions of barrels of “awl” while eating “coddies.” Maybe the dawning of America-speak isn’t such a bad thing.

Not that we shouldn’t savor a few public epitaphs to the dying language’s scrambled syntax. The Café Hon in Hampden is one. So, too, is the metallic sign on Russell St., “Welcome to Baltimore,” to which some spraypaint Michelangelo once appended the loving afterthought, “Hon.”

And if Highlandtown can hold out, it will remain as the last place on earth where steps are “stoops,” and police (PO-leece) carry “espantoons,” not Billy clubs. And when someone’s injured or ill, 911 will bring help quicker than you can say “ambelanz” (ambulance), especially if the sick somebody has “arthuritis” (arthritis).

So with one ear cocked to the past and the other toward the future, it’s almost a blessing in Baltimore to say: From your lips to God’s ear—hon.

*McGuirk derived his sobriquet “Soft Shoes” from a sly observation by his Senate-mate, Joseph Bertorelli, of East Baltimore, who said: “He kind of sneaks up on you like he’s wearing soft shoes.”