Suburbs and Exurbs Are Dead

Look at Baltimore to see the demographic flip-flop. 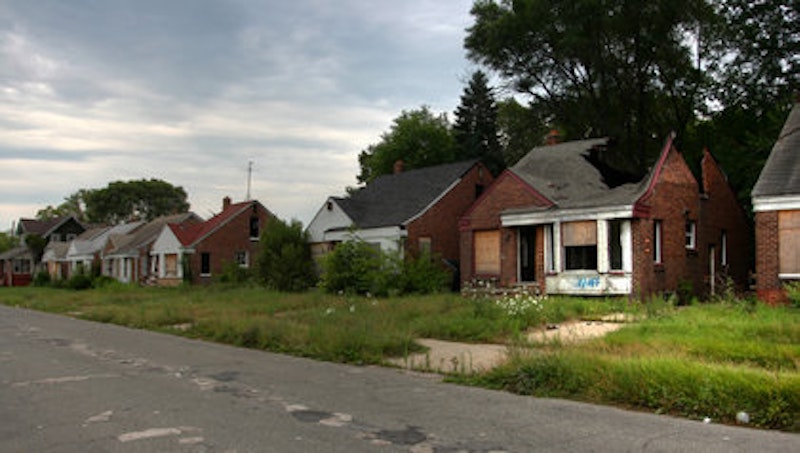 Cities are back. Cities are fun. Cities are cool. There’s a certain vibe that bounces up from the asphalt that can’t be replicated in the greenswards of suburbia. Cities have style. They have a pulse. They bring people together and they’re closer to what people want without having to push two tons of sheet metal from here to there.

There are rhythms and cycles to cities. They are built and rebuilt. They fade into smudged urban junkyards only to be resuscitated into gleaming vertical tree houses surrounded by the temblors of commerce. People are rediscovering that they want to live where they work and eat and play where they live.

Health and the environment play a part in municipal revival as well. Young people are hip to the fact that life on a couch can kill faster than a run on a treadmill or a brisk walk to Starbucks. And nothing will start an argument faster than global warming. But the young would rather walk or peddle than take a chance on asphyxiation by auto emission or Ozone collapse. A pox on the car unless, of course, it’s a plug-in.

It is a long-held article of faith that once government installs sewer lines and highways the malls and the condos will follow. That equation is now in reverse. Outward growth is slowing and inward growth is speeding up.

In her new book, The End of the Suburbs, Leah Gallagher, posits that the suburbs and their outward extension, the exurbs, are dying if not already dead. People, she says, are too far away from where they want to be and what they need. They want to walk to where they want to be. The concept of walk-able underlies the success and durability of most major European cities. The website walkablecommunities.com lists Baltimore’s Federal Hill as among the most walk-able communities in America. And the cover story in the current issue of The Atlantic presents cities as the new frontier for retail and high-tech commerce.

Cities originally were built for easy access and casual conversation. Streets were narrow and sidewalks were wide. Annapolis, Maryland’s antique capital, is a living example. The city’s narrow winding streets and circles allowed pedestrians to converse across cobblestones without impeding horse-drawn transportation or diverting their destinations.

In the 1970s, the Citizens Planning and Housing Association (CPHA) identified more than 350 unique neighborhoods in Baltimore. In real estate ads, houses were listed not only by street address but by Catholic Church parish to convey a sense of community. Much of that communal spirit has broken down in the suburbs where neighbors don’t even know neighbors and the automobile is as essential as a power mower.

Demographics are destiny. The birth rate across America is down. Cities have become playgrounds as well as habitats for young people while the suburbs are rapidly turning into encampments for the sclerotic. The elderly include many of those who originally fled the cities in search of the bleached Zip Codes of earlier suburbia.

Now they are stuck with their mortgage-free houses, two cars, Social Security stipends and inability to afford the pricey new waterfront condos. (The original $1 houses in Baltimore’s Otterbein are now all gussied up and assessed at nearly $1 million.) Crime is up in the suburbs and down in cities. And in the cities, supplemental transportation such as circulators, Zip Cars and bicycle lanes facilitates mobility. Baltimore is considering adding a trolley system.

And without considering consequences, many suburbs have built the slums of the future in their haste to accommodate white flight as well as the civic indifference of overeager developers. Lack of adequate facilities (infrastructure), haphazard zoning and shoddy building materials are omens of apocalypse for the suburbs. Many subdivisions are Potemkin villages of plywood and aluminum siding with nary a brick in sight. One guidepost to the future of suburbia was the arrival of a pawn shop and a laundromat on the main road through Owings Mills.

There are now statistically more poor people in Baltimore County than there are in the Baltimore City. That is due mainly to government manipulation and money and the abundance of rental apartments in cluster centers such as Towson, Cockeysville and Owings Mills.

One of the few socially redeeming institutions in the suburbs is the occasional quality school. Child-rearing parents who abandon cities are likely those who can’t afford private schools and are in search of comparable public education for their kids. Schools, more than taxes, determine the mobility path of young couples even though property taxes in Baltimore, for example, are more than double those of any of the 23 counties. The young singles and childless couples don’t seem to mind the tariff.

Development and commerce follow many trends and not just tax breaks. Big box stores, for 50 years the mainstays of the suburbs, have rediscovered cities. They’ve deployed to New York City as has high-tech commerce. Silicon Valley is moving many of its operations into the San Francisco city limits to accommodate its workers. Much of the inward movement is occurring in rehabilitated industrial and warehouse buildings. And Boston is one of America’s great cities that never surrendered to the suburbs. It remained intact.

Los Angeles, by contrast, truly is a great big freeway, forever reliant on the automobile. Legend has it that General Motors seduced the city with money and promises in exchange for replacing public transit with expressways to nowhere and endless ribbons of cars under a parabola of smog. Was Baltimore in on the grab, too, when it dug up its trolley tracks more than a half century ago to make way for cars?

Baltimore is back. The Shops at Canton Crossing opened on Boston St. recently with Target as the anchor and a supporting cast of other shops to appeal to the new generation of residents in the gentrified area. Nearby, there are 1000 new apartments at Brewer’s Hill.

In the center of it all, Harbor Point, with a helping hand from city government, will rise—1000 dwelling units, an assortment of commercial buildings, the new home of Exelon Tower and the usual mix of retail shops. And Recreation Pier, at Fells Point, is in the pipeline to become a hotel. All of this is hard by Harbor East, the wildly successful city-within-a-city and entertainment hub.

And you can bet that Little Italy, with its declining elderly population and its vacant restaurants, will be one of the next hot development areas because of its location across the avenue from Harbor East and the availability of choice real estate. Little Italy’s eastern border, Central Ave., is being reborn with steel-and-glass condos as well an upgraded Italian eat-in pastry shop. Little Italy will thrive as long as St. Leo’s Church anchors the neighborhood.

Uptown, Walmart, love it or hate it, is building in the Remington neighborhood at 25th Street Station. It, too, will be accompanied by an assortment of specialty shops. And the Rotunda property, on 41st St,, is being re-fashioned into a colony of apartments and modern shopping venues to accommodate the recent arrival of young, artsy-craftsy homesteaders in the transforming working-class neighborhood of Hampden.

The trend to cities must be giving the good burghers in Towson a fit. They are trying desperately to give the Baltimore County seat an urban look and the feel of a city. There’s hustle and activity at Towson Square and Towson Common, two artifacts from another era that are being buffed up with new investment and a new come-hither appeal.

And in Owings Mills, living and locomotion are being combined at the Metro station. A mixed-use (a developer’s phrase) development incorporating a high-rise apartment building is underway on state-owned land next to the Metro tracks to accommodate people who want to live a few steps from public transportation, an effort to mimic cities.

The strengths of a city’s rebirth are also its weaknesses. One of the futuristic problems for Baltimore is that its center of gravity constantly shifts. Soon there may be no center city left because of the competition for tenants. The first wave of renewal was Charles Center. Then came Federal Hill followed by Harborplace and the rest of Pratt St. Fells Point was not far behind only to be overtaken by Harbor East and Canton. And now comes Harbor Point, offering commercial and residential space at lower government subsidized rates.

Certain academics at Johns Hopkins, Loyola Universities and the Cato Institute have fulminated over the years that high taxes were responsible for Baltimore’s population decline. They were and are high and wide off the mark. People’s primal fears were the cause of flight and not the tax collector. But that’s mainly over. The impetus now is build it, and they will come. But make it walk-able, make it youthful and make it fun. And it’ll likely be in a city.