Hands-on fun for kids of all ages at Ripley's Odditorium and others. 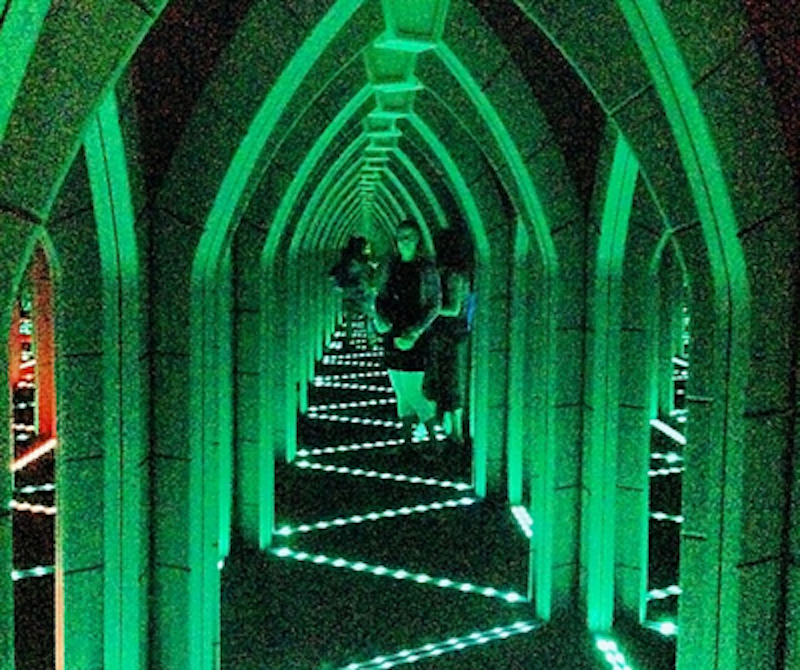 “This is the best museum I’ve ever been to, Mom,” said my eight-year-old son. “It’s not boring like the other museums we always go to.”

Bobby said this a few weeks ago after we spent the day with my brother at the Franklin Institute in Philadelphia. Though I went to the Titanic exhibit when it was there, I hadn’t been through Ben Franklin’s namesake building since I was a kid growing up in the burbs of Philly. I discovered I’m still panic-attack level afraid of the giant human heart you walk through. The spy exhibit was incredible, and my son loved the electricity room best. Apparently electric-shocking people is hilarious to the second grade set; I loved hearing him giggle over and over.

I was glad he had a blast, but it made me think about what “other museums” he meant. Since we live near DC, I’ve taken my kids a bunch of times to many of the Smithsonian Museums on the National Mall. I’ve never thought of those places as boring, but when I asked him why he thought the Franklin Institute was the best, he elaborated about being “able to touch everything.” Makes sense. Why would a kid go to a place where they felt like they couldn’t touch anything? Getting their hands dirty is how kids learn.

Last week I attended a “Moms Love Baltimore” tour to Port Discovery, the Baltimore Aquarium and Ripley’s Believe It Or Not Odditorium. I had been to Port Discovery awhile back, but loved seeing their cool Sports and technology exhibit and the kids would love Fall-O-Ween. Everyone loves the Aquarium, including my kids (plus you can actually still watch the Shark Cam because their place isn’t affected by the government shutdown) and their upcoming Hallowmarine event looks way fun.

I’ve never been to Ripley’s, but after a tour of the place, I can’t wait to bring my kids, the four of whom range in age from eight-19; they’d all love it. I was squealing like a little girl when I got lost in the Maze of Mirrors, had to actually close my eyes because the 4D Moving Theater was so realistic, and I loved seeing the oddities like the city made of toothpicks, Justin Bieber made out of candy, microscopic art, you name it. There are thousands of things to see, all hands on, and it’s campy fun I know my son will love. Watch out, Franklin Institute.  I’m always up to the challenge of finding his new “best museum I’ve ever been to.”

Baltimore is a kid-friendly city. The Inner Harbor is a beautiful place to visit: there are haunted submarines, paddle boats, and the three main museums mentioned above (and many more) all within walking distance. I don’t usually go to what are considered “mommyblogger” events (we hate being called that), but I’ve made some amazing friends over the years and it was great to spend time with them and explore the cool places we’re lucky to be near that our families can really enjoy.