Once a grand thoroughfare, it’s become a run-down embarrassment. 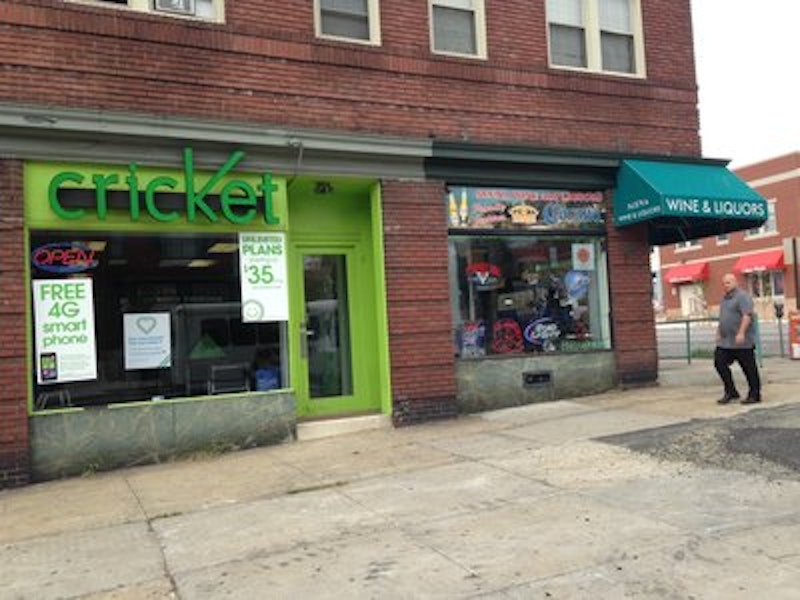 Tuesday morning, I had some business to transact—depositing checks at Citibank, Baltimore’s only city location—and once that was completed I decided to take a stroll, down St. Paul St. to Pratt, and then back up Charles St. to my office on the 2600 block. It was dispiriting. Charles St. is the traditional main drag in downtown Baltimore—its 5th Ave. writ small—and not so long ago was a thriving thoroughfare dotted with smart retailers, many fine restaurants and cafes and any number of independent book and record stores. The disappearance of what are now called “brick and mortar” establishments isn’t a new phenomenon, and certainly isn’t peculiar to Baltimore, but what I encountered on this half-hour walk was straight out of Bob Dylan’s “Desolation Row.” Minus the freaks, Romeo, Cinderella, Ophelia and Bette Davis. It would’ve been a gas to see T.S. Eliot and Ezra Pound duking it out on top of Penn Station, but that wasn’t in the cards.

It took forever to find a trashcan to throw away an unnecessary receipt, but that’s the least of the street’s increasing dilapidation. I don’t frequent them myself, but is it really necessary to have six Subway chain outlets in such a short stretch? I’ve no idea how the plethora of the bunched-up 7-11’s can stay in business: or maybe they don’t, and are replaced by a dollar store, discount optician, or law office of one those ambulance chasers whose advertisements you see on TV. I walked past the shell of Brown’s Arcade, which in the 1980s had a short run of excitement—an innovative Mexican restaurant called El Charro, the seafood joint Pacifica and any number of swanky retailers. There’s a shut-down Superfresh market, lots of shadowy nail salons, and I can’t even remember what now occupies the onetime cultural gathering place of Louie’s Bookstore Café. Walking north, one can still marvel at the George Washington Monument (1829) and United Methodist Church (1872) in Mt. Vernon, but the neighborhood itself has become pretty scuzzy, with all-you-can-eat buffet restaurants, filthy bodegas and the shells of vintage clothing boutiques.

I understand that cities evolve—N. Howard St., which once was where the bluebloods from Roland Park and Ruxton used to shop, devolved into down-at-the-heels obscurity in the 1970s—but this is the famous Charles St., a stretch of road that ought to be grand and showcase the best of the city. I’ve no beef with the generic cluster of condos and shops at Harbor East, and do patronize the Landmark Cineplex, as well as Bagby’s pizza and sandwich shop, but there’s no excuse for the city’s government to let Charles St. go to seed. Right now, the blame is on the shoulders of Mayor Stephanie Rawlings-Blake, who, like Sheila Dixon and Martin O’Malley before her, prefers to lavish tax breaks to corporations that don’t need them instead of addressing the eyesore boarded-up storefronts on Charles St. It’s the easy way out.

Does anyone really believe The Four Seasons Hotel required a financial inducement to locate in Harbor East?

(For the sake of brevity, and futility, I’ll skip the continuing disgrace of the city’s de facto segregation in East and West Baltimore, clusters of dangerous and violent neighborhoods that are routinely ignored.) I’ve written about this before but it bears repeating: why won’t the city seek out ambitious entrepreneurs and offer them substantial incentives to occupy the shells of edifices that blight not only Charles, but St. Paul as well? Sell a building for 100 bucks and find people who are willing to renovate it and make a living, or fix up a home, which would spruce up the neighborhoods.

I never cared for the late William Donald Schaefer on a personal level—in interviews he was evasive, nasty and kind of a scumbag, and, before he became a local legend was beholden to political bosses like Irv Kovens—but there’s no denying he revitalized Baltimore after the city shut down in the wake of the devastating riots when Martin Luther King Jr. was assassinated in 1968. Yes, Schaefer’s first priority was raising the Inner Harbor from the dead—first with the annual City Fair and then teaming up with James Rouse to open Harborplace—and bringing tourists back to Baltimore. It was a novel idea and it worked. Yet it’s hard to believe that Schaefer—or a mayor with his vision—would allow Charles St. to rot before his eyes. He’d get too pissed off to let that happen.