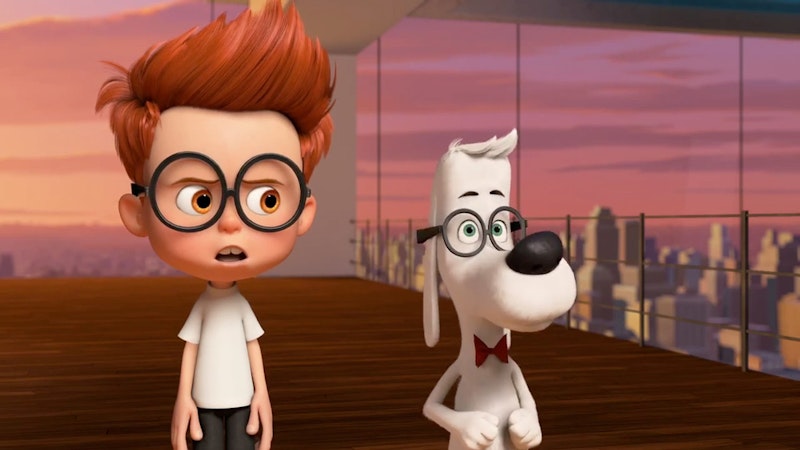 Yesterday, my family and I went to the Senator and saw the 3-D Mr. Peabody and Sherman movie. Even though it re-opened last fall, I still hadn’t been in the restored main theater for nearly four years. The inside of the Senator is breathtaking and it felt really nice to all go, the four of us, 11 years living in Baltimore. One of the first things my mom and I did when we moved here was see Ang Lee’s The Hulk there, quickly followed by Terminator 3: Rise of the Machines. I remember being small and feeling the vastness of that arena, the quiet emptiness of it on a matinee, even with 30 or so other people scattered around. There’re ghosts in that room, or many memories of many movies blended together into a permanent mental stage in my mind. It’s a memory palace, associations burned in my brain. For example, I can’t think of David Foster Wallace’s non-fiction without wandering around in the Senator on an afternoon in December 2007 when we saw Charlie Wilson’s War like a floating orb in my head. Very hard to explain and only recently did a friend of mine clue me in to the whole “memory palace” concept—look it up—you might have it!

I was feeling good and acting pretty Cape Fear, even though I hadn’t felt the need to take any of the Vicodin I was given after my wisdom teeth were yanked last Friday. We were laughing loud and holding court, with a dozen other families with small children cloistered closely around us, in the center, and had a riot just being dumb. Mr. Peabody and Sherman was better than any other movie I’ve seen this year, despite the fact that my brother and I are no longer under-age. There were more rude jokes slipped in than I would’ve thought (Oedipus, Bill Clinton, Peabody and Sherman in a May-December relationship), and we laughed our asses off. No Vicodin needed. I think the kids probably liked it less than us. We were just over the moon.

I felt something really special in that tomb-like room again for the first time in ages. I’ve been in plenty of screenings where all 800 seats were packed—even then, again, it has this mausoleum feeling. The high ceilings, the white noise of a large, empty, quiet room, the splendor of the restored art deco design and trimming on the curtains. A temple for something that isn’t nearly as glamorous or spectacular as it was 60 years ago. Even though the main theater of the Charles, for example, has existed for decades, it’s mixed in my mind with the small, rathole theaters we used to go to in Chelsea or the Village in Manhattan before moving. The Senator’s main room imbues any movie, even as sweet as Mr. Peabody and Sherman, with a feeling of timelessness, or a place in a lineage. Without thinking of any movie or person in particular, that room reminds you of the awe and excitement of going to the movies at all, and I’m humbled to have had the Senator for 11 years, and I hope many more to come.