There’s no way a property owner can win. 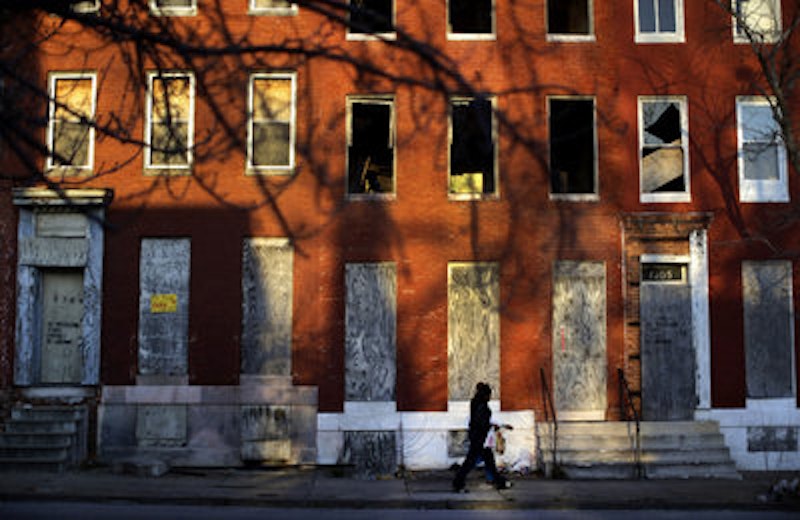 The tax assessor is the stalking horse for elected officials. One inadvertently does the dirty work for the other. The ruse is especially true in Baltimore City where the lopsided tax bill is paid by a third of the residents who live in a half dozen affluent neighborhoods.

Elected officials are notoriously reluctant to tamper with the property tax rate for fear of voter reprisal. That leaves the onerous chore to the assessor who, once a year, juggles a third of the state’s properties to set their arbitrary market values and establish the tax base of pre-determined areas.

The 740,000 property owners who received their new property tax bills last week are a handy case in point: They are trapped between the assessor who places a value, or appraisal, on their property based on recent surrounding sales and local elected officials who set the property tax rate. The rate may go down at the same time the assessment goes up. Rarely, if ever, do the two coincide for an overall reduction. Commercial property assessments are determined by rental income. Assessment increases are phased in over three years and in many instances are capped. Appeals are expected and accepted.

There’s no way a property owner can win. Baltimore’s mayor, Stephanie Rawlings-Blake, has promised a 20-cent reduction in the property tax rate over the next 10 years. But she’s now facing the dual pressure of an under-performing Horseshoe Casino, which was supposed to help fund the tax cut, and a sharp decline in the billions of dollars in subsidies that the state pours into the city annually under the new Republican governor. The intent of at least part of the state subsidies was to ease pressure on local property taxes.

Yet at the same time the city’s tax cut is supposed to be in effect, the new round of assessments has increased the overall value of properties—and hence their tax bills—by 6.7 percent, especially in the resuscitated neighborhoods of Canton, Fells Point, Federal Hill and Locust Point. Some increases were as high as 15 percent. Some assessments were reduced as well.

But the blind appraisal the assessor places on a house doesn’t mean that’s what it’s worth or the price it will sell for. Remember, the assessor never sees the house. The value may have been determined by a house that sold a block away and was in much better condition or in a better location. Internal improvements are usually not reflected in assessments as they are in eyewitness sales appraisals.

And now, Republican Gov.-elect Larry Hogan, as advertised, is undertaking a budget-cutting campaign as a prelude to any tax cuts. In doing so, he has told Rawlings-Blake (and the editors of The Baltimore Sun) that he intends to convert Baltimore from a city on life support to an economic dynamo.

And he says he’ll do it by cutting funds and creating jobs as well as increasing the city’s population. Hogan’s approach vaguely resembles the orthodox Republican argument against social welfare programs. He posits that the $1.2 billion in annual state subsidies have not worked in Baltimore but have had the opposite effect of creating a vassal state.

At the same time, there is considerable pressure to increase the state’s share of the property tax, currently 11.2 cents, by at least eight cents to prop up the state’s bonding capacity that has about reached its limit at current low interest rates. Hogan, who will chair the Board of Public Works which sets the rate, has said he opposes increasing the property tax.

Also reporting in with bad news was the Horseshoe Casino, whose monthly revenues are at least $10 million below state consultants’ projections. The city had anticipated receiving about $7-$10 million in community impact fees, a part of which would be used to fund Rawlings-Blake’s proffered cut in the property tax rate. The city now expects to receive somewhere in the neighborhood of $6 million less than it anticipated. A penny on the property tax rate represents $3 million in revenues.

It’s a hard fact of city life that only a third of Baltimore’s residents pay all of their taxes, a third pay some of their taxes and the remaining third pay no taxes at all. Another curiosity of municipal life is the astonishing number of exemptions from the property tax. In the center city, starting at Baltimore and Charles Sts, and extending a mile in each of the four directions of the compass, fully 43 percent of the properties are tax-exempt non-profit organizations—churches, hospitals, colleges, universities, schools, nursing homes and non-profit headquarters.

In addition, there are a number of programs designed to soften the property tax blow on certain groups of residents. Among them is the homeowners’ tax credit which is tied to income and capped at $30,000 a year. The program was originally designed to protect aging people on limited incomes from being priced out of their homes in gentrifying neighborhoods. It now applies to all homeowners with incomes of $30,000 or less.

Another great inequity in the property tax system is the arrival of a major economic development project in a specific county. For example, when Calvert Cliffs was built, the nuclear power plants virtually wiped out the residential property tax in Calvert County. Considerations to equalize the property tax benefits and apply them statewide were unsuccessful. Such a phenomenon is about to occur again with the arrival of the Cove Point LNG terminal in Lusby, on the Chesapeake Bay. As county and local revenues increase, the property tax is adjusted downward.

The pas de deux between the assessor and elected officials is an endless roundelay of give and take. Baltimore’s vacant lots and thousands of abandoned houses drag down the tax base while new apartments and colonies of condominiums offset the tax loss with the assessor’s help. For example, those $1 give-away houses in the Otterbein of four decades ago are now assessed at over $1 million, a generous profit for the city on a dollar transaction. Where you live determines what you pay.