Customers foot the bill for the company’s “charitable” endeavors. 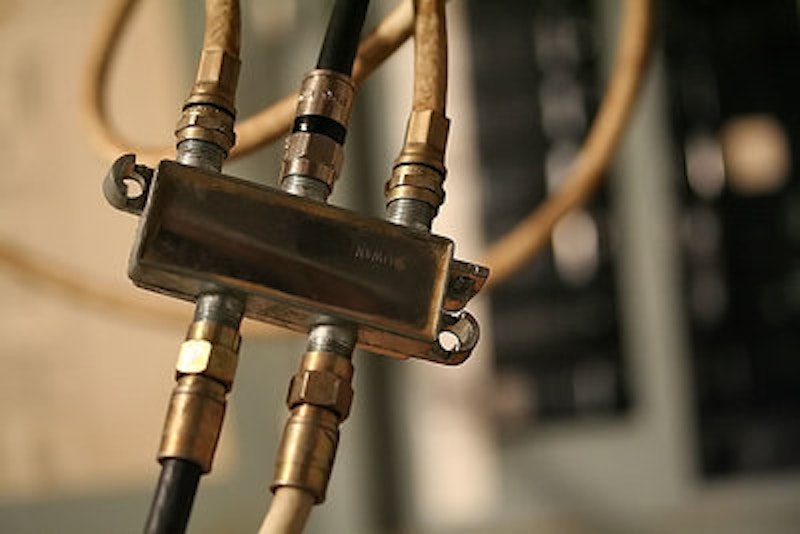 A few months ago, Comcast made the appropriate civic noises over providing free Internet services and 50 laptop computers to Baltimore’s Digital Harbor Foundation. The next week, cable bills went up $10 a month. Last week, Comcast was flapping its lips over a proposed $45 billion merger with Time Warner Cable. Comcast cable bills went up another $5 a month.

And along the way, Comcast gobbled up NBC and NBC Universal in two installments at a total cost of more than $30 billion, a steal considering its present value estimated at $40 billion. Between then and now, the price of Comcast’s expanded basic bundle—Internet, Cable TV and phone—has increased $35 over little more than two years. Comcast’s stock is trading at $59.25 a share.

If the Comcast-Time Warner merger is approved—and there are doubts that the unnatural alliance will survive Justice Department review—the hybrid company would control, by some estimates, 50 percent of the nation’s high-speed Internet service.

The virtually unregulated seizure of the home entertainment and information industry and a big chunk of the communications by a single company is occurring as the cable business is about to undergo another revolution, perhaps into oblivion as a delivery source. While the captains of industry are busy stuffing their pockets through mergers, acquisitions and buyouts at subscriber’s expense, new wireless entertainment technology that fits into your pocket or briefcase is growing up all around it. Millennials prefer their apps on the go rather than being tethered to a Barcalounger.

Newly arrived wireless Internet connections such as Roku and Media Player allow users to bypass cable and to access streaming sites such as Hulu, Netflix and Amazon Prime, delivering, in one case, a library of 200,000 films and in another, the previous day’s entire schedule of TV programming. Mobile devices are not only portable entertainment and communications tools but they may render the big screen TV back to the Fred Flintstone era.

At the same time, the information business, mainly the Internet, just took a major hit in the wallet. It may also have been halted in its tracks from unchecked growth and singular domination. The FCC, with powerful motivation from the White House, delivered its new regulations on net neutrality—that is, Internet providers cannot program and sell different tiers of service or control Internet speeds, a kind of leveling of the playing screen. The FCC said, in brief, that the Internet must be regulated like a public utility. In many states, public utilities must apply to the appropriate regulatory agency for rate increases and many other changes. Comcast had been running full-page ads for weeks in The Washington Post in an attempt to influence FCC commissioners.

In Baltimore, Comcast is a monopoly provider. And that’s not good for subscribers. There is no competition or control over pricing, service or programming. The biggest complaint is that subscribers must choose levels of programming and pricing, and then pay for an entire package no matter how few channels they regularly watch. Prices continue to spiral upward unchecked.

The FCC has for years ducked the issue of breaking up cable company packaging and allowing consumers to choose their own programming from an a la carte menu and pay accordingly. Verizon’s Fios ads promised an alternative but delivered nothing to Baltimore. No fiberoptic has been installed. Baltimore is a notoriously difficult city to wire because the cable has to travel past blocks of vacant houses and impoverished neighborhoods where subscriptions are beyond affordable. Verizon, unlike Comcast, does have an existing network of wires, towers and conduits for phone service that could accommodate cable. But with the increasing disappearance of wires, cell towers will eventually replace cable as signal carriers.

And, not to be overlooked, somewhere in some backroom a deal was cut to secure viewers’ addiction to cable. TV sets used to come equipped with an artifact known as rabbit ears which could be enhanced by dressing them with crinkled aluminum foil bowties. Or, there were those unsightly rotating roof-top antennas. But at some point a decision was made to manufacture all television sets with low frequency receptors that required a cable hook-up to produce a picture.

On that, Comcast has prospered. It has grown from a family business to a capitalist colossus that is as American as money. Comcast moved into the Baltimore market by gobbling up the early providers that began laying cable in the 1980s. The first franchisees, such as United Cable, are artifacts as are other independent providers. Comcast is now applying its template for success to the nation as a whole, kind of like AT&T of an earlier era before the phone monopoly was dismembered by the Justice Department.

Another major problem is that cable, copper wire and wireless devices and services have become a huge source of income for governments through taxes and fees that nobody can duck or shelter and very few even realize they’re paying. The communications service providers, in effect, have become tax collectors for government.

The most basic Verizon cell phone plan, $19.99 a month, adds up to $28.80 after federal, state and local taxes and fees are tacked on, including the $3.50 per line tax in Baltimore City. The Comcast HD Preferred XF Bundle carries an up-front cost of $139.99 a month. But that’s just for starters. When Comcast and the government are finished with their calculators, the final price for the package is $175.17, up $5 from last month. Here’s a breakdown of the add-ons:

So it’s true that Comcast puts on a smiley corporate face by doing good works such as providing low-income Maryland families with Broadband Internet Service with $10 a month hookups through its Internet Essential Program.

The public relations gestures are a key part of the process to please the FCC and ease the way for future government benefits. But it’s not Comcast executives or stockholders who’re footing the bill. It’s the subscribers who’re picking up the tab for the company’s corporate charity and the government’s bottomless maw.