Getting My Salsa Groove On

Speed-dating on a dance floor. 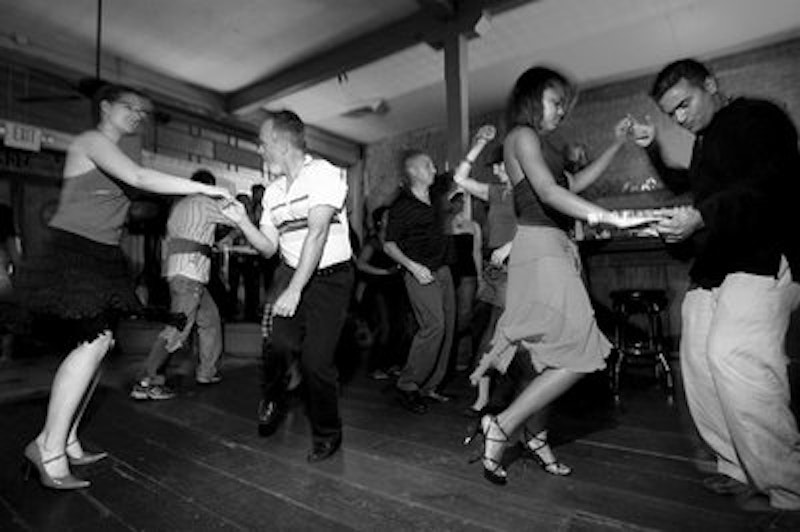 My friend is enamored with all things Latin, including Salsa dancing. Her birthday was this month and I committed to celebrating it at the Havana Club, an upscale spot where high-heeled dancers converge every week for the hottest salsa in downtown Baltimore.

Since the place heats up every Friday night, my friend recommended that I take a beginners lesson from Salsa Now, a group that introduces the dance to novices in the early evening before the real aficionados arrive. Salsa is fueled by a mix of Latin America and Afro-Caribbean beats and movements. Its popularity has taken off showing up at clubs, church halls, community centers and mixed in with the Zumba craze.

When I arrived, there were a few people mingling around and looking as apprehensive as me. Most events like these attract a lot more women than men, but I was pleasantly surprised to find that the number of males was about equal to the number of females.

The instructor gathered everyone to the middle of the floor, men on one side, women on the other, not unlike the middle school dances where you’d gaze across the room wondering if a boy would have the courage to ask you to dance. We all practiced the basic salsa step, an eight-step move. To make things more confusing, the instructor would count out loud, “One, two, three, five, six seven.” The woman standing next to me asked, “What happened to four and six?” I really couldn’t answer, but eventually realized those were pause numbers when your feet weren’t moving.

Steps were slowly added and the men were asked to rotate every few minutes, allowing each woman to get a dance with each man. It was like speed dating on a dance floor.

The crowd was diverse: my partners included men who were great leaders, men with two left feet who recited the counts out loud and guys right about at my skill level. Some were cool and collected, others held me with clammy hands, their pulses quickening. Maybe I’m being a little dramatic. But after a few rounds, no one really cared. My last partner of the evening was a 25-year-old man from Barcelona. He was determined to master, with me, a few complicated twirls and the whole counting then moving to the spins got me lost. After a while the beginners tend to filter out and the hardcore dancers filter in. I sat comfortably in a leather sofa and watched as sexy couples floated across the floor. Someday, I’d like to look like that, I thought to myself. But if you want to learn, you have to dance.