Such strange affections are apparently more common, at least in the law reports, than one might think. 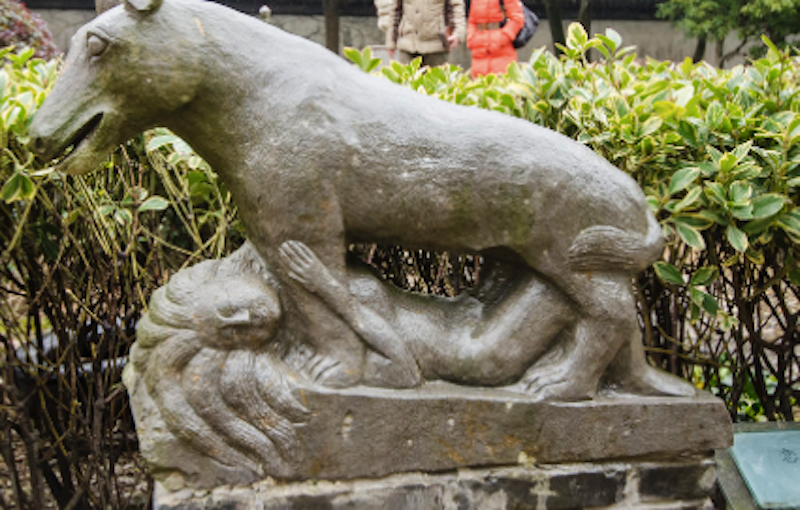 Michael Dirda, a Washington Post critic, in reviewing a recent reissue of a collection of short stories by Barry N. Malzberg, hailed the author as “a living legend of science fiction,” who can take us into the mind of a lovesick man who wants to marry a beagle.

Such strange affections are apparently more common, at least in the law reports, than one might think.

L. Phillips Runyon III, the retired presiding Justice of the Eighth Circuit Court in Jaffrey, New Hampshire, published his memoir of three decades’ service as a trial judge, Justice Approximated: Dispatches from the Bottom Rung of the Judicial Ladder, in 2017. Justice Runyon described a case of a young man who had made the saying about screwing the pooch into reality when, “so discouraged by his unsuccessful efforts to attract females of the human variety that he looked for love in all the wrong places.” The defense: the victim consented. The judge admitted being “too timid to ask how he determined that fact.”

This trial was held before 2016. Interspecies sexual intercourse wasn’t then prohibited by statute in the Granite State. In that year, the General Court, New Hampshire’s legislature, remedied this oversight.

Thus, the New Hampshire Revised Statutes Annotated, Title LXII, Criminal Code, Section 644:8-g now defines the crime of bestiality as, in pertinent part, “Engaging in sexual contact or sexual penetration with an animal for the purposes of sexual arousal or gratification.” A first-time offense is punishable as a class A misdemeanor, with up to one year in jail and a fine of $2000. A second or subsequent offense is classified as a class B felony, punishable by 3½ to seven years in prison and a fine of up to $2000.

According to New Hampshire Public Radio, the only opposition to the bill came from a lobbyist for the New Hampshire Farm Bureau, who argued the law might burden farmers who breed livestock. Perhaps some influential agriculturalists conduct themselves more like H.P. Lovecraft’s Cthulhuthan the Farmer in the Dell.

In 1888, James Brown, a British cabinet maker “of previously good conduct,” appeared before Lord Coleridge, the Lord Chief Justice of England, at Chelmsford assizes and was sentenced to one year’s hard labor for committing an offense with a duck. As Lord Coleridge was leaving court, his clerk advised him of an unreported decision in the case of Dod, which held that a duck wasn’t an animal within the meaning of the statute, 25 & 26 Vict. C100.61. Coleridge, a conscientious jurist, immediately referred his own decision to the Court of Crown Cases Reserved. The justice presiding over that court was Lord Coleridge. He argued with himself for several days, representing both sides of the case even-handedly, finally ruling that the defendant in Dodhad been acquitted on other grounds. Regina v. Brown, 16 Cox 715, 24 Q.B.D. 357 (1889). Mr. Brown returned to durance-vile and the Lord Chief Justice’s decision entered the law books.

A Nigerian visiting London was accused of indecency with a pigeon in Trafalgar Square in 1952. His counsel argued that a pigeon wasn’t an animal based on Dod. This defense failed when the prosecutor cited Brown. Defendant was fined £50 and another £10 for taking the pigeon home and eating it.

William Donaldson notes in Brewer’s Rogues, Villain, and Eccentrics the case of Sydney Carlton, a British painter and decorator. In 1998, he was accused of having intercourse with a Staffordshire bull terrier named Badger. Carlton’s defense: Badger had made the first move. “I can’t help it if the dog took a liking to me,” he told the court. The defense wasn’t accepted and Carlton became Her Majesty’s involuntary guest for one year.

The essence of these decisions may have been summarized in a case reportedly decided by The Right Hon. Christopher Palles, Lord Chief Baron of Her Majesty’s Court of Exchequer in Ireland, mentioned in Remembering How We Stood: Bohemian Dublin at the Mid-Century, John Ryan’s memoir of Dublin literary life.

The case is described by Eóin “The Pope” O’Mahony, an Irish barrister, genealogist, and conversationalist. O’Mahony gained his nickname when, as a child, he had “answered the stock question that is put to children - ’What are you going to be when you grow up?’ not with the predictable ‘engine driver’ but the altogether more exotic ‘Pope.’”  O’Mahony once represented Brendan Behan pro bono in a disorderly conduct case stemming from a barroom brawl. The trial didn’t go well. Behan once told Ryan if the Pope had defended him for riding a bicycle with a broken rear reflector, he would’ve been sentenced to death.

Sometime later, Ryan and O’Mahony travelled together by train from Dublin to West Connacht. Ryan notes the express was drawn by one of Ireland’s largest and most powerful steam locomotives, Méabh, Maeve in English, which translates as “she who intoxicates,”a name entirely appropriate to this journey. Ryan and The Pope worked their way through a bottle of A Winter’s Tale, anamontillado sherry which was all to be had from the station restaurant, as O'Mahony shared anecdotes about an Anglo-Irish family, renowned for eccentricity from generation to generation.

“It was unfortunate about the uncle,” O’Mahony said. “He had been related by marriage to the Fitzroy-Plantagenets and had been a major with the Twelfth Lancers serving beside Churchill at the battle of Omdurman in 1898. His wife Nellie…became strangely infatuated with James Elroy Flecker to the extent that the major (“Galloping Depravity” as he was known) in a fit of pique turned his affections to his dogs—10 couples of Basset hounds he kept in his luxurious kennels near George Moore’s house in Ely Place.

“There was a tragic outcome and an ensuing scandal so severe that it almost toppled Gladstone’s second government when the major was made to stand trial on charges of carnal knowledge of one of the hounds in the back of his landau during the running of the Irish Grand National at Fairyhouse. Despite learned counsel’s plea for the defense when it was argued that the dog had not only willingly accepted his master’s amours but warmly returned them, Lord Chief Justice Baron Palles was moved to give his celebrated ruling that has since become enshrined in the constitution of many lands—In the case of bestiality, mutual consent is not a good defence…”