Staring Into the Void

What a military manual called Gung Ho! taught me about people, danger, and art. 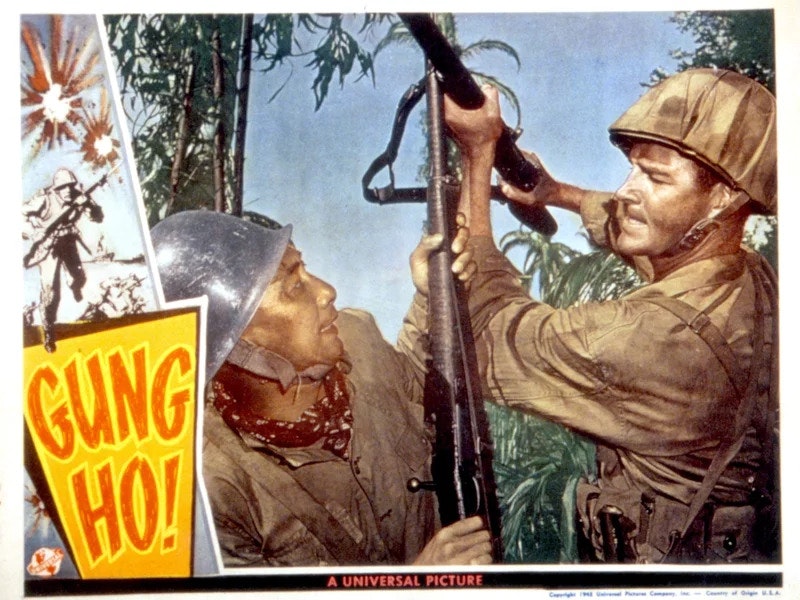 A number of years ago I read in a Marine Corps training manual (called Gung-Ho! which I purchased in addition to some defused hand grenades at the Sunny Surplus store in Towson, Maryland) that soldiers fighting in the jungle must train themselves never to fix their eyes on any particular point; they must instead always look in-between where they’re crouching and whatever defines the horizon that they happen to be facing. They’re trained to stare into space; into the void. By doing this their peripheral vision is activated and allows them to detect any movement within their field of sight. For a marine in active combat it’s nothing less than a  question of life or death. This technique, even in a complex environment such as a jungle, allows them to step back and become fully aware of their situation. Try it and you’ll see that it works. I’ve found that it works just as well at night on what may seem like a deserted street. Stand still and focus midway between your position and the horizon and if anything is moving, you’ll see it. The manual explained that this was how animals function when either hunting or avoiding being preyed upon.

This concept has been of tremendous value to me as an artist. My fundamental concern has been to clearly define what constitutes artistic communication. What does it mean to communicate in an artistic sense? Particularly in instrumental music (my chosen field) where the idea of what’s communicated is vague. Here’s what I have come to think, in large part thanks to the Marine Corps training manual.

What Gung Ho! taught me is that people react to threats, changes in their environment, and danger. The process is straightforward. First, consider that to place ourselves somewhere we need to have a concept of stability, of something that remains fixed and doesn’t change. This allows us to position ourselves in relation to a known quantity. We are here because we know that it is there. Now, if within this context we introduce a sudden shift our mind goes on the alert and works to identify the new information as either a possible threat or something non-lethal. But it always begins as a threat, a danger.

I believe this is the fundamental nature of artistic communication, the normalization of a perceived threat. And if this seems over-the-top, recall that when you were a child and an older person did something scary, remember the alarm you felt until the person smiled and the threat was incorporated into a new, now larger stable reality. Perhaps the haunted houses found at beach resorts are another example. You’re riding along in your bumper car when suddenly Ed Gein jumps out holding a butcher’s knife and a severed head; there’s an initial shock which, because he doesn’t chop your head off, is then normalized. This becomes a source of pleasure.

What I’m proposing is a psycho-physiological perspective on artistic communication. I think it’s also applicable to making love though I doubt the authors of Gung Ho! had that in mind. I’ve found that unsuspected variation within a normalized sexual context can be a source of great pleasure. This may be minor pain which, in counterpoint to a heightened sense of excitation, becomes normalized as pleasure. My guess is that most of the people reading this will know what I’m talking about.

To avoid any misunderstanding, I’d like to say that in an artistic context the concept of a threat or of danger simply means something which invokes our active consciousness, that is, it makes us take notice. This is the mechanism by which one communicates, it’s pleasurable. In general, people prefer being comfortably bored (because they know they’re safe) but enjoy being menaced by the occasional introduction of information outside of their comfort zone.

Sometimes when I’m on the metro and see all the passengers looking at their portable phones I wonder if they’re aware of the risk. They’re fixing their eyes on a certain point and thus laying themselves open to attack. This may seem exaggerated but within the last few years there’s been an increase in the number of pickpockets in the Paris metro and I think the electronic oblivion that people readily accept must play a part in it. And, if one considers the increase in the fortunes of a handful of billionaires over the last few years, we must conclude that it isn’t just pickpockets who benefit from the hypnotic effect of portable phones.