Your Racism Is Showing 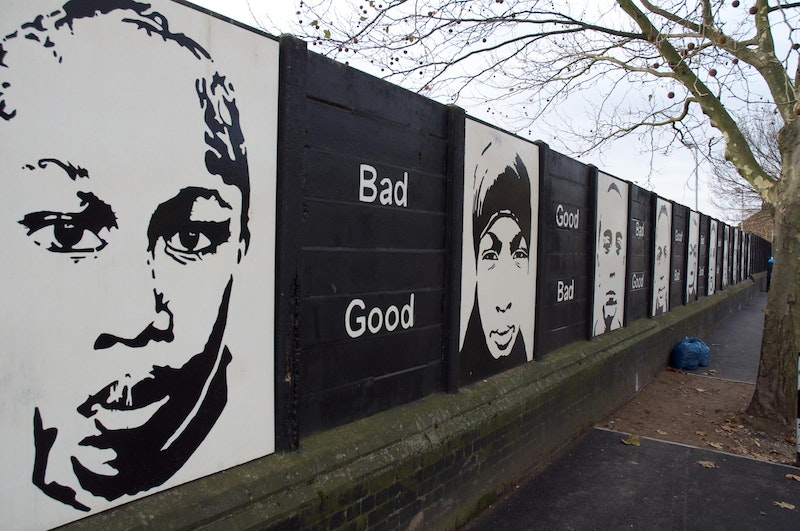 Yesterday, Splice Today published an incredibly racist article by self-described “acid-head” Alan Cabal headlined, “The Rules of White Privilege.” Apparently Cabal took way too much acid because nothing else could explain this poorly-written and blatantly racist word salad that sounds like the mad ravings of a toothless barefoot hillbilly sitting outside his mobile home smoking a crack pipe.

Let me address his actual arguments. According to Cabal, if you follow these steps you can achieve white privilege:

“1) Bathe daily and wear clean clothes. It goes a long way toward making a good impression if you don’t smell like you died last week.”

Really? Only black people don’t shower? Where are your statistics? How do you know they’re not living in poverty and can’t afford either clean running water or new clothes?

“2) Speak English. It’s not that hard. I’ve met people with Down’s Syndrome who speak better English than the average black person I meet. If you really want to command authority, spend some time listening to the BBC and imitate that accent. Americans roll over like dogs for that accent.”

I guess Cabal never considered the fact that if you’re a poor black kid, you’ll probably end up at a high poverty school where they don’t teach you shit.

“3) Soften the wardrobe. Stop dressing like some racist caricature of a hoodrat. Notice anything about the Nazis lately? They’re all about Polo shirts and khaki Dockers. They look like real estate sales reps. It’s called ‘evolution,’ and you should try it sometime. Stop wearing Nikes, they’re made by child slaves in the Third World. Buy a belt and learn how it’s used.”

Cabal’s praising Nazis’ tastes in clothes? Who cares what Nazis wear? They’re Nazis! Also, who the hell is Cabal to judge somebody else’s clothes? Why should it matter what someone wears? Next thing you know you’ll be saying if Trayvon Martin didn’t wear a hoodie, he’d still be alive.

“4) Do something about your so-called ‘music.’ If you want people to refrain from using the word 'nigger,’ I’d suggest that you stop using it yourselves. I’ll use any word I damn well please. I never owned slaves and you never picked cotton.”

Rap wasn’t made for Cabal, so nobody cares what he thinks. Also, “I’ll use any word I damn well please”? In 2017, Cabal thinks it’s okay to call a black person the n-word? What kind of racist shit is this?

“5) Likewise, this whole ridiculous ‘Black Lives Matter’ charade. Cut the shit. If white-on-black crime were anywhere near the rate of black-on-white crime, there wouldn’t be any of you left. The survivors would have fled to Canada by now.”

Don’t get me started! Black Lives Matter is about police brutality against unarmed black people. I know facts don’t matter to Cabal, but there’s plenty of evidence that black and brown people are more likely to be victims of police brutality than white people. They’re fighting for their lives. Not that that matters to Cabal.

“6) Go build something. A bridge, a cathedral, a server farm. Start a town. Start a country. There are at least 40 black-majority, black-ruled countries to choose from. Visit one. See how it works.”

Sounds like you’re saying, “Go back to Africa,” but okay, Al!

“7) A valuable quote from Malcolm X: ‘Be peaceful, be courteous, obey the law, respect everyone, but if someone puts his hand on you, send him to the cemetery.’”

And Cabal tops it all off by a white person using Malcolm X to police how black people should conduct themselves. Usually it’s Martin Luther King, Jr.

8) “I hope this helps. Perhaps I can get around to offering some advice to our Jewish cousins on how to reduce anti-Semitism. It’s obvious that they could use some. It’s getting late.”

I know normally my articles here on Splice Today are very nuanced and conversational, but honestly I’m not sure how Cabal’s steaming pile of shit ended up on this website. It’s blatantly racist, it doesn’t give any facts to back up the claims, and it’s so poorly-worded that I’m surprised Cabal has enough brain cells left in his head to put two words together. So here’s my advice to Cabal: lay off the acid and start thinking.