Determining what’s considered funny is one of the attributes of totalitarianism. 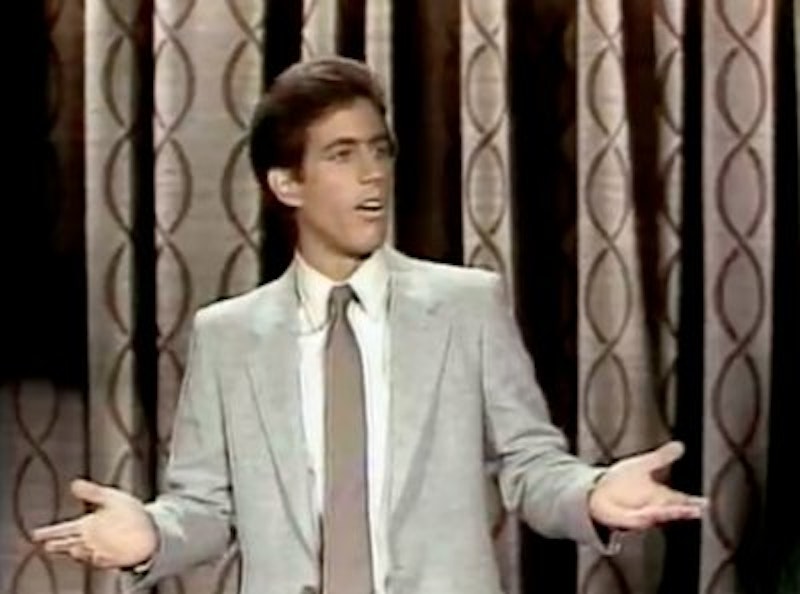 The tyranny of political correctness has seeped into various spheres of human life. One of those is humor. Many comedians, like Mel Brooks and Jerry Seinfeld, have openly expressed disdain and frustration for the limitations imposed upon comedians by the PC police. Most recently, Brandeis University decided to cancel a performance of a play that deals with Lenny Bruce because it’d be too offensive.

When we discuss these issues, we focus on specific examples of assaults on comedy but rarely look at the deeper implications of this prohibition. Banning humor and then determining what’s considered funny and what should be allowed is one of the attributes of totalitarianism. It’s akin to burning books.

Humor plays an important part in our development. We sometimes qualify people on whether they have a good sense of humor, or no humor at all. When someone’s funny, they’re attractive to others and exude eros. In other words, it’s not just about the jokes and whether they’re necessarily good or bad. Humor reveals how we relate to each other.

Freud has, for the most part, become an outmoded thinker and there are many inadequacies and limitations to his theory of human behavior. But his work, The Joke and Its Relation to the Unconscious, is an interesting study of humor. For Freud, humor comes alive in an exchange between at least two people. It’s made for the sheer pleasure of it, and as he writes, “free of all needs.” There’s no utility in humor. And yet, despite the fact that we can’t quantify humor or fully define it, without the creation and experience of it, or when it is prohibited, we (both individually and collectively) sink into fear.

My concern isn’t to look at types of humor or whether something is funny or not. Rather, I’d like to focus on the possible causes of this strange and implicit ban. Part of the problem today is an excess of compassion. Compassion and empathy are necessary for the continuation of free society but that’s not what I’m referring to. Just like any euphemism, compassion here is a throwaway term used only to control an expression of another human being.

At some point, our culture became scandalized at everything, which prompted an overflow of what’s known as “virtue-signaling.” It’s a form of moralism that’s not even connected to any religion or ethical code. It simply means, “I’m better than you because I care and I’m compassionate and you’re not.” Let’s forget that this assessment is based on some purely subjective and momentary judgment. Although sometimes I wonder whether this scandalized behavior and cacophonous noises of moral outrage are people simply seeking attention.

An excess of false empathy results in an annihilation of humor. This means that if a comedian decided to make fun of someone who, according to the moralist culture, should be left alone, he’s not worthy of listening to. Somebody will get offended and and that’ll create friction among people. Can you imagine any episode of Seinfeld being created today? The writers and producers would have to issue an apology after every episode.

But isn’t one of the points of comedy to offend? A comedian, by his very nature, breaks down societal boundaries and more often than not speaks the truth that most of us are unable or unwilling to see. He illuminates human vulnerability and we have no choice but to either laugh at ourselves or see the truth that’s presented before us.

But it isn’t just the audience and the PC police that’re at fault. Many new voices emerging in comedy are constrained and repressed (think of any late night shows). When they do present a joke, there’s always some kind of an implicit appeasement to the group that was supposedly offended.

Some only focus on ideology and politics as their primary cause for writing jokes. They’re suffering from what Camille Paglia recently called “presentism” which “is a major affliction—an over-absorption in the present or near past, which produces a distortion of perspective and a sky-is-falling Chicken Little hysteria.” Paglia was referring to overly sensitive students, but the same thing can be said about comedians and people who are consumers of comedy. A comedian usually has a precedent in mind—another humorist that inspired him which he then takes further or in a different direction. But today, jokes are fleeting because they rely on the latest trend on Twitter or a news report. This kind of approach says nothing about human nature and produces the kind of humor that is strangely exclusive.

Mirth and wit are all about joy. Humor represents doorways and paths to a disclosure of our desires, fears, and the possibility of personal freedom. To control what’s created in the sphere of comedy is to willfully kill the good spirit and human imagination. This control creates mediocrity in humor and exhaustion in people who consume it. The saying “laughter is the best medicine” doesn’t have any meaning today, and the only thing I can hope for is that this insistence on banning creativity will go away because it is nothing more than a moralistic trend du jour.