Yes, I Was in the Beatles

Let’s look at the facts. 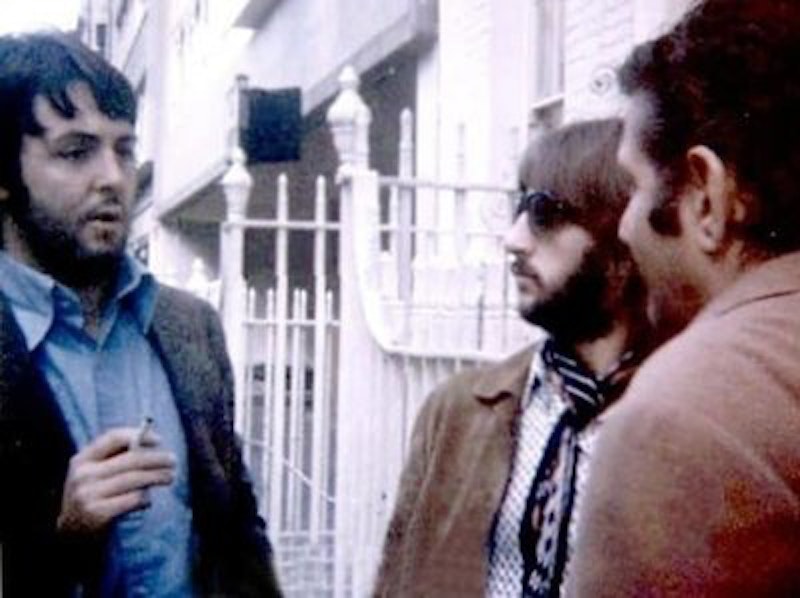 Last week I wrote about the blow-up that ended my time as a member of the Beatles. The scene described was raw, even ugly, but I don’t regret laying bare a key moment of rock history. What I do regret is the response my account provoked. A reader left the following comment: “What exactly is this? Fact or fiction? I’ve read so many books about The Beatles, but I’ve never heard of CT May. I can only assume this was written strictly for entertainment.” Very well, I recognize the gauntlet when it’s thrown. Here’s my answer.

First, I’m tired. Whenever I mention my Beatle years, I’m met with a knee-jerk skepticism, even cynicism, that I find depressing. My present critic cites the literature regarding the Beatles. I’ve encountered this gambit before and my answer is the same as always: get out those books. Philip Norman’s Shout, Bob Spitz’s The Beatles, the landmark Anthology itself—they have indexes, and in each you’ll find “May, Colin” sitting beside a healthy string of numbers.

The subheads, in some cases, are flattering: “mastery of guitar,” “Bardot’s infatuation with,” “profile admired,” “business acumen respected.” Others bring back painful memories: “Paul’s jealousy of,” “Ringo’s dependence on,” “John’s ‘borrowing’ from.” That last refers to the central guitar riffs of “And Your Bird Can Sing” and “Ticket to Ride.” I take no credit for the rest of John’s songs, or none beyond the normal contributions of a band member working in a collaborative atmosphere. John had a marvelous talent.

Second, there I am on the disks. You can listen to my performance along with my bandmates. In this day of the Internet, there’s no way I could hide my involvement, even if I wanted to. Which, I guess, brings us to point number three: I have no complaints. I left and that’s that. I’ll admit that the Beatles, as bandmates, could get on my nerves. If Paul entered a room, I swear, he’d commandeer the highest-placed thing that could possibly pass as furniture. He’d scoot over there and act like he wasn’t. He’d be facing the other way, saying something to Mal in the doorway, and then he’d be on top of a high-backed chair or a filing cabinet. Chattering like he was the elfin master of revels. He’d do this every time, and pretty soon it was month after month, and then year after year, with nothing but stretching out ahead. You steer into that. Congratulations, there’s your life.

Part of growing up is knowing what to have patience for. I was willing to come through for the Beatles. “Hey Jude,” if I can say this, might’ve been a different and slighter work if Paul hadn’t heard the playback of my guitar solo. That’s what caused him to sit down and give the song its second half. The solo hadn’t been for “Hey Jude.” I’d left the tape behind on ditching the group. But now it’s there, part of the song, and there’s nothing I can do about it. Still, I submit I gave plenty to the Beatles before deciding they were too focused on taking.

John was a pain too, because a lot of times he didn’t deliver and he always needed hand-holding. And I thought he could’ve handled himself better regarding Paul, not get into the hair-pulling. And Ringo called me up a lot, wanting to know if Paul still liked him. Bardot called me. I felt bad about what happened to Epstein.

These problems built up, and I think my life was telling me something. I think that was the case with all of us. But now, to hear that my experience wasn’t my experience, that my life didn’t happen, is to encounter a jolt, and this jolt doesn’t become any the less unsettling or insulting for repetition.

Also, I did suggest playing the tape backward for “Rain,” and for the guitars in “I’m Only Sleeping.” Also, the wind instrument (oboe?) in “Baby, You’re A Rich Man.” I don’t know why they fought this idea. I had to keep nudging them.