Sympathy for the Supercomputer

Courtney Maum’s Touch and the inevitability of a technological singularity. 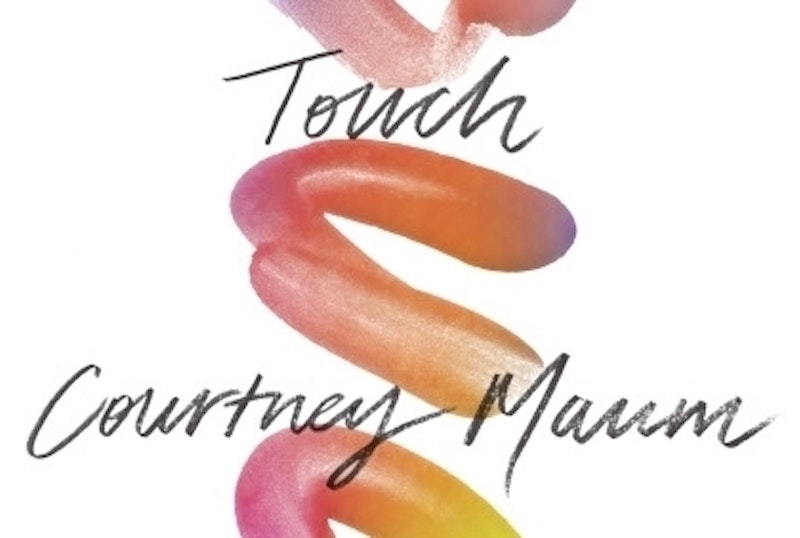 Ray Kurzweil says that a technological singularity will occur around 2045. He said earlier this year that “the process has already begun”: “By 2029, computers will have human-level intelligence… putting them inside our brains, connecting them to the cloud, expanding who we are. Today, that’s not just a future scenario… It’s here, in part, and it’s going to accelerate.”

So how do we bide our time for the next 12 years? Everyone hates being on Facebook. “I hate this website” has been a common refrain on Twitter lately, overused and then appropriated and cycled in and out of abyssal irony. So even though Kurzweil and Softbank CEO Masayoshi Son are convinced that the singularity will occur in the mid-2040s, it’s easy to imagine people “unplugging” or “going off the grid” (pick your cliché) in the next couple of years. I could see flip phones coming back and a mass exodus from Facebook—however temporary, people are eager to reclaim something vague they feel was lost in the last decade.

Facebook feels like a prison: you have to be on your best behavior, or your grandmother might not be happy, or your old boss or your ex or that friend you haven’t seen in ages and would like to keep it that way. Writing a Facebook status is so formal and airless—it’s where you go to talk about your engagement, your crises, and cancer diagnosis. Mother’s and Father’s Day are the worst—completely unusable, you’re just bombarded by earnest posts and old photos and hopeless laments of loss and people that’ll never be the same. It’s beyond information overload: it’s a sneak peek at the impending merger of all of humanity into one super-consciousness, totally zen and spaced out and floating in some Kubrickian cosmic womb.

But we’re not quite there yet. The valley is not yet canny. It’s all still pretty messy. Touch, Courtney Maum’s second novel, follows “trend-forecaster” Sloane Jacobsen, fortysomething tech wizard with a pseudo-supernatural ability to see where the culture’s going and what people will want in five or 10 years (most famously, she invented the ubiquitous “swipe” on tablets and smartphones). She’s bogged down by her bumbling husband Roman, an oblivious and unintentionally hilarious Frenchman who’s taken to wearing skintight Zentai suits and caused a minor sensation: “Traipsing about town in his metallic gold one, riding the metro, contemplating the Seine. The alleged elegance and nonchalance with which Roman appropriated fetish custom thrilled the bougie masses. Overnight, his Instagram account became supercharged. Two hundred thousand, four hundred thousand: Sloane had stopped checking before she saw it reach five.”

Meanwhile, Sloane struggles with her latest project of predictions: she sees people reproducing less, with products marketed toward singles and couples that de-stigmatize remaining childless. She’s brought on to work at a typically sexist tech company called Mammoth run by an idiot caricature named Daxter (he’d fit right in at Uber). Sloane’s gut and gift drift away from the childless and impersonal to the exact opposite: forgoing smartphones and social media accounts in favor of “hug hotspots” and greater interpersonal interaction as revolution against phone zombies. Everyone feels too connected today, but for a myriad of reasons (family, work, addiction), maintaining a Facebook, Instagram, or Twitter account remains a necessity. Totally trapped, unable to do anything about Mark Zuckerberg’s pathetic attempt at being a politician and the very real possibility that he could be a presidential nominee in the next 15 years.

Eventually this is all realized: Roman writes an op-ed on spec called “After God Goes Sex” about the death of penetrative sex: “I have a theory that we’re entering a period that is post-sex. People want beyond that, yes? They want more—it is too simple, the I-put-this-into-you, you-enter-me, the pounding? So many people are finding their virtual sex lives so much richer than their real ones.” Having recently been fucked properly by a younger co-worker Jin (“her first vaginal orgasm in ten years”), Sloane is horrified by her doofus husband and his tacit acknowledgment of their frigid relationship. Then the op-ed gets picked up by The New York Times on spec, goes viral, and Sloane about loses her mind, finding comfort in one of the novel’s more endearing and sweet characters: her “loyal, driverless” company car Anastasia, a piece of AI that’s actually functional and emotionally intelligent unlike Siri, who seems stillborn, introduced the same month that Steve Jobs died.

Sloane has her own moment via an admittedly overused device: she goes off in a Mammoth board meeting in front of Daxter and all of her co-workers, defiantly quitting and promising that Roman’s “neo-sensualist” bullshit is a flash in the pan, and that people will soon cut as many cords as they can and go out into the world and talk and touch and be touched.

It’s a pipedream, and Maum gives Sloane one paragraph of doubt: “Maybe she was wrong, and humanity would never right itself, leaving machine and Homo sapiens to meld into one, tourists now preferring to visit the Grand Canyon virtually because they were too consumed by social anxiety to go that far away.” (Again, the shadow of Infinite Jest looms above.) Touch is a Pollyanna fantasy sent into the world right before the deluge hits and we’re all cyborgs with nanobots running through our blood. Sloane’s predictions mirror similar delusions about the severity of climate change: “But maybe—just maybe—people were more ready to than she thought to shove off the shackles of psychosomatic loneliness. Maybe the revolution could come earlier, if they bucked the trends.”

I think we all know that the levees are about to break on both fronts. The question is which comes first? Apocalyptic floods or the transcendent super-consciousness? Where’s that thing going to be stored? Even the arctic seed bank has been compromised. What if we reach a glorious singularity only to be fried by the tide? No one left to put us in a bag of rice overnight. Let’s hurry up and jump into the matrix and avoid the ashen misery of The Road. Don’t forget to bring a friend.