Bearish on the media industry. 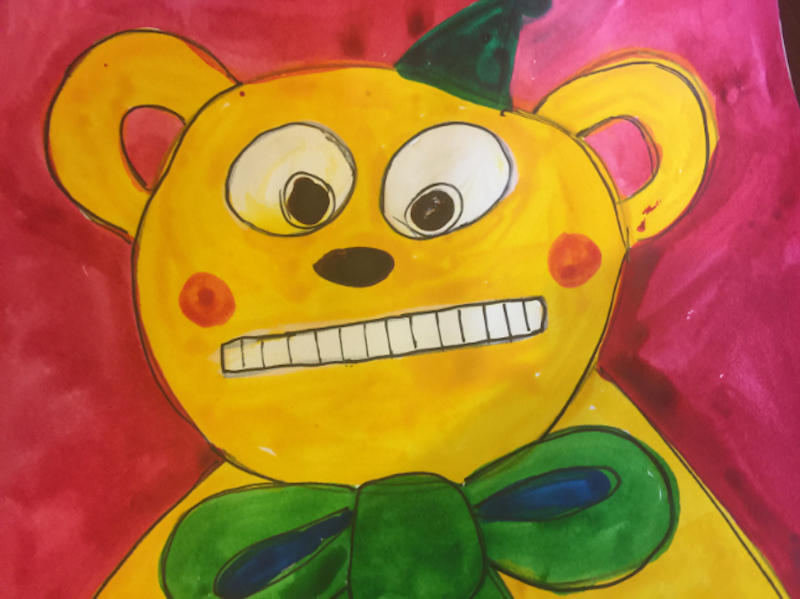 Last Sunday I was talking to an older brother, and as our circuitous hour-long conversation neared its end, we traded opinions—a monthly tradition—on politics and the media. I told him that not only had I let most of my magazine subscriptions lapse, but of those still delivered, the only title cracked is London’s Spectator, which is the smartest English-language weekly on the market. I haven’t read The New Yorker since last year, and haven’t missed it, and the same for The New Criterion, Harper’s, and Vanity Fair. No doubt I’m missing a few exceptional articles here and there, but the benefit of letting a lifelong habit elapse outweighs any downside. (I’m a media bear—illustrated above by my wife Melissa—even if still a reluctant one.)

Instead, for the first time since college, after work I read fiction—the physical book, pressed up to the nose to accommodate my poor eyesight—and feel far cleaner than during the day when I follow Twitter or pick and choose from The Wall Street Journal or The New York Times. Like most journalists, one assumes, throughout my career, in addition to piles of periodicals, I’ve dutifully, and often pleasurably, taken in non-fiction books in the history, political, and sports categories, and have let my appetite for short stories or novels, with a few exceptions, go dormant.

Yet now, I’ve completed all of Richard Yates’ and Thomas Mallon’s books, read Ron Carlson’s fine Return to Oakpine, M.L. Rio’s If We Were Villains, Lorrie Moore, a couple of titles from Nickolas Butler, Richard Russo, Francesca Segal’s odd The Awkward Age, took on John Williams’ 1965 novel Stoner, which I missed first time around, and taken flyers on the fiction of young writers—some terrific, others dreadful. I’ve even, without embarrassment, read a Jonathan Tropper novel, The Book of Joe, the story of which was somewhat compelling, even if the prose lacked style, was soiled by clichés, and was hardly graceful. (It’s a shame Donna Tartt, Sam Lipsyte, and the hilarious Irish writer Paul Murray aren’t more prolific). Couldn’t care less: I’d rather spend time on a “beach read” than an overwrought Ryan Lizza or David Remnick story in The New Yorker that has the DNC’s stamp of approval.

This is no toot of the horn: you read what you read, and right now, and likely forever, journalism’s in the toilet.

Last Friday, Matthew Continetti, who runs The Free Beacon, wrote a column that mirrored my own feelings about today’s media. He said: “I no longer believe what I read, unless what I’m reading is an empirically verifiable account of the past… There was a time when newspapers printed astrology columns. They no longer need to. The pseudoscience is on the front page.” Like Continetti, I read two dailies very early in the morning, “before spending time following journalists on Twitter.” It’s a peril of the trade: Twitter is useful for links to online articles (I rarely go a publication’s homepage, or even Real Clear Politics, since Twitter has replaced Drudge as an aggregator), and breaking news, which is sometimes true.

I quickly scan past the Democratic sycophants, and their GOP counterparts, don’t follow Donald Trump’s moronic tweets (although I’d guess they’re crafted that way for more exposure and controversy), but sometimes get hung up on a tweet that makes me think. For example, on June 22, MSNBC personality Chris Hayes tweeted: “Just a reminder: there’s a chance that Kennedy announces his retirement on Monday, paving the way for the end of Roe.” At last count, this was re-tweeted 5,200 times, which is not insubstantial. At first, I sat up, and thought, “Jeez, this might be major,” and thought how I expected Ruth Bader Ginsburg to retire before Anthony Kennedy. And then reality set in: Hayes had no source, even an anonymous one, to cite, it was just thrown out there, whether for the purpose of discussion or to scare his fellow liberals. Not long after, a Washington Post (where else) blogpost appeared, outlining the ramifications of Roe v. Wade being overturned. All based on rumors about Kennedy’s supposed retirement.

It’s not an exact analogy, but the media’s relentless race to the bottom reminds me of 2008, when experienced men and women who worked in finance found their world turned upside down by the crash. It was like mindless Las Vegas gambling, a childhood friend who then worked at Bear Stearns, told me, since none of the long-established strategies no longer applied. In time, the markets recovered, but I doubt that media will rise from the near-dead, except in niche categories.

New York Times columnist Bret Stephens, who’s starting to embrace that paper’s inbred culture, as opposed to that at former employer The Wall Street Journal, announced last week he was saying farewell to Twitter. Sort of. Writing that Twitter is “the political pornography of our time,” Stephens concluded: “Politics, like eros, can open the way to the elevation of our souls. Or it can do the opposite. Time for people who care about politics and souls to get off Twitter.” Not that Stephens is really leaving Twitter: “I’ll keep my Twitter handle, and hopefully my followers, but an editorial assistant will manage the account from now on. I’ll intercede only to say nice things about the writing I admire, the people I like and the music I love.” I suspect that Stephens will, after a suitable interval, return to do battle with the “haters.”