This bird is busy! But he can’t tell you why. It’s extremely secret and cool. 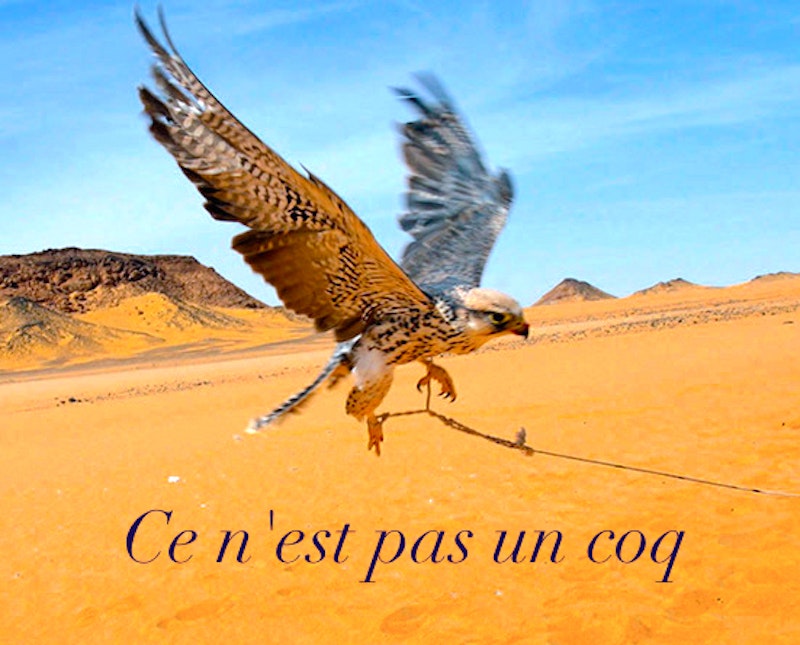 Sometimes you just have to take a horse around the barn and shoot it. It’s not pleasant. It’s rarely fun. It’s always messy. But you get to play God, and you get to shoot something. What’s not to love? Now that I have assets, I have to be armed at all times lest any intruders or usurpers approach my property or me. I have 72 uranium rods in the barn basement sitting out uncovered. I don’t mind if my (extended) family get radiation poisoning—they’ve bothered me lately. Challenging my status. The other night my cousin Rooster asked me to stop playing early 1990s gabber at 2:30 a.m. That’s my “getting ready for work” playlist. He doesn’t understand that we just operate on different schedules, and as a tenant on my property, he must cede any further complaints lest he find his unit suddenly waterless and muggy. You don’t hear that word much out west. “Muggy.” Doesn't happen out there. Learned that in San Francisco.

I’ve been contracted by… (someone)… over the past year and a half. You know their name. Yes, I am using gender-neutral pronouns to respect their IDENTITY, not their PRIVACY. These concepts are DISTINCT. This person has told me to write shorter sentences with more capital letters. It takes some getting used to. We of the Quibbits clan are born verbose and except for the slow ones we’re all a mile a minute, even for the hummingbirds. It’s so easy to steal from giraffes because they keep all their shit in their neck pouches and I just jack them shits in two seconds after asking them for the time. I made a lot of gold in the east just preying on very slow animals and occasionally very dead people lying by the side of the road. They had these little coin purses that I wish I’d saved—lots of coins and family photos and sentimental shit that I threw away. They are… (certain people)… saying that… (someone else)… was sent to “repair relations” in… (an area)…, but really he’s not doing shit. And I’m not respecting his pronouns. That’s called being BRAZZY.

I was on a plane when a certain country decided to act naughty. TSK TSK TSK. I couldn’t take my sleeping pills and four-day nap. Now I had to kill people. Off the clock. Promoting diplomacy abroad does not get you overtime. I killed a couple… (guilty citizens)… by taking them around the other side of a barn, which, yes, I was surprised too that they had them in… (Qatar)… anyway after I got done with that I went to some whorehouse and did lines with princes and disrespected people. Notice again I’m not using gendered pronouns because I disrespect a lot of different people and it’s hard to keep track of what everyone’s deal is, you know?

I got back on a plane to the States just now, and I’m writing this by the good graces of a certain… (very important President’s)… airborne Internet. His Wi-Fi is mwah, fingertip kiss. The network name is something crude, I could never print it here (it’s “jiggly titties”). This isn’t being printed anywhere and I just took three Ambiens so I’m probably good to leave this Word document open and doze off. I haven’t slept in… a week? I miss cocaine. They ran out on the plane before I got here, but I need to take it easy, rest up. It’s exhausting being this cool and great, at everything. I know. Don’t worry, everybody gets depressed when they talk to me. It’s common. You’re not alone. What if barn animals were blanaarlljfhgggfgjrgjrekooooohbdbbbzzzzzzzzzzzzz.