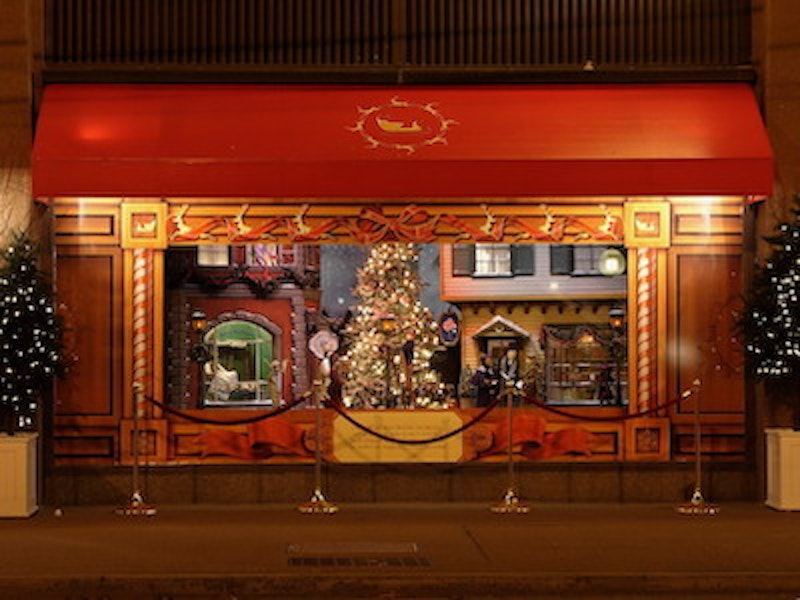 Jack Chaser was a working man, always had been and always would be. He wasn’t some smart aleck like that block-headed college boy Oscar Berkman the big bosses had just hired on as a part-timer, no sir. He knew his job, which was stocking produce, and he performed it about as well as anyone who refused to do more than the bare minimum.

A few weeks before Christmas, he and Berkman were tasked with dragging a large holiday display out of a storage closet in the back of the grocery store.

“I think we’re going to have to disassemble it to get it through these doors,” Berkman said. “It’s really big.”

Chaser, who never wanted to take on additional work, bristled at the thought of following the college boy’s advice. “Ohvuh, you don’t need to tell me how to do my job. I’ve been doing this for as long as I can remember, and I know it’ll fit.”

“My name’s Oscar,” Berkman replied. “And I don’t think there’s any way it will. It’s twice the size of the doorway.”

Oscar, Ohvuh, Orson, Otter—what difference did it make? Jack’s mind was occupied with thoughts of his impending smoke break, which might be delayed by several minutes if he had to take apart this display. “We’ll just turn it the other way, Oman,” he said.

“I don’t think we can do that, because it’s even longer than it is wide. It looks like it separates into four pieces, though,” said Berkman. “Seems as if it was designed that way, maybe so it could fit through doorways and thresholds.”

Even after a methodical 15-year ascension to the top of the non-union pay scale, Jack Chaser believed he wasn’t being paid enough for this kind of stuff. “Kid, you get behind it and push, and I’ll get in front of it and pull,” he said.

Berkman, who was arriving at the realization that he received the same wage for doing bad work as he did for good, assumed a position behind the display.

“Let her rip,” Chaser said, pulling with only a fraction of his might. While he sort-of struggled to budge the display, he entertained sweet daydreams of impossible-to-disprove back injuries and substantial worker’s compensation and disability awards.

The pair labored in a half-assed manner for about five minutes, at which point the display had become wedged into the doorway. “I don’t think it’s going anywhere,” said Berkman.

Going anywhere? Who said the display had to go anywhere? Chaser had never gone anywhere since he got fired from the police force for using excessive force when he took down the mob, and his life had more or less turned out okay. “Well, you keep working at it, Osha. I’ve got to go smoke a pack of these Black Death cigarettes,” he said. “I’ll chain a quick dozen and see you in 30.”

Berkman gave the display another futile shove. “I can’t get through the door, Jack.”

Chaser smiled as satisfied a smile as he could muster under the circumstances. This college boy might’ve thought that he was on the fast track, but it was now clear that even he didn’t have all the answers. “Jeez, Omma, just get on top of that heap, then roll to the ground on the other side. Didn’t they teach you anything in school?”