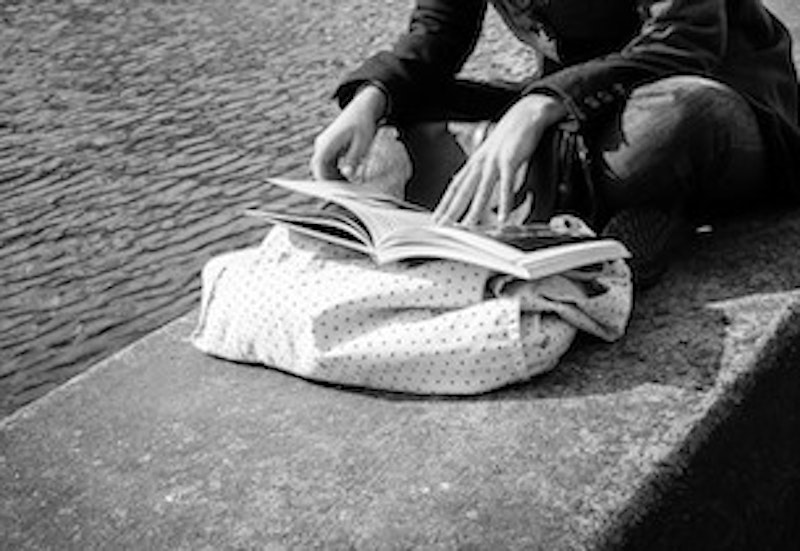 Another week, another building festooned with swastikas in the namesake city of the Kiev Junta.

Anyway, on to happier topics and a more civilized capital and people—Paris and the French, respectively.

I’ve been giving both a lot of happy thought, now that I’ve agreed to help fund Daughter’s summer trip to the French capital—having suppressed my qualms about the fact that she’ll be lodging in the apartment of a gay man there. In addition to drafting an itinerary for daughter, one that should prove to her as educational as it is enjoyable, I’ve been compiling a list of “essential Parisian reading” that Daughter might consume between now and her June departure. This reading will provide her with a thorough grounding in at least some aspects of Paris, readying her intellect and sensibility for that education, as profound as it is delightful, that the city can provide.

So, what books should a young woman about to see Paris for the first time read? I’m tempted to lead off the list with Proust’s In Search of Lost Time. As a portrait of Paris (but not only Paris) during the Belle Epoque, arguably the moment of the city’s greatest glory, it’s unparalleled, standing above all other entrants in the field as an Everest.

Maybe not. So maybe I’ll leave Proust off Daughter’s list. Or else I’ll suggest that she read only certain short passages that are at once chaste and of value from the point of view of depicting the sociology of the great city at a cultural peak.

What about Hemingway? I suppose I’ll have to put A Moveable Feast on the list, although I started to curdle on Hemingway soon after adolescence. What dishonest and sentimental poppycock “Papa” (latently gay according to more than one psycho-biographer) wrote throughout his career, and nowhere more than in his over-praised Paris memoir, as apparently full of lies as any prominent writer’s memoir has ever been. And yet the book is central to a certain long-running American mythology of Paris, and the intelligent Daughter will no doubt winnow the old self-promoter’s wheat from his chaff.

Ah, but here is A.J. Liebling. A collection of Liebling’s Paris essays would do Daughter well, particularly his food essays. I would like Daughter to share my epicureanism, and what better stimulus to it are Liebling’s witty accounts of his trollings through the Paris bistros, brasseries, cafes, and full-fledged grand tables of the 1920s and 1930s, his fat face and gouty, obese body stuffed full of beef cheeks, tripe, sweetbread, trotters in aspic, brain, and other earthy glories of the Gallic kitchen? To be sure, Liebling was also a devotee of the more refined dishes of France, but he reserved especial gusto for the elemental ones that derived from cuisine paysanne.

How about a survey of Paris history, like Alistair Horne’s Seven Ages of Paris? Or some treatment of the city’s centrality to the development of modern art, from Cezanne through Cubism? Or a history of the Bourbons and their rough treatment at the hands of a revolution that was, in essence, an expression of that Enlightenment to which we paleoconservatives have, at best, a troubled relationship?

There is much work to do in this project of mine.

It occurs to me that the books I’m considering are exclusively male in their sensibility, and that I might do well to leaven them with the “inclusion” (as the multiculturalists like to say) of some female writers. It surprises me a bit that I can think of no classic English-language works on Paris written by female authors. Do they exist? If they do, I would like to find them.

And so Mr. Harris returns to his pleasant literary researches...