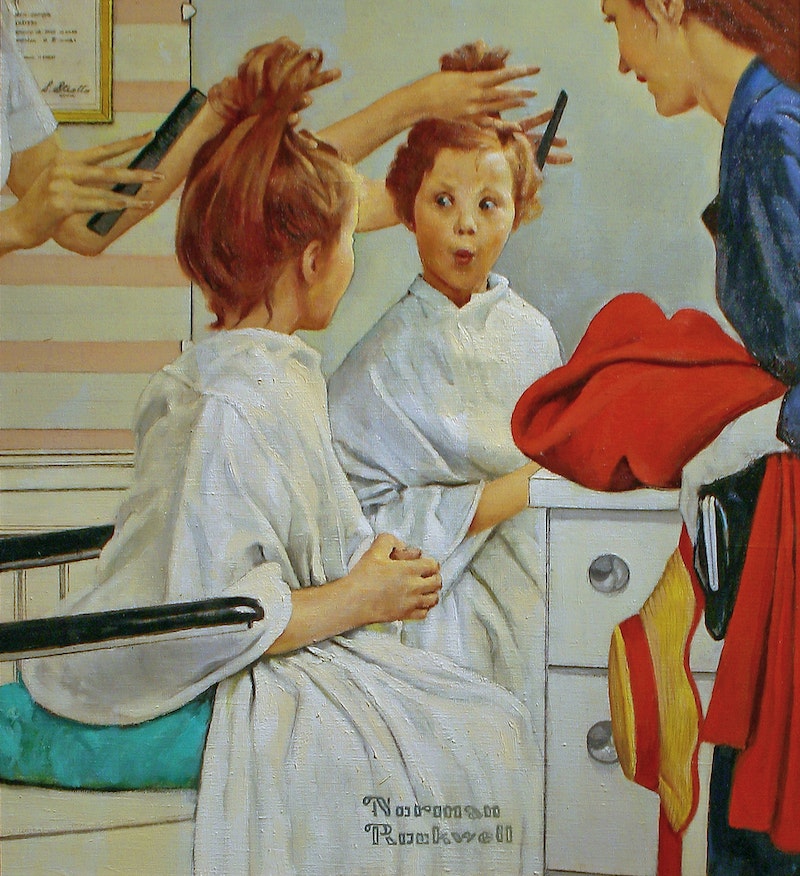 They waxed her eyebrows, smeared rouge on her cheeks, dressed her in revealing attire, and taught her a number of provocative belly dances.

Her mother Camden, a mom-blogging ex-cheerleader whose looks were fading fast, took vicarious pleasure in her daughter’s victories.

“Can you believe it? A grand talent winner at age three,” she bragged to the bitter old hens in her pancakes-and-prayers circle.

Her father J.P., a “good-hit, no-field” first baseman for several of “Herc” Broadsides’ legendary Cleveland Spartans teams, wasn’t sure why this mattered so much to his wife. However, like most has-been professional athletes, he refused to let his daughter settle for second place and was rarely even satisfied with first.

As Boogie piled triumph atop triumph, her fame grew and she attracted legions of admirers.  Although most of these people would never meet her, the airbrushed images on her Instagram filled their souls with ineffable joy.

“I wish I were as beautiful as you,” commented a fiftysomething man from Iowa. “You’re a goddess, Boogie.”

One especially devoted Photoshop artist rendered a disturbing image of Boogie with capped adult teeth and a hint of décolletage. Some of her fans savaged this creepy picture, but others rushed to his defense.

“It’s a glitz retouch,” explained one supporter. “It’s meant to be glamorous, not realistic.”

Cocooned in protective self-absorption, Boogie never spent any time reflecting on the career chosen for her. Instead, she embraced her talents and became a renowned entertainer, recording such tuneful hits as “U + Bling (Sweet),” “Kissy Face XOXO,” “Lolly Lick,” and “Ur Everything 2 Me.”

Deep in the dark recesses of her brain where her remaining human feelings hid, what was it like? Was it cold in there; was it lonely?  Did she remember how she felt when she was three years old, on the eve of her first big pageant win? How had it been for her? Had it been good for her then, better than it was in the here and now? And what of her fragile heartstrings—could they still be plucked, like her eyebrows?

“I want to thank the Lord for my blessed life,” 11-year-old Boogie said to Maggie McCleary during their primetime interview special. “He has made me the girl and the lady I am today.”