If there’s a point to this madness, it's that we’re now watching the great divide play out. 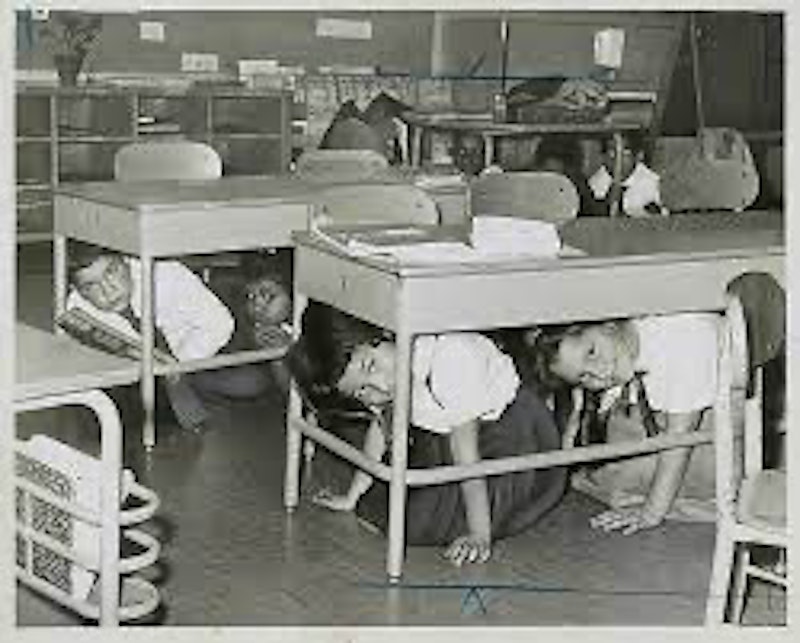 The Isley Brothers song “Fight The Power” is a soul-cleansing tonic for today's current woes. Nothing much has changed since its release in 1975.  However, the song's message is clear. Those bad old days never leave. That cliche "in these uncertain times" is a centuries-old running joke. Then and now, revolution, protests, and civil disobedience are ordinary occurrences.

Winless wars, poverty, racial strife, and social injustice didn't miraculously disappear. The elites' piddly self-righteous indignation still reigns here amongst the rabble. It's no mystery to anyone with common sense. Those who have power still do what they know so well. Loathe the poor, reject, ignore, shut down and shun people of color while reaping benefits.

A line from the Isley Brothers “Fight The Power” lyrics sums up our world. "And when I rolled with the punches, I got knocked down by all this bullshit goin’ down." The "haves vs. the have nots" run riot in a ying-yang of constant struggle to gain the upper hand. However, a few decades later, Public Enemy's hip-hop version using the same title took it one step beyond with the release of “Fight The Power,” a nod to the Isley Brothers original. By addressing racial inequality head-on, it zeroed in on prejudice and white supremacy. They blasted icons like Elvis and John Wayne for their redneck ways. As a teenager in the late-1960s, I saw through all that crap of the American dream. Nothing seemed quite right.

Meanwhile, cowering under our school desks during duck and cover drills, the running joke was, put your head between your legs and kiss your ass goodbye. We had more significant problems than inequality to fret over, like mass annihilation. So the other routine of regular air raid preparedness, moving a single file line of students in an orderly fashion down the steps to school basements. We huddled down in makeshift fallout shelters with nervous laughter and half-hearted sense of impending doom.

These dusty, dimly-lit underground bunkers were dreary, damp places. Well-stocked with cases of government crackers and canned water stacked high against the walls. The Cold War scare tactics left trauma, angst in the nuclear age of our worst fears. The Red Menace loomed large. But the real villains, our own leaders, played us for pawns and suckers in warmongering power trips of tyrannical world domination and never gave a damn.

The protest songs exposed the hypocrisy and futility of stupid wars. They spoke the truth on racial inequality. Unfortunately, nothing much has changed since then. Artists like Sam Cooke made a dent in 1964 with “A Change Is Gonna Come,” and Thunderclap Newman's 1969 hit, “Something In The Air,” Marvin Gaye's 1971 “What's Going On,” are only a few of the songs that fueled awareness of the problems we face.

The folk music movement and their songs of dissent exposed long-held beliefs about class struggle and condemned the myths of freedom in our culture. They lay bare the ugly truth and shed light on everything ignored. In addition, TV shows like The Smothers Brothers Comedy Hour, The Johnny Cash Show, and Laugh-In, among others, gave voice to a young generation wanting more than the tired old guard party lines.

I’m not suggesting everyone was digging on the latest groovy scene, gathering in a circle, holding hands at some Sunday church folk mass service. The stigma runs deep when you let freedom ring. Critical Race Theory isn't new. Neither are empty slogans like, “Give peace a chance.”

If there’s a point to this madness, it's that we’re now watching the great divide play out. We have all the songs to back it up. I can rant and rave about what a raw deal we get, how the fix is always in. The house rules, and we're mere puppet pawns in a rich man's world. The message is always in the music.