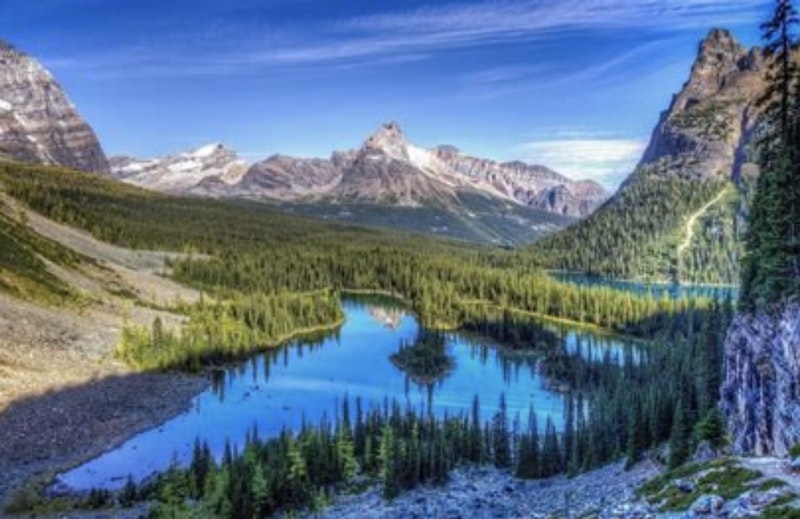 After wrecking that motorcycle over a decade ago, Lawrence saved up for a reliable, fuel-efficient car. He ended up with a Civic hybrid. It was still in decent shape and could get him down to Panama. After a bit of research, he discovered the drive would take 73 hours.

The longest drive he’d ever undertaken was 25 hours. A spontaneous trip back home, after learning of his dad’s tumor and emergency surgery. Lincoln to Olympia. He’d done it with two bathroom breaks and one diner breakfast. Lawrence drove while alternating between coffee and electrolyte water, munching peanuts and listening to grunge and then dub-step.

The phone call still haunted him. In the middle of the night, his mom called over and over, until Lawrence finally woke and answered. Her voice was typically calm. “Your father wasn’t feeling well. Dizzy spells and nausea for a couple of days. We thought it was food poisoning and dehydration.” She fell silent. Lawrence’s father had retired a month earlier, a year after his mom. They planned to take a cruise up to Alaska to celebrate.

“He’s at the hospital. They found a tumor in his brain and need to operate day after tomorrow. Thursday at noon. It’s advanced.”

Lawrence couldn’t find the words for a minute.

“Be careful. That’s a long drive, honey.” His mom paused again. “I love you. We never know…”

Lawrence hung up, packed a few things, and headed back up toward the Pacific Northwest. His father had chosen his brain over his heart for most of his life… now that brain was scheduled to be surgically invaded. His mother, the woman who kept the numbers, knew the size and shape of things, desired the order and knowledge of expectations, was now forced to acknowledge deeper uncertainties. The ones that had filled Lawrence’s mind from the beginning.

He went home to offer comfort. Lawrence knew his sisters weren’t capable of offering real support. They were preoccupied with their own lives and would obsess about the medical aspects. Focusing on facts and forgetting about their mom and dad in the process. That way was easier, wasn’t it?

Driving north and then west, Lawrence took the Civic through land that white Americans had either forgotten about or ignored. Land that had been blasted through for minerals. Land whose soil was resistant and whose winds were fierce. South Dakota, just north of Pine Ridge, then west into Montana and Idaho. The Rockies, but not the destination retreats. Lawrence enjoyed the names of the ranges. Crazy, Big Belt and Elkhorn, as he wound his way through treacherous passes, along the ridges, twisting his way home through the late-afternoon and into the night. Eyes bloodshot and nerves jittery, Lawrence pulled in to an all-night diner in Spokane at two a.m. It was there he ate the best bacon and most delicious blueberry pancakes of his life.

When he finally pulled in to the familiar gravel driveway, as the sun was rising, his Mom had already left for the hospital. When he made it to the hospital, his sisters were there. He had a few minutes to sit with his dad, who was woozy. His dad thanked him for making it on such short notice, they didn’t say much, but held hands as Lawrence dug around for words that fit the moment.

In the waiting room, his mom remained too calm. Lawrence couldn’t believe it. Was it exhaustion? Detachment? She accepted his hug, without reciprocating. She asked if he’d eaten. He recounted the bacon and pancakes.

In an hour, his dad was out of surgery. They’d taken out the tumor and expected a full recovery. It was like nothing had happened. A few days later, weary Lawrence drove home—this time during the daylight, over two weekend days—and resumedhis monotonous life. In this fading memory, it was if the whole thing had been a fever dream.

That was 15 years ago. When he was still with Sophie.

Lawrence sent the apology-and-update letter a month earlier. He’d called Sophie’s old friend Lucy and met up with her for sandwiches. Lucy filled Lawrence in on the general outline of Sophie’s life, but her description of the events had been understandably neutral. Maybe Sophie had asked Lucy for an in-person update before sending the reply.

I’m sorry to read that Geraldina passed away. Even though we haven’t been in communication, I’ve followed your occasional posts, and saw how much she meant to you. I’m glad you’ve found some structure with your job and friendships with Mickey and the music guys. As for me, I don’t post anything, so I’m guessing you have no idea what I’ve been up to, except that I’m in Austin. I came here 13 years ago, but it feels like I still haven’t quite found a home. Too many apartments. Too many bad dates. Too many well-intentioned guys who have too many issues. Too many straight-up assholes who only want to get in bed. You remain one of the few loves of my life. I thought I’d have a kid by now. I was thinking of adopting a few years ago. I started the paperwork. Then I lost my job and gave up on the idea. I’m working for a filmmaker now. I’m a jack-of-all-trades assistant. He’s a great guy, but I’m never fully off work. I get Sundays and occasionally a day in the middle of the week. At least I avoid the crowds. He actually reminds me of you, in a way. He’s a dreamer. Was lucky enough to be born with the money to keep chasing those dreams longer than most. We just finished a project, so I’m about to get a month off. Your Panama plan sounds dope. I wish I could join you and we could catch up.

Reading Sophie’s words, Lawrence felt a sense of possibility, similar to the one he’d felt when Mickey invited him to visit Panama. Life didn’t have to be so heavy and predictable. It could take unexpected turns, even after years of attempting to deny such unpredictability.

If he slept at hostels and cheap hotels, and ate one warm restaurant meal each day, he figured it would take a week. About10 hours of driving each day was enough. Driving solo wasn’trecommended. Lawrence had a few musician friends who were used to traveling long-distances in smelly vans. One had given up on the touring life and was on pace to graduate, with a degree in social work. Another rarely left his home. Working on a magnum opus or working on a magnum hydroponics experiment? Perhaps both.

Lawrence formulated his driving plan, mapping out the segments. Lincoln to Oklahoma City. Then Austin—purely coincidental. When Sophie’s letter arrived, it had Lawrence pondering Austin and the idea of driving part of the way together. He made an appointment to get the car tuned up. Hemade a checklist of things he needed to do before leaving. Something the old Lawrence never would’ve believed. The old Lawrence wrote checklists on the back of his hand.