Furry Transhumanists and the Culture of Narcissism

"Freedom of form" as transhumanist escapism. 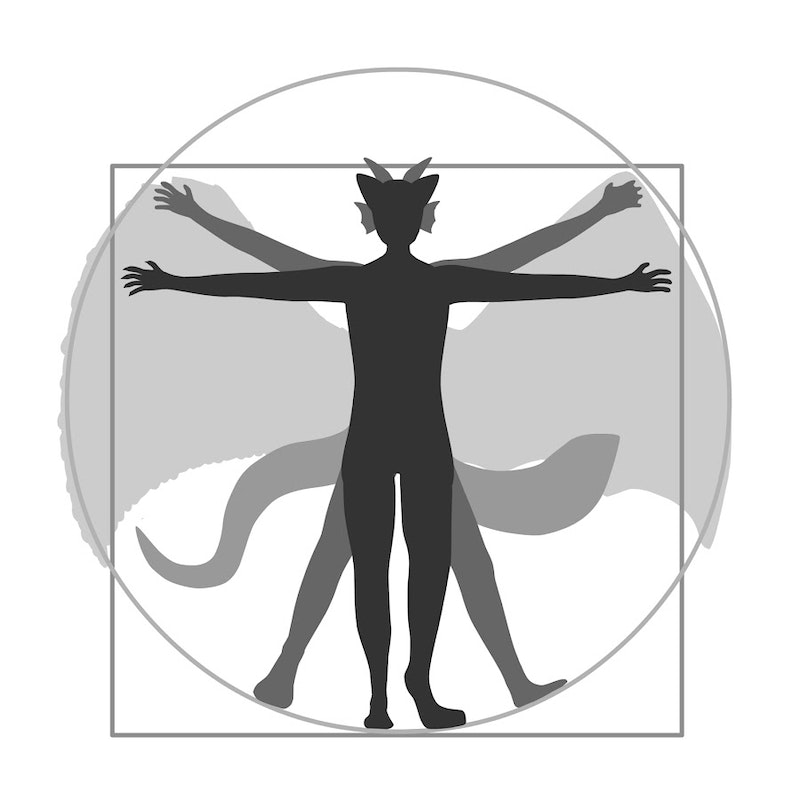 Ever dream of having a tail, dog ears or wings like a dragon? If the Freedom of Form Foundation has its way we’d all be able to modify our bodies to look like anthropomorphic animals.

The Foundation, started in 2018, is a non-profit corporation started by scientists within the Furry Fandom to “to make it possible for people to outwardly express their inner identity through easy, safe, customized body modifications.”

The goal of the Foundation is to advance innovation in cosmetic surgery and biotechnology to modify bodies to become anthropomorphic creatures. This includes everything from dragon ears to dog tails to lizard tongues.

The catch-cry of the organization is morphological freedom, as they write on their About page:

Rather than asking “why?”, we would ask “why not?” – advancing the options for methods of self-expression via morphological freedom can only be a good thing.

To make sense of the Freedom of Form Foundation, it’s necessary to take a step back at wider culture trends, in particular the rise of “geek” leisure in the late-20th century and the influence of transhumanism.

Furries, or “the Furry Fandom,” is a collective name given to individuals who have a distinct interest in anthropomorphic animals such as cartoon characters. Furries have long been an Internet punching bag, commonly depicted as mentally ill fetishists. However, from my perspective, the fetishistic interest in anthropomorphic animals is the least weird component of this subculture. Human sexuality is incredibly malleable and influenced by social cues. That a generation raised on cartoons depicting Lola Bunny and Scar from the Lion King, developed a niche attraction to certain character designs isn’t at all surprising. More shocking is that only around one-third of those involved in the furry subculture are motivated by sexual attraction. Instead, the vast majority of furries have an aesthetic, psychological and—in many cases—spiritual connection to animals and fantasy characters.

In one large survey of attendees of a Furry Convention, researchers found that:

—Furries are mostly men with high rates of interest in science-fiction and other facets of “geek” culture.

—Nearly half of the furries surveyed identified as “less than 100% human.”

The strong spiritual connection that people feel with what is essentially a leisure activity driven by pop culture is notable. This isn’t merely a hobby, but a lifestyle tied to a sense of self. This psychology can only make sense within a wider cultural trend.

Geek Culture As Social Pathology: It would be unfair to single out the furry subculture as particularly pathological. Instead, we can sit furry fandom as a minor footnote in what's a broader culture trend toward what researchers call the "great fantasy migration." Western liberal culture is inherently narcissistic. Both in terms of rates of diagnosed narcissistic personality disorders and precursors of inflated self-esteem—both of which are on the rise. This is less an individual character flaw and more a natural consequence of the collapse of traditional institutions (religion, the family) and the rise of unsteady global markets and economic inequality.

We’re all “self-marketers” now, driven by a need to ensure we make an individual impact on the world, lest we be forgotten. In this aim, we’re in constant competition with others to “stand out”. As social theorist Christopher Lasch noted:

All of us, actors and spectators alike, live surrounded by mirrors. In them, we seek reassurance of our capacity to captivate or impress others, anxiously searching out blemishes that might detract from the appearance we intend to project.

The problem is that most of us aren’t very special. We aren’t beautiful, successful, or likely to make a mark on the world. This is where fantasy helpfully fills the gap. The great fantasy migration hypothesis argues that the growth in consumer interest in “geek culture”—from anime to science fiction/fantasy and video games—is a result of grandiose personalities avoiding harsh realities. As McCain et al put it:

In the United States, narcissism has been increasing since the 1970’s, while traditional ways of supporting narcissism such as prestigious jobs and credit (e.g., the debt bubble collapse) are becoming less viable for the majority of Americans. The result for individuals is discomfort (or cognitive dissonance) with the incongruence between inflated sense of self and deflated reality. One solution for resolving this dissonance is to migrate into a fantasy world via role playing games, fandoms, and fantasy media. These hobbies present opportunities for living out a grandiose self (e.g., by role playing a powerful or charismatic character) that might not be possible in the non-fantasy world. And, of course, in some cases success in fantasy (e.g., tournament gaming, achieving cosplay fame) can lead to real world success.

This invests geeky leisure with a degree of weight not often appreciated. The reason why geeky consumers may appear fanatical or obsessive, is that consumption exists as a comforting facade in the face of difficult economic realities.

The Freedom of Form Foundation, as an extension of furry culture and therefore geek culture, incorporates this earnest defence of fantasy. However, it also draws upon a particular strand of ideology.

Transhumanism As Cope: The transhumanist movement historically coincides with the rise of geek culture and the culture of narcissism. Transhumanist ideas came into fashion in the 1980s when there was a fervor of excitement over biotechnologies and the potential for technologically assisted immortality. Proponents such as philosopher Max Moore, co-founder of the Extropy Institute, cling to the idea of a future free of death, disease and bodily limitation, writing:

No more gods, no more faith, no more timid holding back. Let us blast out of our old forms, our ignorance, our weakness, and our mortality. The future belongs to posthumanity.

It’s easy to situate transhumanist fantasies within the culture of narcissism, one that’s concerned more about the death of the individual than the wellbeing of the collective. It also reflects a vision of man as conqueror of nature, capable of transcending our imperfect meat prison. As political theorist Hannah Arendt noted in her 1958 book The Human Condition, scientists often see their role as:

[A] rebellion against human existence as it has been given, a free gift from nowhere (secularly speaking), which he wishes to exchange, as it were, for some- thing he has made himself.

This arrogance is really a means of coping with the reality that each of us, no matter how successful we are in our lifetime, will die and rot. For the transhumanists, it’s better to project a fantasy world of anti-aging nanobots than humbly prostrate ourselves before the authority of natural limitation. It’s at the intersection of furry fantasy and transhumanist ideology that the Freedom of Form Foundation situates itself. As a cultural oddity it reflects both the geeky need to feel “special” and a rebellion against the limits of human morphology.

Lost is an appreciation of the material conditions and spiritual hollowness that have generated these narcissistic tendencies in the first place. For all their utopian projection, geeky transhumanists can’t envision a world where humanity is happy just the way we are.