How to Skin a Charlie Horse

My time with a hog chiropractor and his miracle spur claw cures. 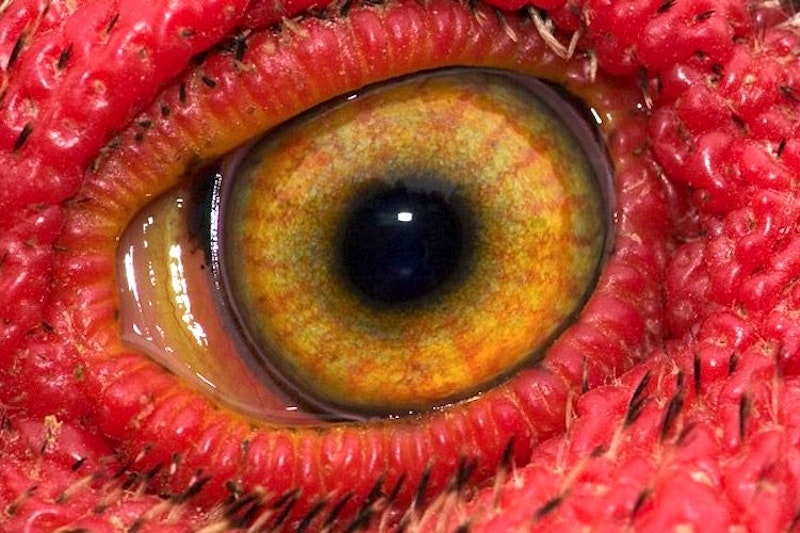 These are the eyes of a killer. Beware.

“How to skin a cat.” Why is that an expression? It’s like “Does the Pope shit in the woods.” No, of course not. Why would you say that? I also don’t understand why anyone other than a sick freak necrophiliac murderer shoplifter would ever even think of skinning a cat. Why is this an expression? I hate it. I feel like “chickens are next.” For now, we’re roosters—and hens, unfortunately (heh). My wife is out for the evening, “on safari” (she’s making sure the Congolese cobalt miners making iPhones aren’t tying up the global supply chain), so I’m inside reminiscing with a glass of ginger ale and some heroin I’ve had in the freezer for when the wife leaves or I get bored.

Of course I test it! I’m not going to die of an OVERDOSE! My name is Rooster Quibbits and I can use heroin responsibly.

Stoned. That’s all it is. But I used to do too much: cramps, constipation, losing feathers, begging Bennington for Quaaludes (the 1970s were fun but also very bad for me). I’m okay now, I’m able to use dope responsibly in my old age just like Bob Dylan. It used to give me wild withdrawal symptoms though, I really thought I was going to die one night when I couldn’t shit, cum, piss, or move either of my spur claws. I was fully “that bird” when Monica got me into the office of Mezuzah Ruskin, a trusted bone doctor in the animal community under Manhattan. Our time in the city was characterized by episodes like this, and it’s why we came back to our Massachusetts roots in the Reagan years.

So Mezuzah gets me on the table and lays it on me real bad: “Your fluff is gone, your sickle feathers are falling off, and your shank is so inflamed I should amputate at the hock joint.” I looked at him, my eyes filling with tears, my beak spilling the only words that I could manage: “But doctor… I am Pagliacci.” Mezuzah looked at me like what I was, a junkie, and incoherent at that. “Okay, lay down, bubbie.” I never asked Mezuzah about his religion but I assumed he was Muslim based on all the gold in his apartment. Anyway, the wings of this bird snapped me back into shape and my cloaca practically exploded. Then something horrible happened.

“AH! AH! AH! AHH! OH MY GOD! OH MY GOD, OWWWW!!!!! OWWWWW!!!!!!!” It was the worst pain I’ve ever felt in my life, except when I found out my wife made more money than me in 1996. “HOLY SHIT OH MY GOD MAKE IT STOP OWWWW!!!!!” I had a Charlie Horse. Bad. Why is that an expression? What does it mean? Who is Charlie and where I can find his Horse so I can shoot it in the head? I hate him for causing cramps in my joints. Mezuzah told me to hold still, mumbling something about a grand mal Charlie horse, I asked him to stop speaking French. He left me in my pain, screaming at the ceiling and wondering whether or not this would be the night I would meet my eternal reward—or punishment.

Finally, Mezuzah came back with what I needed to see: a needle. He stuck it in my butt and I don’t care—still don’t—what he gave me, or what we may or may not have done to my cloaca while I was out. But this wasn’t anesthesia. It wasn’t heroin, either—or any opiate. This was something like Huxley’s Soma, but better… I felt I’d met God, but it was just Mezuzah… when I came to, he was sweaty and out of breath. I didn’t feel well and asked for another shot of whatever “that was.” He looked at me like a Bundy: “You’ve just been roofied. Intravenously. You’ll hear about it in a few years.” He got up, smiling, and stroked my feathers. “You stay nice with it, though.”

Mezuzah didn’t live very much longer. After 1981, he was no longer protected by Bennington’s Subway Syndicate, so I had the hit put out. I wanted him to suffer, and wanted to see it, but this is before cheap video. I could’ve gotten a video camera, even a 16mm camera, but didn’t want to spend that kind of money on a snuff film (and evidence). Habeas corpus or whatever gives me immunity from this crime because it happened so long ago, so I can tell you about it: what I decided was I’d come down from the barn in Massachusetts to murder Mezuzah himself. Bennington had it all set up. Monica came to watch (and help, if needed. She had mace).

I got off the train, into a cab driven by a made bird, and into the subterranean apartment of a poor, hurt, tired, tied-up Mezuzah. His feathers were mostly plucked out, and his belly was bare. I took a look at his hock joint, far more inflamed than mine ever was. “Rooster, you don’t understand—” I told him I did. Yes, Mezuzah, in fact, I’ve understood from the beginning that you weren’t a bird but a rat son of a bitch sent down here by the Italians and the SIU to ratfuck me. I’m not taking any chances tonight.

Sorry, I’m getting into this too much. I’m re-living the moment.

“This your hock joint, Mezuzah?” He looked at me and pleaded mercy, “no, please no…” Useless, because I picked up the lead pipe supplied by Bennington at the side of the bed and smashed it against Mezuzah’s hock joint and the iron bed frame he found himself chained to. I remember his squawks and screams, pleas to stay alive, and I’m thinking about them right now. I can hear them. You can’t, because whoever you think you are, you’re not. I am.

Mezuzah didn’t take long to die: he was fat and I was interested in vivisection. This was my last experiment in the field as most of Mezuzah’s guts came spilling out and we were all wet for a week. Not even the waters of the Hudson could cleanse us of this filth’s interiors. I knew he was raping other birds and I wasn’t going to let it go on. It couldn’t continue as long as I was around. That’s what I was like in my middle age.

Now? I take it easy. One shot of dope, one easy story. A nice one, if may say. And it’ll be one that Monica will enjoy whenever she gets back from “safari.” She always talked about her time watching Mezuzah die with fondness. She glowed whenever she talked about the torture of that bastard chiropractor: “You killed him so many times.” If only so many were enough.