Why We Are Listening 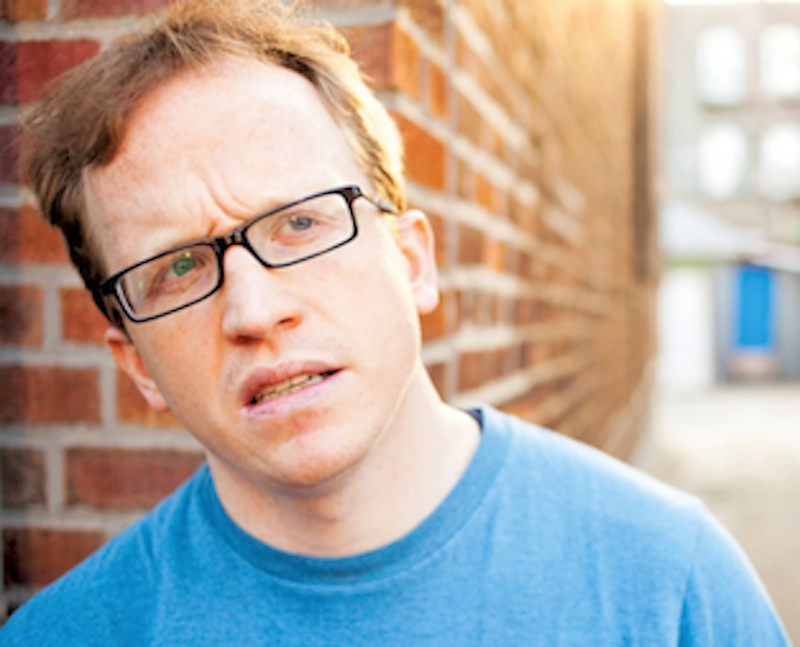 Most comedians are bombastic and aggressive. “Kill or be killed” is a common refrain of the stand-up world. To stand on a stage in front of others and speak publicly is the greatest fear most Americans have. We fear this more than heights, snakes, drowning, needles, flying, and zombies. Okay, perhaps zombies say more about our irrational natures. But what is it that makes most people so afraid of speaking in front of a group? Is it self-confidence? Is it being corrected throughout our lives, so that we are afraid of saying “the wrong thing?” As we move toward a more self-empowering culture, we see the backlash from older generations, who were raised under the parenting umbrella that children should be “seen and not heard.”

Speaking with confidence is connected to developing trust and confidence in childhood and early schooling. Non-native English speakers have trouble with this in the English-only classroom. Autistic children may have speech delays. Young children absorb language through the sounds in their homes. Quieter parents are not feeding their children the words they will need to speak fluently. Educational psychology classes urge new teachers to democratically delegate student voice throughout the room, empowering the naturally shy and keeping the loudest voices from dominating. This is easier said than done in the classroom. But on the stand-up comedy stage, there’s one microphone and one person standing and speaking. If a heckler comes in from the audience, “Kill or be killed,” comes into play.

Chris Gethard is not that kind of comedian. He tells stories. He’s an underdog. He’s made a career out of championing the underdog and by 2015, he found a niche audience. Which is why he’s perfectly suited to host a podcast in which he’s a host who listens and improvises as the anonymous caller begins unraveling an impromptu conversation. As with most conversations with strangers, there’s no clear beginning and no clear end, but there’s a clock here. Gethard’s premise is that he’ll stay on the phone for one hour and the caller (who finds the ever-changing hotline number via Twitter) will remain anonymous, in the hopes that they open up and speak honestly about their lives.

Beautiful/Anonymous began in March, 2016. There are 179 episodes. I’ve listened to three. I’m no expert on the show, but I’m writing about it because it strikes a (vocal) chord that I don’t hear very often right now. I’ve listened to many podcasts in the last decade. Interview shows, political, cultural, entertainment, sports, storytelling. My listening runs the gamut. But the long-form interview still holds the richest potential because people loosen up after about 15 minutes and conversations become free-flowing and real. In his comedy, Gethard has talked at length about depression and mental illness, and our universal need for empathy and genuine connection. If you aren’t someone who has dealt with depression, this might seem like a downer. I’d withhold that judgment for a minute. Listen first.

The first episode, “Ron Paul’s Baby” is probably the best hour of any podcast I’ve heard this year. A man who turns out to be in his late-20s calls in from Texas. The next hour is a crash course in empathy and genuine connection. Gethard is new at this hosting situation, so it feels awkward at first, but the uncertainty adds to the listening experience. The desire to understand where someone else is coming from and what might be done to help that person along the way—this is palpable in Gethard’s intention. He makes it clear he’s not a therapist, but that he believes every person opening up about their problems will help others listening relate and understand they’re not alone in theirs. This universality is what propels the show. People finding comfort at moments where discomfort and loneliness are temporarily overwhelming. This first caller turns out to be introspective and oddly humorous. His childhood has been filled with potholes and his actual car-problems impact his adult life, but Chris pulls him along for the hour and the ending of the phone call is memorably endearing.