Why They Suck: Stephen Hawking

Hawking makes the universe a fiction. 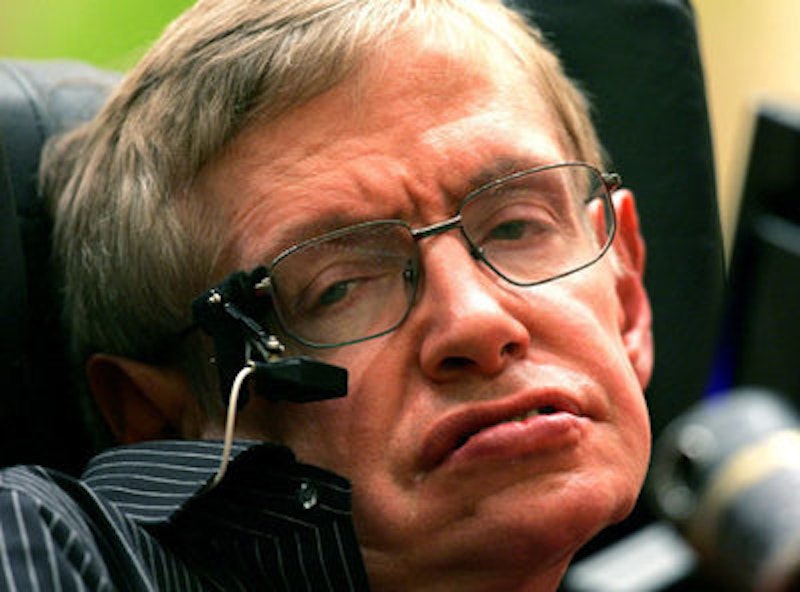 A good theory or model, say Hawking and his co-author Leonard Mlodinow:

3. Agrees with and explains all existing observations.

4. Makes detailed predictions about future observations that can disprove or falsify the model if they are not borne out.

The first conclusion the authors reach using these standards is the “alternative histories” interpretation of quantum mechanics as put forward by Richard Feynman. Sparing you the sketch of qm illustrated with soccer balls, the conclusion is this: "Like a particle, the universe doesn't have just a single history, but every possible history, each with its own probability; and our observations of its current state affect its past and determine the different histories of the universe."

That's wild and super-cool! It's also a terrible theory, by Hawking's own or any other rational standards.

The classic account of elegance for theories is "Occam's razor": do not multiply entities without necessity. Other things being equal, the theory that explains the most with the fewest is the best theory. You can explain the movements of the heavenly bodies by local battles between the leprechauns and the gremlins, or you can explain them all in terms of the law of gravity, for example.

By that standard, "the universe has every possible history" is precisely the least elegant possible model for explaining experimental data. You'd think this would occur to the smartest person in the world, when he puts these things forward in consecutive chapters.

However, even though it maximally fails Hawking's first standard of theory choice, the model performs beautifully on the third: successfully predicting future observations. With regard to every possible event, I predict that it will occur. There, I'm done! And science is finished, which is good, because that shit was wack.

However, we run afoul of four, because the model can't be falsified: the idea that the universe has every possible history is compatible with all possible future observations.

So I'm hoping that some elements of this model might be adjustable, and as it happens the "double slit" experiments that it supposedly explains were never performed in infinitely many real alternative histories, so I really wouldn't worry about them anyway. It's another great victory for the leprechauns, which are probably real on Hawking's theory.

Once theoretical physicists have casually made the universe mind-dependent (by claiming that observations determine universes), they have stopped doing science, for they have made the universe a fiction, and they're only studying the inventions of their own minds.

But I suppose the minds they are studying are the greatest minds in the universe, which is just one of the approximately infinitely many universes. Some of these glow like beacons of hope, and some are really dim.