Pecking and Revenge in Greenpoint, Part 2 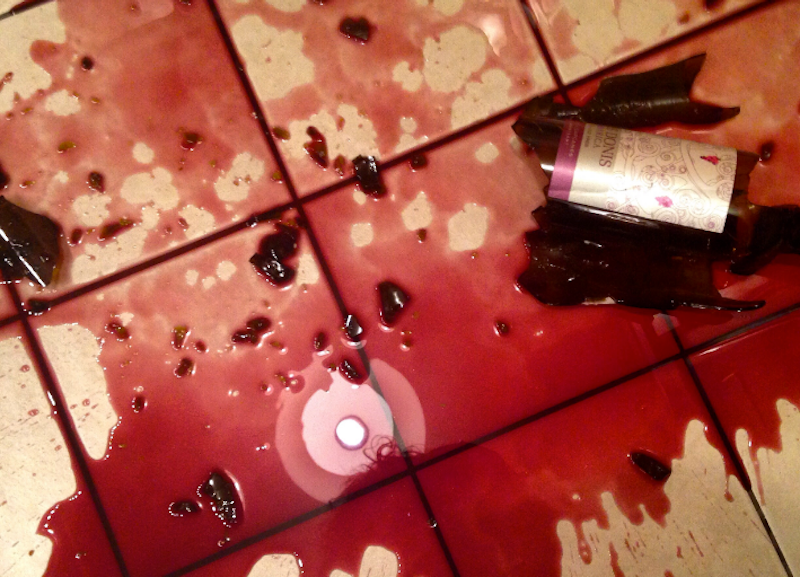 “I’m being deported.” Yeah, I’ve heard that one before. The former Speaker’s face is already wet, and in all his blubbering his eyes have gone red and his hands are swinging around wildly. John Boehner flails like someone who’s just had his spinal cord severed. Boehner knocks over a bottle of Bordeaux and three nearly empty handles of vodka roll off the table. They shatter on the carpet and I’m the only one that notices. He’s useless, so I look up at his associate, who’s not even looking at me. I’m not sure what or who he’s looking at—his face is covered by bug-eyed black sunglasses. What a honker. He doesn’t say a word or move an inch, all pursed lips, hands folded looking at his boss—or employee or debt-holder—sobbing hysterically. He turns to me and produces an envelope from his jacket pocket. It’s stuffed with cash, hush money: he’s got his index finger to his closed lips and he gestures for me to leave the room. The Quibbits clan may be cantankerous and occasionally obnoxious, but we do not take bribes (except for my brother-in-law Buckley—he’s the biggest schnorrer in Boston. We don’t take him anywhere).

I reach for the envelope and spur claw this guy right in the ankle. “OW! FUCK!” He’s screaming and holding his bleeding ankle—did I sever something?—while Boehner is still oblivious, banging his head against his desk and cutting his own head up against the broken glass of his Bordeaux bottle. I want to help my friend. Former friend maybe, but he’s in a bad way. I don’t feel that he’s behind this. I see the bug-eyed man reach for his side-arm and do a quick pivot off the metal folding chair and dive straight into his face and starting pecking the shit out of him. He tries to grab me but I swat him away with considerable wingspan and my claws. I take a nasty hit and spur claw his throat, and blood sprays everywhere, he’s clasping his neck as the last moments of his life flash by. I’m too shocked to do anything but find out who this fucker is. I knock his sunglasses off and see the dying eyes of Anthony Weiner. They stay open, glassy and gone, and I notice the silence. I look up and Boehner is quiet too, with his head in the mess he’s made.

There’s rumbling in the distance of the warehouse and I jump up onto Boehner’s desk to rouse him. He looks up at me and speaks incoherently, like a barn animal, and I ask him the only thing I came here to find out. “Why the cease and desist? Why the name? Why did I have to kill Anthony Weiner?” Boehner holds my wing delicately, and looks me in the eyes as he slurs, “I need your help. Only the Quibbits can save me and my family now.”