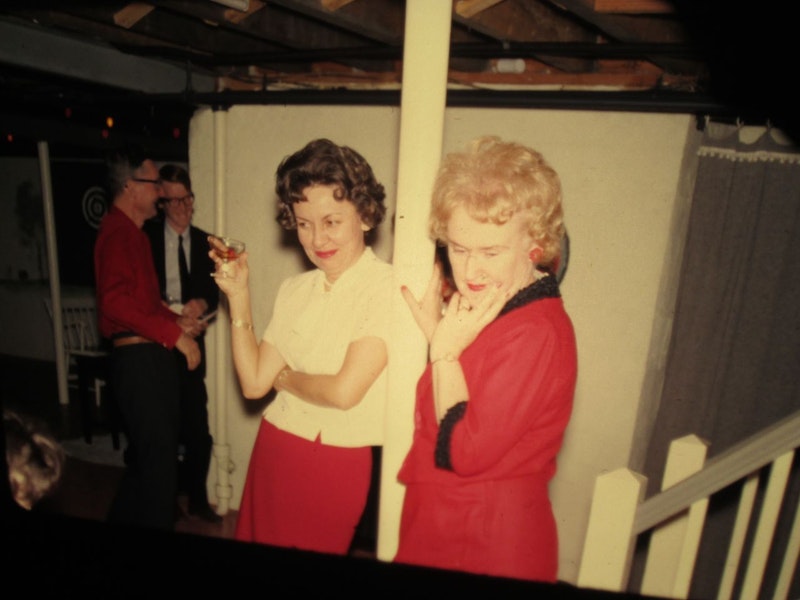 I’ve never met Pat Buchanan, but I’m told by friends he’s a gregarious, witty and kind man, with an infectious laugh. Private and public lives collide, certainly, but I’ve no use for the 77-year-old paleoconservative who’s had a lucrative and well-publicized career as a White House aide to Richard Nixon, Gerald Ford and Ronald Reagan, a performer on cable TV talk shows, an author and syndicated columnist. Pat-Pat-the-Water-Rat, as my brother Jeff dubbed him, can turn a phrase (though not quite the wordsmith as his late Nixon White House colleague William Safire), but his decades-long pining for the America he grew up in has caused nothing but damage. I’ll concede one point: unlike the popular columnists of the 1990s, who all thought they’d be historic presidents, Buchanan actually did run, twice, for the White House. He’s never lacked for moxie.

Yet it was Buchanan’s xenophobic/homophobic/social morality challenge to incumbent George H.W. Bush in 1992 that directly led to the election of Bill Clinton (and, by extension, the current candidacy of his equally craven wife Hillary). Bush wasn’t a first-tier president, I suppose, and he riled conservatives when he reneged on his “no new taxes” pledge, but his foreign policy diplomacy was smooth and unlike Barack Obama, he didn’t apologize for perceived American sins. Bush’s trouble (in contrast to his son George) was his disinterest in campaigning, which led to his dismissal of Buchanan’s challenge in the ’92 New Hampshire primary. Buchanan didn’t win, but his robust 37 percent showing emboldened Ross Perot to enter the race and allow a scandal-plagued Clinton to recalibrate his campaign. Perot, a wack-job—who in retrospect seems demure compared to Donald Trump—dropped out for a few months (on July 16th), and Bush did little to court those disappointed supporters. Instead, Clinton, who was in third place in June polls, vaulted to the top, and, as a superb candidate who worked tirelessly, never lost that lead. Buchanan gave a rousing, bigoted speech at the GOP convention that summer, while Clinton’s was harmonious, and for whatever reason, for it is a strange world, his choice of Al Gore as veep cheered the electorate.

Back to the present. On May 27th, Buchanan wrote: “In the popular culture of the ‘40s and ‘50s, white men were role models. They were the detectives and cops who ran down gangsters and the heroes who won World War II on the battlefields of Europe and the islands of the Pacific… [Today] “angry white male” is now an acceptable slur in culture and politics. So it is that people of that derided ethnicity, race, and gender see in Donald Trump someone who unapologetically berates and mocks the elites who have dispossessed them, and who despise them.”

Paraphrasing a popular stump line of Buchanan’s in the 90s, that’s a mess of pottage he’s throwing at us. It’s an idealized country (at least his ideal) that Buchanan remembers so fondly, and I don’t think his memory is selective. He really did like a male-dominated society, one that condoned bigotry against not only blacks, but immigrants, beatniks and homosexuals. Like many people of that time, Buchanan celebrated conformity. I was born in 1955, in suburban Long Island, and was fortunate that my parents, older than Buchanan, and long-deceased, didn’t pass along those ideas to their five kids. The picture above is from 1961, a Christmas party, and my Aunt Winnie and mom, two strong and opinionated women, are shown in conversation. (You can argue when the 50s ended; I’d say the day JFK was gunned down.)

My parents, born in 1916 and 1917, were different sort of eccentrics, which could be maddening, but they weren’t Buchanan’s sort of folk. Although they usually voted Republican (my mother hated the Kennedys, for that family’s flaunting of wealth), they were pro-integration before it was acceptable in their circle of contemporaries. My dad’s workforce at his car wash was almost exclusively black and though we weren’t well-off, he never flinched at bailing out this or that fellow who was jailed, often on spurious charges. As I’ve written before, my mother explained to me when I was seven, and asked why so many people hated negroes (the term back then), she considered the question and, mindful of an impressionable tyke just beginning to understand current events, said, “They jealous, Rusty, because negroes are nicer and better-looking than whites.” It was a simple answer, and perhaps not entirely accurate, but it communicated tolerance and compassion for those discriminated against, so I reckon she did her job. (It’s possible my parents were influenced by the refusal of my grandparents to attend their 1940 wedding: my dad was a New England Protestant, mom was a Bronx Irish Catholic, and at that time the mix was inconceivable to some.)

Similarly, the parents of many of my friends (certainly not all, including one man who called his jet-black dog “Nigger”) were also not the “role models” Buchanan has in mind. The father of one my best friends counseled him to never engage in a fistfight, unless he was called a “kike” or “yid,” and then it was justified. Anti-Semitism is still far too common, but when I was a kid, World War II was less than two decades in the past, and even in New York it was rampant.

So when I read the words of a onetime demagogue like Buchanan, celebrating the white male role model (to the exclusion of women, non-Christians and anyone with dark skin), I know he’s speaking for himself and his aggrieved brigades. It’s odd he supports Donald Trump, a showy nouveau riche attention-seeking braggart, since he doesn’t fit into Buchanan’s vaunted white male role model of the mid-20th century, but then, a lot of what Pitchfork Pat says doesn’t make sense. And it could be he has no idea that virtually no one takes him seriously anymore.