Why They Suck: Lucian Freud and Francis Bacon

Being the worst person of all time doesn't improve your art. 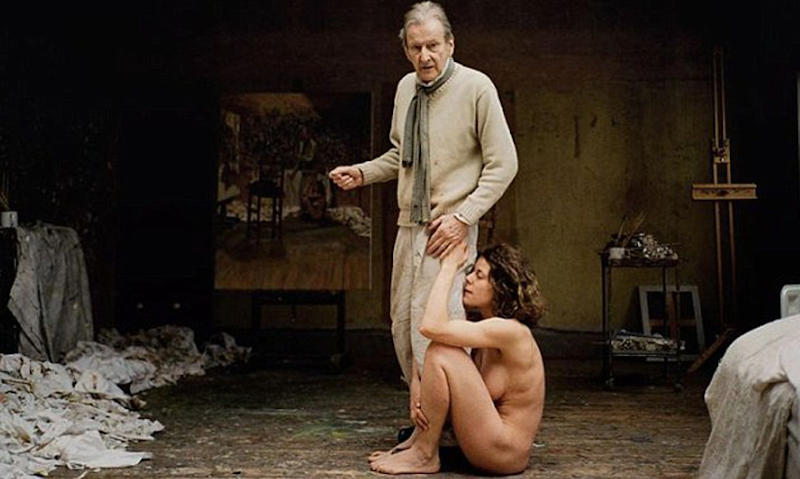 One was straight, the other gay. One was a sadist, the other a masochist. One was the grandson of the great psychoanalyst, the other the namesake of the great philosopher. But they both infested and dominated the same London demi-monde, 1940s-90s. They rose together and were intermittent friends. They’re admired by the same writers, and writing about them always takes the same shape. First you gasp at the undeniable greatness, perhaps quoting David Hockney. Then you ask whether a genius must be an insane monster, or whether all the damage this person inflicted on the people around him was worth it to get these mesmerizing, transformative masterpieces. This squarely entails that the extreme wrongness of the men's behavior was essential for the extreme excellence of their work, but you have to not quite appear to endorse this correlation.

These are hard questions, you say (because, for example, you're ColmTóibín). What’s the relation of aesthetic to moral value, of the artist to the art, etc.? Then you spend the rest of your word-count luridly re-hashing the unbelievable tales of the genius abusing others or being enthusiastically abused. By the end, the reader realizes that the supreme excellence of the work has merely been asserted or taken for granted or attributed half-heartedly to some authority figure or series of awards and that all the interest is in the extremely scandalous behavior.

The behavior, not the art, keeps the biographies and essays coming and the auction prices astronomical. It’s strongly implied that the worse the person is, the better the art: a 20th-century trope that helped produced the myths of genius-assholes like Picasso and Pollock, Hemingway or Ginsberg. Of course he's an alcoholic or drug addict or an abuser of women or, on a good day, just a completely irresponsible asshole. He's a genius! (And he's definitely a he, of whatever sort.)

Maybe you haven't followed the Bacon/Freud situation, so now I’ll do what I appear to be condemning. Really, with both guys it's decades of horror, but let's dip a toe. Freud had hundreds of "lovers." Often, throughout his life, these were teenage girls or very young women whom he cajoled into modeling for him and then just straight-up lunged at. He impregnated many of them (he was strongly opposed both to birth control and raising kids), and had as many as 40 children (eventually he painted some of his daughters naked, about as close to parenting as he ever came).

A Daily Mail review of a Freud bio provides a typical vignette: "Shortly after his heartbreak over Lorna, he started having an affair with her niece, Kitty Garman, the daughter of the sculptor Jacob Epstein. A short-lived marriage to her followed, in 1948. That same year, he started bedding Anne Dunn, at that point a naive 18-year-old, after picking her up in a Soho nightclub.

Anne said: ‘I had no idea Kitty was his wife when I met him, nor did I know Lucian was a father, until one night we were having dinner and someone came up and asked him how the baby was. I was absolutely astonished.’ Lucian didn’t care. Guilt was not an emotion that either affected or restrained him. And because he considered any form of birth control to be ‘terribly squalid’, Anne ended up getting pregnant twice and aborting two of his babies."

But Dunn stuck with him for years. Probably not because she enjoyed the sex. "One had to be very careful not to show that one wished he would stop. The very last time. I didn’t want to see him again in that way. It was horrible; he was hurting my breasts, hitting and squeezing—really painful." As in many bits of writing on Freud, we immediately go from a barrage of that sort of stuff  ("I think he needed to dominate women") to how all this is embodied in his great art, essential to it. "He took what he wanted. That was his strength." What he wanted by the end was girls 50 or 60 years younger than himself.

Freud's art is often held to be an affirmation of the human body in all its fleshy, beautiful reality. Now, I see Rembrandt that way, but Freud's portraiture and nude figures are essentially cruel. Painters I know very much admire (as they might put it) his facture, about which I'm pretty ignorant, so I’ll suppose they're right. That might heighten rather than ameliorate the repulsiveness, however: that someone's moral disease is fully and intensely expressed doesn't make it non-repulsive. Quite the reverse, and the worst thing about the Marquis de Sade might’ve been that he could really write; that's how he made sadism compelling.

I find Lucian Freud's art repellant, though I admit that I might be seeing it a bit through the life. But Francis Bacon's paintings are repellant by acclamation. A review by James Cahill of a recent Bacon bio gives the usual sketch. After, as legend has it, being introduced to sex and riding crops by horse grooms in his father's stables (which has the flavor of a lie or fantasy, I remark), "his mind seldom moved from the facts of love, death, massacre, and madness, in whatever form he could seize upon them."

Plucking a few emblematic anecdotes from a vast wealth of degradation, Cahill recounts Bacon's relationship with Peter Lacy. "The sadomasochism of their relationship unraveled into dangerous mutual dependency and violence, which didn't preclude acts of rape against Bacon—and, on one occasion an attack in which Lacy hurled him from an upstairs window. When Bacon was holed up in a temporary house in Henley in 1954, close to Lacy's house, he was visited by a local girl of thirteen [and her father]. They found Bacon sleeping on makeshift bedding, 'out of his mind with drink, pee on the floor, hadn't changed for days."

That turns out to be a pretty typical evening in the life of Bacon; it's portrayed as the price of genius. But Bacon’s consistently shown seeking out such situations and eroticizing them in his abject way.

Like the tales about Freud, such stories are typically followed by a redeeming moment. The 13-year-old girl, for heaven's sake, remembers that Bacon awoke and in a beautiful voice started discoursing about good and evil. People remember the sexual abuse that Freud dealt out to them, or the incredibly, enthusiastically degraded condition of Bacon, and then they talk about the luminous eyes, or the amazing disquisitions about T.S. Eliot. It tends to go like this: yes, he raped me, or—at his insistence—I him. Yes, he took me down into a nightmare of addiction and a bunch of our friends and lovers have committed suicide. But I really learned a lot. And those eyes!

It’s certainly more blameworthy to be the perpetrator than the victim of rape. Forced to choose, I'd say that Freud was a worse person than Bacon. But forced to choose, I'd rather look at Freud's paintings. Perhaps all the destructive behavior doesn’t make the art worse. But all the destructive behavior certainly doesn’t make the art better, which is exactly what all these biographers and critics and art collectors keep implying. What the hell are they fascinated with, and why, they ought to as themselves.

We'll not be separating these men's art from their lives any time soon. But I still think, as when I first saw Freud's and Bacon's work decades ago and knew nothing about their biographies, that the art stands up: it’s repulsive all on its own.