This Is Not My Beautiful City 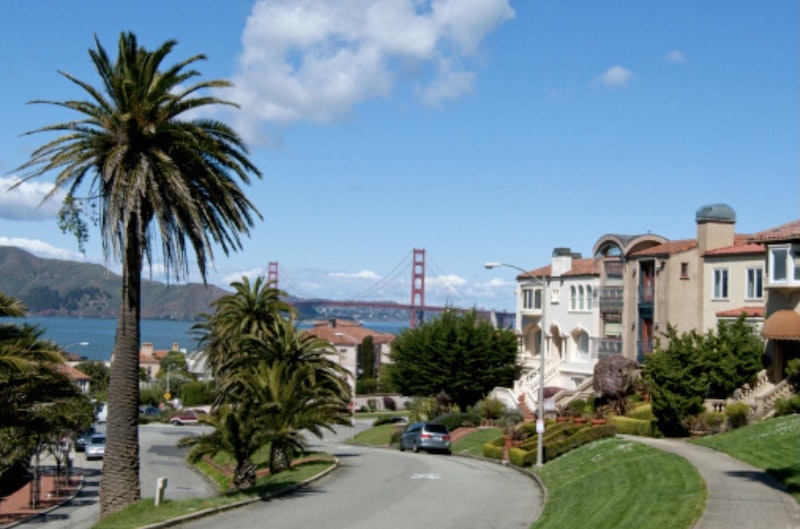 Everyone's down on the once-magical (at least to liberals) San Francisco these days. While the town used to evoke pleasant thoughts of great food and wine, scenic streets, a stunning bridge, and colorful neighborhoods, the single word that now comes to mind is "homelessness." The town's lost its soul to the heartless tech interlopers, people say, and now the results of that Faustian bargain are manifesting all over city streets crowded with people using the sidewalks as toilets.

San Francisco, which I once called home, is the American city I'm most fond of. And while the tech boom was well underway when I lived there—I used to serve Steve Jobs drinks at the restaurant bar I worked at on Jackson St.—Silicon Valley hadn’t yet sucked the town's character dry and replaced it with a dot.com gentrification culture dotting the cityscape with cryotherapy spas, private clubs for dogs, and all the other fussy amenities demanded by the spoiled invaders who've turned a city with its own strong identity into their own private bedroom community. Taking pride in San Francisco has to be more challenging lately, given the regular media reports on the squalor that's settled into the downtown area.

I suppose it's unrealistic to believe that your beloved city can stay just the way you once liked it, safely preserved like a favorite photograph in a scrapbook. That can happen in, say, a small town in West Texas, but such stasis isn't a characteristic of vital urban areas that are constantly reshaped by the economic forces that both provide their vitality and disrupt them.

But San Francisco's transmogrification hasn't been the organic type that comes with time, such as the normal urban gentrification process that's inevitable, yet always uncomfortable. San Francisco obviously didn't choose to be located 36 miles north of the place that, in a relatively short span, expanded exponentially into the world's tech hub—a place in possession of too much gravitational force to be contained within the Palo Alto city limits. San Francisco wasn't in control of shaping the Silicon Valley economic juggernaut that turned into a reverse deus ex machina—a force arriving from the outside that, instead of providing a solution to an apparently insoluble predicament, created an insoluble problem.

While the traditionally tolerant city of San Francisco's traditional liberal politics have long provided a welcome mat for many Americans shunned in more square locales, they also laid the groundwork for an irreversible downward spiral if the dream were to break down, taking with it all the affordable housing. San Francisco's brand of progressive politics is heavy on the performative social justice rhetoric, but light on actual policy that might upset the ruling elite.

Ideally, Silicon Valley would've emerged in a more remote location where rings of housing development could have expanded outside the city center to accommodate rapid population growth. That way, a high-tech culture with its own values could’ve organically formed without disrupting the dynamics of a nearby city. Anyone wanting to be a part of that culture could move there, and those wishing to remain untouched by it would have that option.

Instead, artists, line cooks, and other low-paid workers essential to the city's social fabric have been driven out of town. The less fortunate have ended up on the street. But there's been a recent positive development for those at the bottom end. This fall, 145 people struggling with chronic homelessness will move into a new housing development in the South of Market neighborhood. The project's being built much faster and cheaper than the city's typical affordable housing developments, which often take six or more years to complete and cost an average of $700,000 per unit, an exorbitant figure that makes the problem look insurmountable. This project will take just three years, with a cost of $383,000 per modular unit.

Tipping Point Community, a philanthropic organization seeking to break the cycle of poverty in the San Francisco Bay Area, engineered the project, which finally injected some innovation to San Francisco's fossilized, self-defeating approach to handling homelessness. The Vallejo, California factory that makes the housing units is unionized and employs former prison inmates needing a second chance. But San Francisco Supervisor Gordon Mar had this to say: "I do see it as a new tool to address our housing prices, but would like to ensure high quality building standards and middle class jobs." In other words, he's more interested in maintaining the status quo than in addressing housing costs that doom widespread homelessness to incurable status.

San Francisco can’t afford not to go with the modular option, although that's of little concern to the city's construction trade unions looking for more $76/hour jobs, and the politicians who are beholden to them. City supervisors are reluctant to oppose the powerful unions, while the homeless are powerless.

President of the San Francisco Board of Supervisors, Shamann Walton, said he's all for good, high-wage union jobs, but he's "not sure we get that with modular.” Supervisor Ahsha Safaí said he wouldn’t support another modular project unless it includes jobs for San Francisco unions. Supervisor Myrna Melgar said the city should reconsider building a modular factory in San Francisco that employs the city’s union workers, even though that would make future modular projects unaffordable. Supervisor Rafael Mandelman said the situation's "complicated,” adding that he's open to more modular housing, but "middle-class jobs” are equally important.

Triage specialists in emergency rooms make sure fractured skulls get treated before broken ribs. San Francisco politicians need to do their own version of triage, given their city's precarious health, but they lack the nerve. A city determined to defeat itself inspires no hope.