The end of postmodernity, and how I avoid touching my privates. 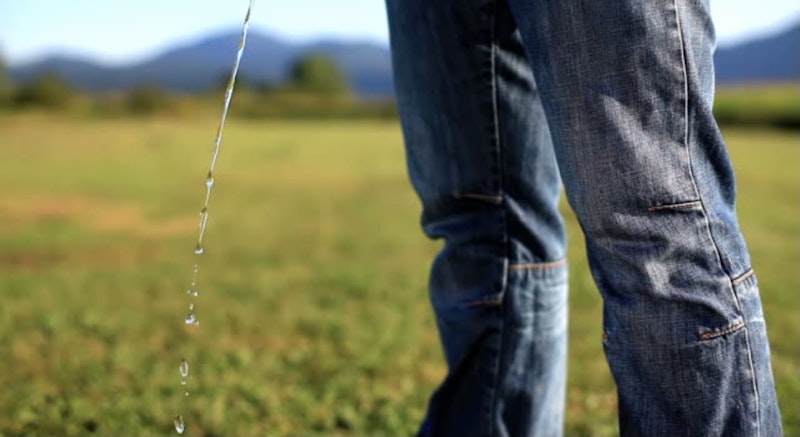 “The end of master narratives”: If you were paying attention to what passes for “intellectual” publications over the last 15 years of the 20th century, and maybe even the first decade of the 21st, you may well have come across that phrase. It comes to us from postmodernist thought and refers to this: the fact that the grand forward-looking myths that defined the lives of us Westerners during the era we call “modernity” had lost their power over us and had fallen apart.

Example: Marxism-Leninism, as a massive, overarching, end-oriented story, one that propelled whole civilizations into spasms of often gruesome collective action and gave meaning to numerous lives, expired as a master narrative somewhere around 1992, and at this point remains compelling only for a handful of semi-educated youngish bearded gorps resident in Brooklyn, in Portland, in the East Bay, perhaps occasionally in Austin, and perennially on Twitter.

Here’s another example: Americanism, which started dying a miserable death as the United States began its policy of imperial over-extension in the 1990s, was ludicrously reanimated by witch-doctors named Bush and Frum around the time of the Iraq invasion, and now exists, to quote Coleridge, as something like the “Night-mare LIFE-IN-DEATH”—a thing that remains vital only in the hallucinations of the sociopaths who invariably end up running our federal government, floating as they do to the top of the scum like fetid chunks bob to the surface of a cesspool.

The master narrative that has governed the existence of the liberal EU—“United in Diversity,” and ever more so united, toward the dissolution of nations—is another one that’s on the way out. So is the American Evangelical master narrative, if anything so tawdry and provincial deserves to be called a master narrative.

Anyway, the stimulating and much-vaunted “postmodern” moment that materialized in the wake of these expirations didn’t even last long enough for Harris to step out for a root beer and a hot dog. I’ve been watching as our spectacularly mediocre civilization exerts itself in the touching project of creating new master narratives with which to fill the postmodern void. Apparently living atemporally in the historical flatlands, amidst the rubble of modernity, didn’t appeal to as many people as certain postmodern theorists thought it might. People need meaning. The “woke” master narrative, which offers a unified theory to explain the existence of the United States, Europe, and the West, and that assigns intensely significant moral roles to entire populations of human beings, is currently the nascent master narrative that’s attracting the most attention. The Q-Anon myth could be another contemporary master narrative that’s rising out of the stinking loam, shaking itself free, straightening its bent back, turning its ugly face to the light.

I find this all fascinating—that is, that all that intellectual energy spent “theorizing” the postmodern and lauding the various types of freedoms (“play”) that would emerge once the old stories had ceased to hold power over us, was for naught. It turns out that we were incapable of living in that freedom, if freedom is what it was.

Of course, I believe in the validity of my own favored master narrative. This is the narrative of Christianity, commencing at the moment of the birth of our Lord, developing over millennia in accordance with the Word—and to culminate, at what moment we know not, in His return.

My narrative is not merely a Christian one, but also a Russian one: A narrative of a particular sort of Christianity, one filtered to us through the authority of the Russian Orthodox Church (Moscow Patriarchate) and finding its secular counterpart in the Kremlin and in the person of Vladimir Vladimirovich Putin, the new eventually-to-be-canonized Ingatherer of Russian Lands.

Just like I do every year, I’ve given up for Lent the digital manipulation of my member, in any form and for every sundry purpose. As a man in my 60s, I can honestly say that it’s been a long time since I’ve been prone to self-abuse, so I don’t miss that. But the truth is that it’s devilishly difficult to urinate without touching one’s privates.

Mornings, when even at my age I still find myself waking in a state of semi-arousal, are the most challenging time. This state, of course, confounds the clear, unobstructed flow of which Chesterton wrote in his own charming writings about morning arousal. And it has forced me into frightful (and, to Mother, not unassuming) contortions as I attempt, as dawn breaks over the Indiana fields, to relieve myself off our back porch without wetting my white Jockey shorts.

Not to put too fine a point on it, but I have found that the safest method involves the achievement of forward thrust, the better to “clear” the clothed parts of my undercarriage from the dribbling and spraying occasioned by the expanding prostate.

“You look like you’re humping God’s morning air, John,” Mother rasped this morning on observing me with my khaki shorts down around my sandaled feet. “I think I ought to fit you for a catheter.”

Then, mumbling her morning benisons to Saint Lyudmila of Pyatigorsk, she toddled off to muck out the coops.

O blessed Mother, wife of mine! Discomfiting as her “sharp tongue” can be, there’s something holy in its earthiness. It reminds me that we’re not only inspired by the breath of God, and bearers of immortal souls. We’re also profane creatures, created of the dirt to which we shall return—but this, too, is good.