Why the Long Face? 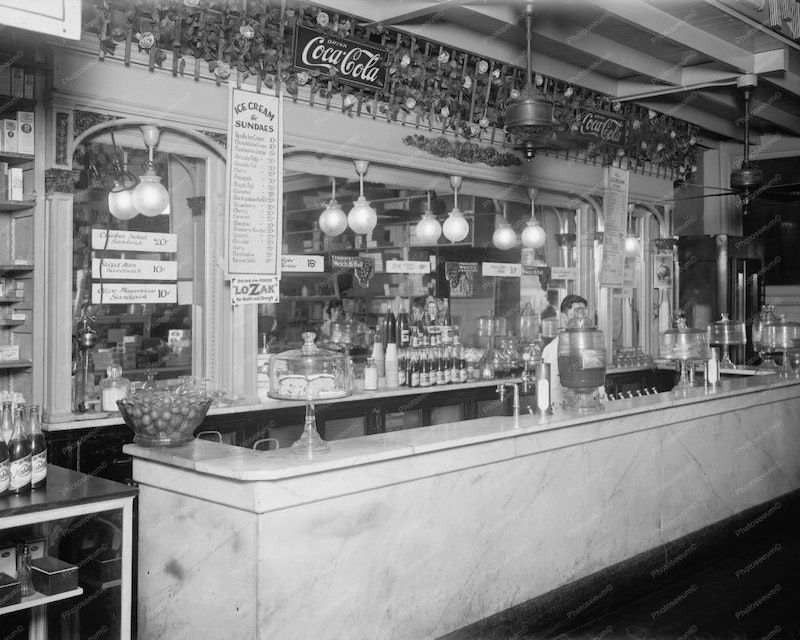 (Putting the drink on a napkin in front of Mal, gesturing toward him.) The look on your mug—like ya got somethin’ buggin’ ya.

Oh. (Sipping drink then looking himself up and down as a bit of a joke, you know, like a gag.) Nothin’—looks like I’m about the same length as always (smiling, sipping, smiling), right?

Hey, that’s not bad, Mal—I might use that sometime. (Gesturing vaguely toward “the back.”) I gotta, ah, go to the back for a sec. (Double-fingered point.) You good, Mally?

(Pointing and starting to turn but first stealing a worried glance at Mal; nonetheless, he does indeed venture to the back.)

(Looking started.) Huh? O-oh, oh, h-hey, Mal. (Putting jacket on the back of his barstool like always, but somehow anxiously this time.)

(Grabbing, shaking, inhaling a handful of peanuts from the little wooden bowl of them that sit on the bar; speaking through enthusiastic but non-threatening, non-aggressive, benign chomps.) Everything good witchu?

(The words hung in the air like a particularly smelly fart.)

(Leaning back a bit from Mumps, good-naturedly puzzled.) Whaddayamean?

Gosh, Mumpsy, I didn’t mean to. (Cuffing Mumps on the shoulder.) Whatever I said that’s got ya sore—well, gosh, I’m awful sorry. Howzabout I buy ya a beer?

(Sort of grumbling to the affirmative; muted confusion from Mal, though brightening with the return of Mickey.)

Say, put it on my tab, will ya, Mick? (Finishing drink.) And howzabout a reload?

(Wiping down and then filling a mug with a frothy draft, placing it on a napkin.) Hey Mal, whattayasay you, you know, take it a little (gesturing downwards with both hands with a politely plaintive sort of expression) easy, know what I mean?

(Recoiling, looking around nervously, leaning forward and whispering.) Hey Mal—come on, there ain’t no call for-for-for that.

(Laughing sharply.) For what? (Looking around incredulously.) Say, what’s the rib, huh? What’s the bit? Where’s the cameras? What is this, Mick, Candid Camera? You guys are puttin’ me on, right?

(Following Mumps with eyes as he returned to his seat and then touching forefinger to his own lips and “Shh”-ing very softly.) Hey, come on, Mal, you know I’m tryin’ to run a respectable business here.

(Shrugging as he took and sipped newly served drink.) Sure, Mick. I don’t want no trouble. Honest.

(Sitting back down.) Wh-what’re we talkin’ about, fellas?

(Glancing at him, then staring balefully at Mal for a moment.) I was just tryin’ to talk some sense into our friend Mal here. (Flatly.) But I can see he ain’t interested. (Retreating while continuing to stare, mindful not to turn back in the process of exiting.)

Why (shaking back the words and instead pressing two fingers on the napkin upon which his draft sat and picking up glass with other hand, sipping a long sip)?

What’s goin’ on, Mumps? I-I feel, (trying to light cigarette, stopping, holding unlit smoke between fingers) I feel like you guys are dry-shavin’ me but I can’t see the angle. (Lighting it, taking a drag.) I do somethin’ dumb last night or somethin’? Huh? Tell me!

(Mumps looked like he had something to say, but again he shook it back and took a long, slow pull from his brew; when it became clear that the air was becoming steadily more pregnant with Mal’s confused expectation, he shut his eyes and drained the rest of the tall draft, after which he gave a sort of choked cough-sneeze that brought Mickey and the kid who ran the grill, Mungo, rushing forth from the kitchen with looks of extreme concern and a sort of nervous bemusement, respectively, on their faces.)

You okay, Mumpsy? (Touching a hand to Mumps’ wrist, at which he recoiled automatically; at this Mal reflexively looked toward Mickey and Mungo.) I, ah… I dunno what happened, Mick. We were jest talkin’ an’ I guess he, y’know, the suds went down the wrong pipe or-or somethin’. (Mal chuckled sharply and looked around, conscious now that everyone in the pub was staring at them and more specifically him; he felt as if cold hands were caressing his shoulders and the back of his neck.) I didn’t—the heck is gotten inta you fellas (rubbing the back and side of neck roughly with hand, squirming a bit), huh? Tell me!

(Mungo recoiled, his nerves utterly shattered; Mickey swept the kid behind him, shielding him with his own body.) Why—why don’t you just call-call it a night, Mal? G-go home, get some rest?

(Murmuring of anxious assent and encouragement from the other patrons; Mungo nodded fearfully from the safety of Mickey’s shadow; Mumps looked over with a sort of desperate optimism.)

(Stubbing out smoke after a final drag and a hacking cough-into-laugh.) You guys are some real clowns, you know that? I mean honest-ta-goodness cut-ups! (Staring disbelievingly at the unyielding others, then grunting wordlessly; a final hesitation before grabbing jacket resignedly and putting it on with a sudden sense of aggression.) You guys are all cuckoo! (Leading Mungo to flinch and both ball part of Mickey’s apron in his clutched fist and knock a couple of stacked shot glasses to the floor, breaking them, after which, of course, everyone gasped and looked, mouths agog, at Mal, whose expression first softened, then became harder than before.) All of ya! Nutzos!

(Someone boldly shouted, “Hey get outta here why don’t’cha!” from the shadows; Mickey furrowed his brow and shook his head in restrained, classy disapproval.)

Find somewhere else ta do my drinkin’ instead’a with you nincompoops (as a parting shot Mal blew a raspberry, performed the “stick it” hand/arm gesture and flung the door open, the light of day rushing in like the tide, illuminating the pub for a brief moment before he exited and it shut behind him)!

Yeah, yeah, I know, I know. (Comically shrugging free of Mungo’s still-tight grip.) Hey, Mungo, you gotta buy me dinner before you try for second base with me, fella (laughing good-naturedly and with a half-hearted attempt at a noogie on the now much-releieved Mungo), but hey-hey! Watch the glass, Mung, huh? (Pointing at the glass.) Mop that up, will ya? (Louder, magnanimously.) Rest’a ya, next round’s on the house! Drink up, ya bunch’a boozehounds!

(Everyone cheered and at the corner in the cold as he waited on the bus Mal muttered angrily under his breath.)