I Drove to West Virginia For a Haircut

This pandemic has taught me that a haircut every four weeks is not a human necessity. 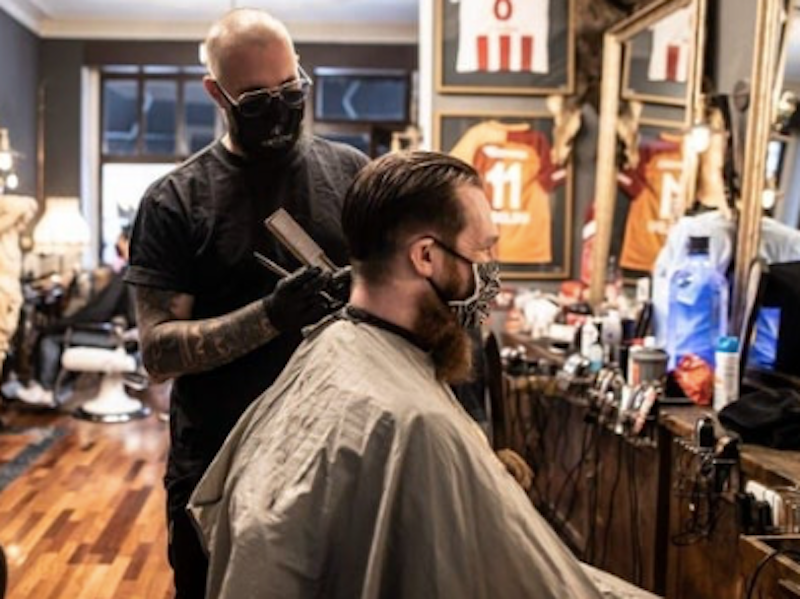 A Martinsburg, West Virginia barbershop on a typical Saturday morning is usually a fairly sleepy enclave. A regular or two in the Mountain State’s eastern Panhandle may amble in for a trim and chatter about the football exploits of the West Virginia’s University Mountaineers, but it’s hardly a normal buzz of activity.

The coronavirus pandemic has changed all that, making the West Virginia hair-cutter a destination for people like me, who live in neighboring states where using clippers is still largely a no-no. And, also, a small act of defiance to local measures which, while well-intentioned, seem like overkill when unsupported by science and data.

As a Maryland resident, in the Washington, D.C., suburbs, hair shagginess and Grizzly-Adams unkempt beard was at first a small price to pay for the social distancing measure meant to keep us all healthy. Same, I suspect, with many residents of Virginia and Pennsylvania, whom seemed well-represented at the West Virginia barbershop.

The closest anybody in the region has been able to come for a haircut, outside of West Virginia’s jutting Panhandle, is Delaware—kind of. In the First State, a good 90-minute-plus drive from my home, salons recently opened, but under very limited conditions, including a limited number of appointments each day that have resulted in long lines.

West Virginia beckoned. And the 70-mile drive has come to symbolize an ambivalence about re-engaging in “normal” activities we once took for granted. Like many people who consider themselves reasonably intelligent and thoughtful, I’ve largely kept my distance from others. That’s meant a lack of socializing outside of the remote confines of FaceTime, Zoom and Skype. And in my apartment building, waiting for the next elevator if the one stopping on my floor is in use by other people.

At the same time, I’ve tried to avoid paranoia about the coronavirus that’s grown in some urban elements of the country. As a (relatively) in-shape man in my 40s who takes care to keep his immune system up with largely healthy eating and exercise even in non-pandemic times, I’ve come to accept a certain amount of risk. That doesn’t mean going to a basketball court and playing a game of high-contact hoops. But it’s also in opposition to keeping the American economy shut down to the point that we’re mired in long-term double-digit inflation, crushing unemployment and federal budget deficits that on which we’ll be paying compounding interest for decades to come.

If nothing else, this pandemic has taught me that a haircut every four weeks is not a human necessity. I went 10 weeks or so from my last haircut at a high-end Washington, D.C. salon to the West Virginia barbershop visit. Depending on when the D.C. suburbs re-open fully I’m hopeful about a return to haircut normality in mid-July—even if it does cost nearly three times as much as the West Virginia shop.

But if the area’s till caught in lockdown fever, I reserve the right to schlep westward again, to the more eased confines of West Virginia. If that’s the case, I’ll likely be in good company with well-groomed brethren from surrounding states.