Humans always stink it up. 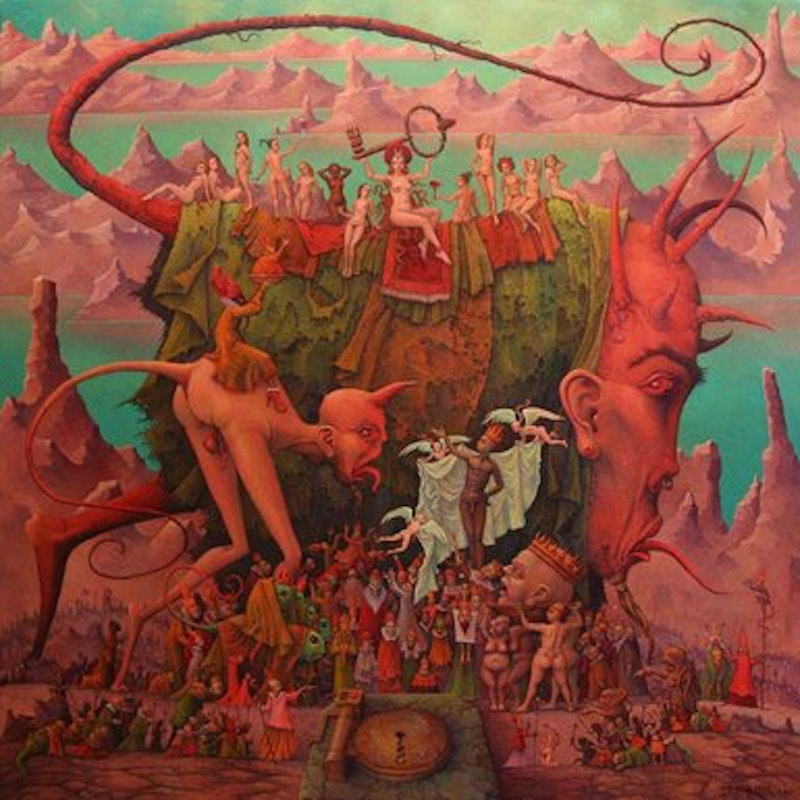 The world hasn’t been quite right for years. At least in my little patch, anyway. Shall we address the giant turd in the middle of modern life stinking it all to hell? Frighteningly reeks like schlocky horror movies with word titles like The Thing, The Blob, It, Us, Them, They Live... maybe you get it, pick up on the subtle clues. It's not all coincidence those evil things must die. Subtle innuendo of shitty monsters in our midst, wreaking havoc. What a way to liven up the day. Throw a monster in the mix and let fear play out. Add mock patriotism and some old-time religion. Thousands of people congregate should be fun, but there isn’t any such thing to be had short of curfews and martial law.

I’ve always been anti-social. The new distancing rule is old hat for me. Mass hysteria works every time. Although since the quarantine it’s evident that the environment has healed itself. I’m rooting for nature. Humans always stink it up. Clean up the old act. Fresh air, clear blue skies, shades of green growing like crazy in the springtime and wildlife reclaims the land. Of course, the economy was always more important than people. What they don’t get is people can’t spend money if they’re dead. I don’t care how good the food is in that joint but it’ll never be good enough to die for.

No cultural catchphrases can sum up the nonstop bullshit. Nothing is certain. Everything's subject to change or will certainly end. My oldest friend and running partner since the days hanging in the hood, Mike Gentile, summed up his take on what's happening now: "It’s like being out there on the ocean of that endless summer sitting on surfboards floating around and waiting for the next big wave to carry us back to shore. At the same time always on the lookout for sharks in the water." What we experience is a far cry from the relative calm and safety of our little spheres of influence carrying us to the beach of anywhere metaphoric beaches are. The longer we stay adrift the farther away the shoreline becomes. Riptides and undertow drags us to the bottom.

Another old friend and mentor, the Romanian poet Andrei Codrescu, is on top of the current dilemma we’re facing and for the most part was aware some time before the plague. Growing up in a communist country he witnessed firsthand the manipulation of people under the iron-curtained thumb of murderous despots. A different kind of plague to be sure.

I’m reading one of his many books, Bibliodeath—My archives with Life in the Footnotes. A roundabout meditation on the death of the written word and the metamorphosis into the digital visual world. Early on in the book, Andrei writes about his time as a poet/student at the poetry workshop of the Romanian Soviet school in the town of Sibiu, Transylvania. The walls have ears and all the buildings have eyes so there are no secrets to hide. Codrescu’s a hero in his homeland and also here among poets and free thinkers.

What day is it? I highly recommend Codrescu’s vlog, Andrei Codrescu Here, a video diary playing out in the time of the plague. Every few days, Andrei records a brief verbal entry of himself talking to the camera on his computer. He’s here now in turn communicating to us who watch, look and listen from our mirrored screen. A concrete frame of reference on a foundation of sanity. Really no different than talking to yourself in the lookinglass. A mindful selfie. Or the construct of many different selves relating to each self as one cohesive unit of you. A reflection of light and shadow in the hive/herd mind.

Trapped in our private flesh prison. Arguing in our heads for and against the strange case of discovering life in other universes. Us in some other parallel outer space expanding beyond our realm in custom built personal super-duper rockets to hell. Others prefer heaven. Glowing in the afterlife. Gas-filled meat bags belching and farting the swill of bootleg methanol. Traveling at warp speed big bang sound barriers. Questioning the capacity to love. Keeping the monsters at bay. The world as we know it will never be the same.