Who Knows What the Hell You Are Now 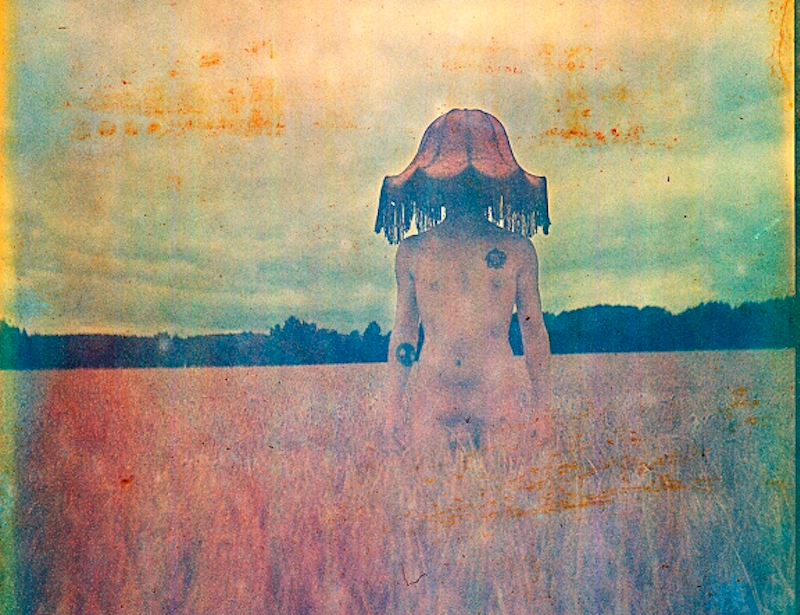 It was Sunday evening, we were both at the training gauntlet near the corner of Ack Wack Terrace and Crispy Moron Blvd. You were using inner beauty to weave a cosmic tapestry for the world... you were juggling bottles of wine... you appeared nervous as you read me the riot act while we both stood in awe... then I could feel you creepily brush the hair on the back of my neck... after you left the complex.

Then I could see you through a translucent monolith. It was there that you became pregnant and began going into labor... I ran out looking for you and the fresh offspring, but all I could find was an absurd caricature made by Ptah, an image carved haphazardly on to the bottom of a pew in St. Patrick's Cathedral (Gyooooiiuuuueeeeghhh!!!!!)

You looked at a monster, picked it up, and rammed it right through your forehead like a spear. Your height was incredible—shoulders as broad as the Coulee Dam, googly eyes like planets, a mouth that could fall off for days. Despite our size difference, somehow I could tell it would be holy with you. Just the way you said thanks to The Fire Gleam, and that, in a single moment, you were probably the only living memory other than Texas. Anyway, I will never care for all those times when, out of the green, we ended up seeping into the stratosphere for I know that you know that you made a mountain out of a billion mole hills.

Ogg and myself (Ibbabongorr) were riding in a whirlpool express, a red eye from San Bernadino to positive space. There we met you—an amazing pretzel beast named Endigo who had recently started smoking dry frog guts. You also said that you'd been on a huge bender ever since Carol died. There had also been a mention of radical freedom's glance hog aka "tomorrow night."

You were half Malyasian and half Cornucopian, and super wrought. Who knows what the hell you are now—and, FYI, I don't give rat's ass about that.

You also said that it was a time for flesh power, and we believed it was too once we found peace in total destruction.

If anyone knows who we are, we want to be able to talk with you and shake the foundations of Earthly trust.

You: the pointless pontificator, a bionic slimer with a jacked ego and a crazy appetite to match. You were there for "all" to see. Not quite existent, you were nevertheless too fit and sculpted to be a sandwich demon. You had just finished ripping apart the body of Christ with your super hot fangz. You have a cleft spirit and neon tones. As far as I could tell, you were the only young hustler with enough courage to turn Calvary into an all-you-can-eat buffet.

Speaking of Calvary, you wanted my weapons, you got them, then sprinkled them with fairy dust, an act which made me start to reconsider my future plans for the old mill. Then you fell in ambivalence and played with sparklers until the night was gone. What were your faces?

Me: a wanderer, a molting beast, financially stable, dizzy, hungry for the day when an allegorical ever-land can burst forth from the nape of Sally's spikey back.

I noticed you running around in circles on Monday. The following night—as I got drunk while hovering only inches above the Delaware coast, during winter's darkest hour—you found God. And that was really sweet. I couldn't read then, but I can now. I know this is normal and that it can't get weird, and I doubt you'll reach out and touch the slum. Nonetheless, I secrete alien liquid, and that's better than nothing. I hope that your name is Ponchatronkatonkolla Bing Bang Bong Doodle Breakfast III, Esq.

We sent shock waves through the window of a temple for a moment just this past Jorrprewary. I was in traction, my gurney speeding down a steep cobble stone street, no breaks. I was screaming for mercy. That's when you smiled at me, but I couldn't smile back. I had a gigantic asteroid ahead of me; it was engulfed in flames having just crash landed upon the village square. I was never affraid of you. I have dark dreams about blue jeans, Eisenhower's concubine, mild salsa, and the elderly. I wish I could've asked for your number right then and there...

Yesterday, as a mountain lake spoke to me in sweet languages of confusion, I bumped into you while pining for Mars. Your reaction was one of pure disgust. We then argued briefly about the benefits of sloppy science and the relentless snorting that had just begun while you were lying around unattended in front of some of the goofy little drug addicts, the ones that Barko The Crawler keeps around "just for sport." And then I abruptly began to weep and ran off into the bushes.

I was the crystalline skull force that transcends all mortal forms. My spirit inhabits a black hood, an aqua-marine bibb (tie-dyed), and the orange plastic handcuffs that can only be used as real earrings for fake ears.

Perhaps you're going through purgatory? Maybe we could grasp at straws wiling away our platinum years lost within irrelevant sanitariums and labrinyths.

Could our time together (and apart) be like a magical dino-cupcake?