The Curtain’s Open on the Deep State 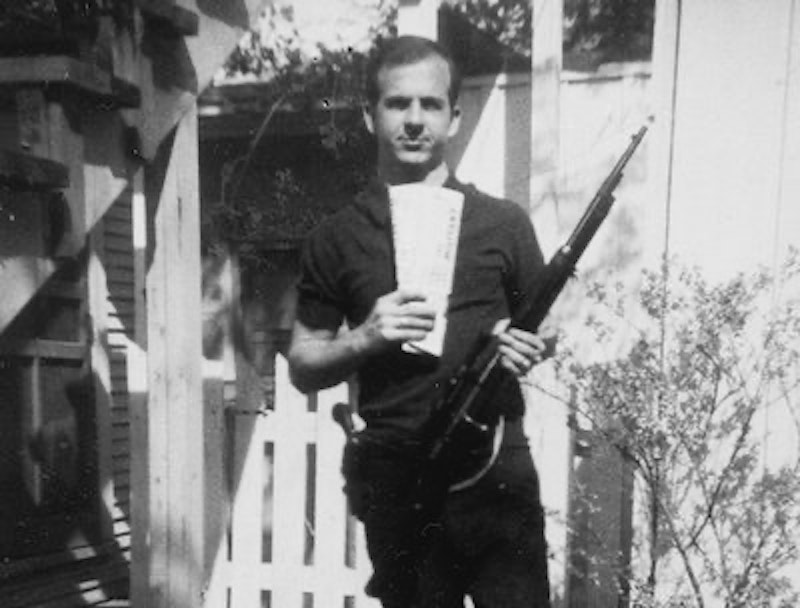 Back when Time magazine was still relevant, its editors stewed over whom to pick as the 20th century’s most influential person, a grander and more politically correct version of their old pre-feminist “Man Of The Year” schtick. I figured back then that Hitler was the obvious choice, since the first half of the 20th century led directly to his rise and fall, and the second half consisted of varied responses to him. He was clearly the most significant political figure of that century. But to me, another person was more emblematic of the time and predictive of the future: Lee Harvey Oswald.

He was nobody, a cipher, a fringe character who stepped out of the shadows and became the Nexus Of Worlds, the single point where all lines of conspiracy converge and the machinery of historical momentum stands revealed. His uniquely peripatetic lifestyle and seemingly random pursuits connect points of contact between all significant components of what has come to be known as the Deep State, the shadow syndicate that serves as the production team for the grand spectacle that passes for government these days. As a symbol, an archetype, he embodies the old American cliché that any individual can rise above his means and change history, if only he has the will; Horatio Alger, by way of James Ellroy.

I’ve spent 50 years casually examining the JFK assassination and related matters. I have a pretty good idea of who planned and executed it, how they did it, and why. It’s all right out in the open. There’s only one part of it that continues to baffle me: every aspect of the Oswald legend was crafted to implicate Cuba and the USSR in the assassination. This was consistent with dismissed Chairman of the Joint Chiefs of Staff Admiral Lyman Lemnitzer’s lunatic and treasonous Operation Northwoods scenario to set Cuba up for an American invasion by a series of false flag attacks. The only question that remains is who re-routed the motorcade of the narrative from the freeway of Soviet involvement to the dog’s leg of the Lone Nut scenario? That’s a really weird twist, a last-minute thing, an improvisational move that suggests a KGB mole in the production or cover-up team. The whole operation was so compartmentalized that the tiniest revision in the narrative could obfuscate or derail any speculation as to motive. It may have been the greatest theatrical presentation of all time.

The Deep State stands revealed now, center stage, in the spotlight. The curtain’s open, conspiracy theories abound in every direction, from every corner of the American political landscape. The very phrase “conspiracy theorist,” so useful for so long in dismissing citizen inquiry into dubious historical events, is now useless. The absurdity of attributing the DNC leaks that the late Seth Rich provided to WikiLeaks to “Russian hackers” is self-evident to anyone with an IQ higher than room temperature, and a pathetic attempt to distract the public from examining the content of the leaked emails themselves.

It wasn’t the Russians who cheated Bernie Sanders out of the Democratic nomination. It wasn’t the Russians who gave Donald Trump an Electoral College victory. It wasn’t the Russians who planted obvious coded references to some ghastly Salo-esque pedophile ring activity in John Podesta’s emails. It wasn’t the Russians who persuaded Elijah Wood and Corey Feldman to blow the whistle on the pedophile ring controlling Hollywood. But I can guarantee that the Russians have extensive files on the JFK hit, the RFK hit, Watergate, the utter depravity of the Reagan White House (remember Vicki Morgan and Alfred Bloomingdale?), the vast trail of slime behind George H.W. Bush, the CIA-cocaine connection, the Pink Flamingos-style white trash depravity of the Clintons, and every excruciating detail of the clumsily executed 9/11 theatrical casus belli. I’m 100 percent certain that the FSB has Donald Trump’s back, and that in the fullness of time, our new president will abort once and for all the treasonous Deep State conceived under Woodrow Wilson, and slowly dying of dementia and terminal hubris in the vast swampland of Foggy Bottom. The 20th century is over: nothing is true, everything is permitted. Or vice versa. You decide.