Someone ought to look into it. 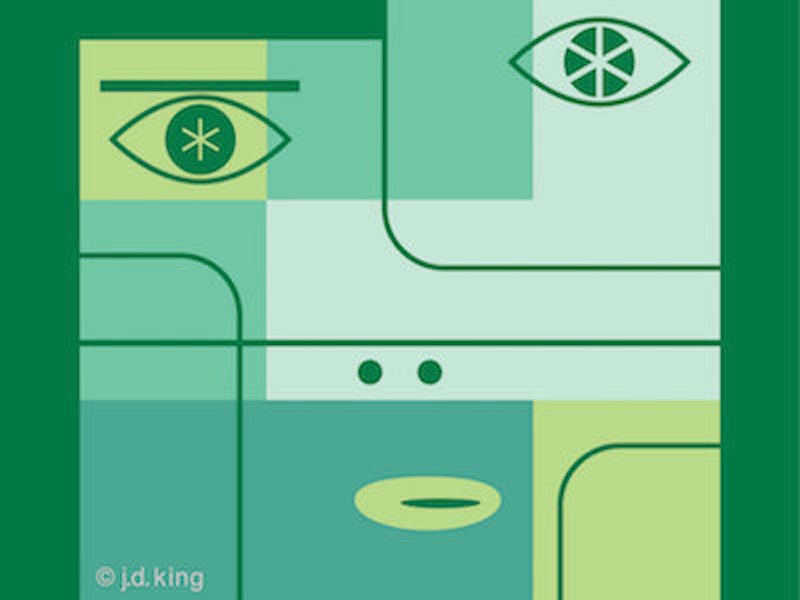 A serialization of The Sound and the Shadows. Last week’s post is here.

Wednesday morning, Davy walked Helen to her shop. Then he returned to their Airstream, took her cash-filled suitcase, tucked it in the Lark’s trunk, and drove to the cafe, parking just around the corner. He got out and sat on the hood, facing Main Street, until he saw Esmerelda Voltaire approaching.

Walking up to her, getting in step with her, he asked, “How are you doing?” His words were firm, the question almost a directive.

“Oh? You’re that new guy? You and your girl were in for lunch?”

“Yeah. Except she’s not my girl. Not really.” Davy toyed with the ring in his pocket.

“Wait a minute,” he said, taking her by an elbow, guiding her over to the Lark. “You need to see something.” Before she could object very much, he’d unlocked the trunk and opened the suitcase stuffed tight with $100 dollar bills. Knees wobbly, she managed to choke out a whisper, “Where’d you get... that!”

They drove north, leaving all things Brainardville behind.

About 100 miles later they traded in the Lark and paid the difference in cash for a 2007 Mustang V-8 convertible. With the top down, they motivated ever northward: Naples, Sarasota, St Petersburg, Tallahassee. And farther: Atlanta, Chattanooga, Knoxville, Lexington. He figured that Cincinnati was as good a place as any to disappear, specifically a Cincy suburb: Evendale. Davy liked the sound of Evendale, its softness. Also it reminded him of a pair of cartoon chipmunks he’d loved as a child, Chip ‘n Dale. And Dale Evans. These were auspicious omens, ducks all lined up, pointing the proper direction.

Along the way he learned about his Emerald Queen. The first thing he noticed, after the uptick that ended every sentence, was a vacant, slightly daft, stare in those green eyes. He found that endearing. Her mouth was skewed to one side, as if it had once reacted to some horrid news and had settled into that off-kilter spot.

And that voice! A cadence of French-accented Dixie. She was an odd egg; it’d take a while before she came fully into focus. But he was confident of this much: she isn’t a murderer, she isn’t a common thief. At 30, she’s young. Younger than Helen’s 40 and much younger than my 50, let alone Anne’s 65. And it’s notable: our ages are all so neatly divided by the decade or, in Anne’s case, the half-decade mark. This is a good sign. I wish I knew a really good astrologer. There’s something in the heavens regarding all of this. It isn’t happenstance. I think it’s all part of a greater pattern. Some would dismiss my thinking as superstitious, but there has to be something to superstition. After all, why would billions and billions of us invest so much in superstition if there were nothing to it? This is logical. Someone ought to look into it.

Around five, Helen locked her shop door, feeling the good tired from a hard day’s work. But more than that, she was glowing with a secret. She almost raced home, looking forward to making dinner for Davy, then a night in bed holding him close. She could barely wait to break the big news, what the doctor confirmed for her that afternoon: Helen was pregnant.

Her plan was to tell him after dessert. Oh, the look that’d plaster itself on his face! She didn’t know how she could keep her yap shut that long, but she’d sure try! The timing had to be perfect. She’d waited so long for this moment. No space for flubbing!

Helen Raboy looked at the pavement as she walked, chin tucked into her throat, shaking her head a bit. Her hands were happy fists, so filled with excitement. There was a bounce in Helen’s step as she waltzed into the trailer, the quiet trailer.