When Heidi Showed Up After All

Fiction: A symbolic interlude out on the stoop. 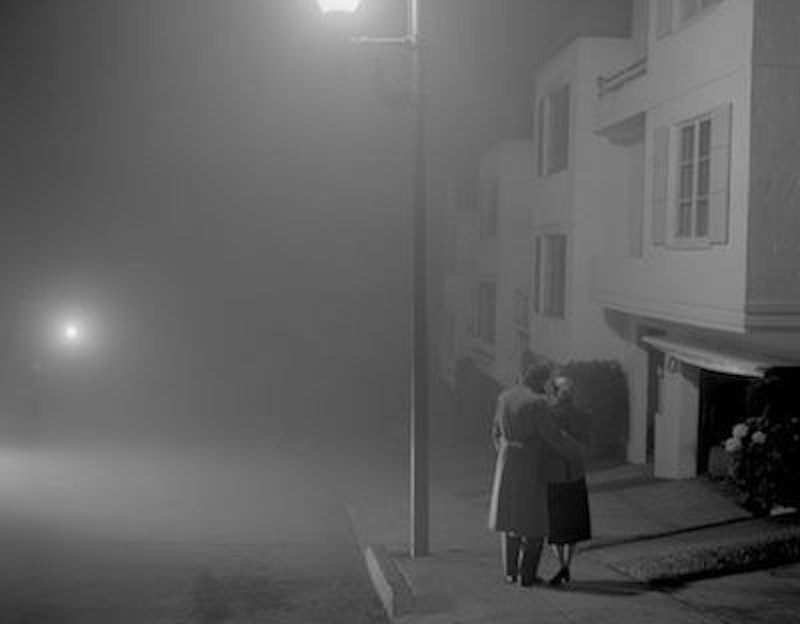 Akshay looked off toward the streetlight. “Sometimes I am not so happy,” he said. “This girl has a habit of trifling with me.”

“She’s very smart. Neuroscience.” I was pursuing my thoughts. “That’s a tough field,” I said. “Political science is okay too.” Akshay was a poli-sci major. “She’s got a good understanding of neuroscience,” I continued. Heidi’s grades were a good deal better than his.

Akshay turned and looked at me, wet-eye, baleful. His dark profile hung in the light. I pretended not to see. I gazed at the patch that the street light laid in the dark.

A girl walked on the other side of the street; her legs flashed white as she passed out of the shadows and back in. It wasn’t Heidi.

“Goleman’s book?” I said. “Daniel Goleman? That’s my neuroscience. That’s all I got. And I didn’t read it that much.”

Akshay was still looking at me.

“A couple of chapters,” I said. “The, uh, flyleaf. What was written in the flyleaf. I read that.”

He gulped out some sort of curse. It was his language, but I got the idea.

Akshay stood up. The legs of his red tracksuit unfolded; the white piping straightened out. He was much taller than me. “Shut up,” he said.

I began to find it all funny. “She has many sides,” I told him. “Not an innocent girl. Really…”

His fist swiped at me like a meteorite. A meteorite that was bound to miss. “You can’t hit an old man,” I said.

He stomped off into the dark. I watched his broad shoulders struggle under his track jacket. He wasn’t bright. A nice kid, but not smart. Heidi was smart.

“You told her!” Akshay said.

“I didn’t even know. How do I tell her? I didn’t know. I mean, like right now, as of now, I don’t know who it was… Elizabeth? Or the cousin, the, the girl with the freckles…”

He looked at me and then swatted his hand down like he was angry with a big lever. “Your life is nothing,” he said.

I admit this was a blow I didn’t see coming.

“It’s nothing,” he said. “You sit here and write in your notebook and nothing gets done, and you make trouble for the girls.”

“I do not,” I said. But I knew I looked at their legs, and maybe they noticed.

Akshay, this new fearsome Akshay, began to sing. “Nowheeere Man,” he pronounced. “Nowheeeeeere Man. The wo-o-o-o-orld is at your—”

Legs flashing, Heidi emerged from the dark. She swung her arm around Akshay’s waist and pulled him in for a kiss. The two of them strolled into the nest of dark between the streetlights, and I think her chin was near his ear. The revelation of the Goleman book flyleaf had been forgiven.

True enough, because a thud followed: Heidi had tossed something behind her. At the streetlight’s edge lay a dim little rectangle, and I spotted (I think) a blue border and red letters. It was Emotional Intelligence, I’m pretty sure. I’ve never gone to look.

So my 40s ended. I’ve never felt older, but perhaps I was taught a few things.