The Stalker I Know

It wouldn't be so troublesome, except for the gun. 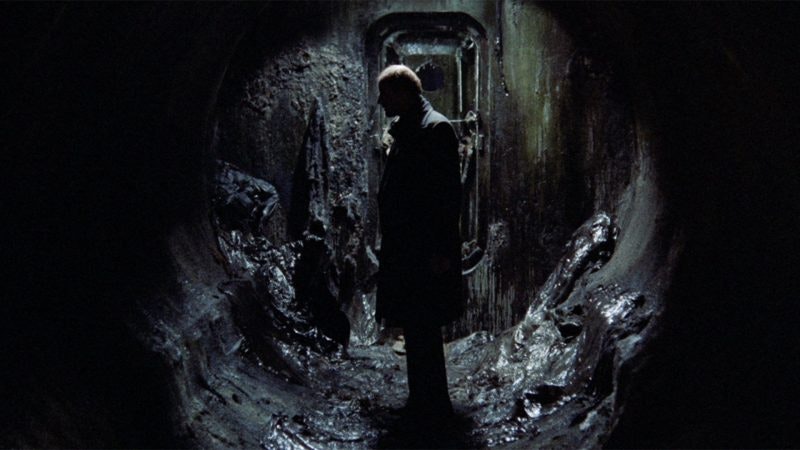 A couple of months ago, an acquaintance of mine I'll call “Bob” confided in me when I ran into him at Kroger that he'd recently had a bad evening. Breathing had suddenly become difficult, and there were other symptoms, so he'd decided to lie down in his bed and let death take him. But he soon found himself unable to bear his breathlessness, so he broke down and called 911. Doctors ran tests but couldn't find anything wrong with Bob, who has no health insurance. The bill came to around $24,000, which he can't pay.

It’s hard to know what to say when a healthy-looking 50-year-old person you don't know well casually lets it drop that he was willing to let go of life without a fight. It's also like that when Bob expounds on, with great conviction, one of his many conspiracy theories. What’s the proper response? Bob’s alternative reality is a dark one in which the CIA’s the grand puppetmaster pulling the strings in both the cultural and political realms to shape the world in its totalitarian vision. The ultimate objective is to grab everyone's guns and rule them. Bob seems to embrace every wild theory, but don't call him a conspiracy theorist because he's a “conspiracy researcher.” Bob almost always has just one earbud from his phone in an ear, even if he's talking to someone. It's hard not to speculate that this is the source of the sinister deep state machinations he speaks of. Never take it out of your ear. The information flow must never be stopped.

Naturally, Bob believes in chemtrails. Also, Leonard Cohen wrote all of Bob Dylan's lyrics and many rock musicians in the Topanga Canyon music scene in L.A. in the 1970s were CIA informants. Last year's Las Vegas mass shooting was a CIA-manufactured faux event that employed what conspiracy theorists call “crisis actors” to portray the victims. Name any school shooting (Sandy Hook, Parkland, etc.) and Bob will assure you it was staged. None of them were real. The object is to drum up so much fear of guns that the government can take them all away under the pretext of keeping its citizens safe. Bob told me that David Hogg, who's become prominent as a gun-control activist after the Marjory Stoneman Douglas High School mass shooting in Florida, actually went to high school in California. When I asked him why the school’s principal didn't alert the media that there hadn't been a mass shooting at his school, Bob told me the principal was in on the whole charade. What we see on TV is just an illusion.

Bob’s so paranoid about government surveillance that he has neither a bank account nor a credit card. When one of his clients for the website design services he sells sends him a check, I'm not sure how he cashes it. Bob uses burner phones that can't be traced to him, and his emails are all encrypted. In order to add minutes to his phone, he has to drive to the store where he bought it and pay with cash. Sometimes Bob works as an extra on movies and TV shows. He recently turned down some work on Homeland because they were shooting at a prison here in the Richmond area, which meant he'd have to undergo a background check. Nobody gets Bob’s social security number.

“Juliette” is a French filmmaker who moved to Richmond from L.A. last year. Bob has a master's degree in French and spent a couple of years in Paris. His language skills came in handy when he met her, and they soon began dating. A friend I'll call “James” and I discussed how this was destined to end badly for Bob. Her career’s thriving, but he lives with his mom. Surely the disparity would soon wreck the relationship, and Bob would fall into another depression.

James, who’d been close to Bob, began hanging out with Juliette regularly after the breakup. One night he and his friend Lloyd were at her apartment until 11 p.m. At one a.m., someone knocked on both her front and back doors without saying a word. Juliette was alarmed, so she called called James, who told her to call the police, which she didn't do. The knocker went away without a word.

The next day, Bob sent James a text indicating that he knew that he and Lloyd were at Juliette’s place the night before, outing himself as a stalker and the person who’d knocked on her door.

All of the above is weird, but hardly alarming. The problem is that Bob owns a gun. It didn't dawn on me for several days after hearing that he'd staked out Juliette's place for an entire evening that the elements were potentially in place for Bob to become a murderer, perhaps accompanied by suicide. While he hasn't expressed any violent intentions, how could you not at least consider that possibility and think about what actions you could take to prevent it?

I had a moment of panic and texted James with my concerns. He concurred that he also felt there was at least some danger but didn't know what he could do about it. And there really isn't much anyone can do in such a situation, so you just hope that you're exaggerating it all in your mind and being too dramatic. But you've heard one too many horror stories about dumped men who've lost status in society and feel they have nothing to lose. You imagine how you'll feel if the worst scenario somehow comes true. Bob’s already told me directly that living doesn't mean much to him anymore. He's bitter over the breakup with Juliette, who shuttles between Richmond, Paris, and Los Angeles. Bob’s already stalked his ex. And he has a gun.