Are the Irish Any Better Than the Ukrainians? 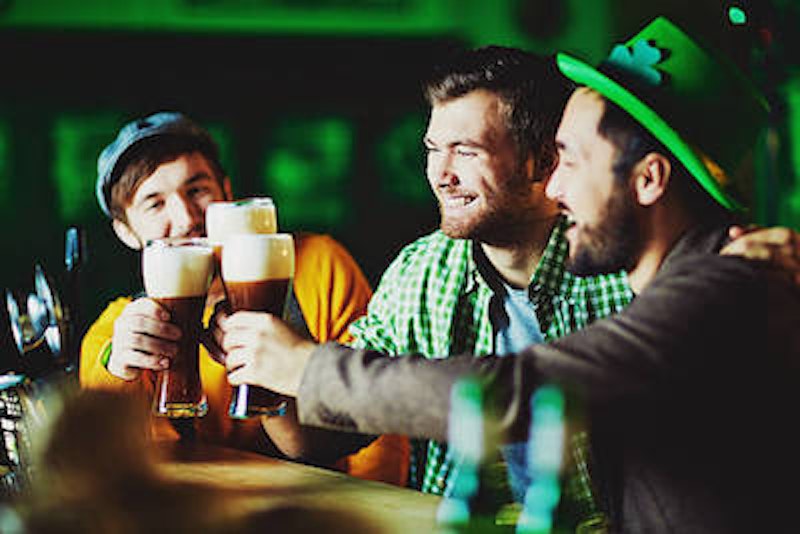 An addendum to my last week’s notes about Michael Brendan Dougherty: While I’m grateful for Dougherty’s efforts against the Ukrainians, it’s funny to see them advanced by a nationalist Irishman. If I didn’t hold the Ukrainians in such contempt, I might be prone to ask this chubby pundit to peruse his own florid Gaelic countenance in the mirror.

Look closely, my Fenian friend. Do you like what you see? Do you appeal to yourself? Do you puff out your jowls in blowsy imitation of Brendan Behan, goggle-eyed and spewing maudlin lyric as stout seeps out of your shoes? As you raise your umpteenth dram to Daniel O’Connell and steady yourself against the bar-wood, like a peg-legged captain clutching the poop rail in a 40-knot gale?

Come the Feast of St. Patrick, do you straighten the ribbon of the Ancient Order of Hibernians across your soft little belly, puff out your chest like a muldoon a-swaggerin’ into a Five Points whorehouse, and march down 5th Ave. in your pomp, a-weepin’ to the strains of “Molly Malone” a-blarin’ out from the fire department pipers, visions of the coming evening’s corned beef and boxty a-dancin’ in your sodden head? Ah, faith and Begorrah. Mikey me lad, the tin whistles of fair Kilkenny are a-callin’ ye. Here’s one in the eye of the butcher Cromwell.

But joking aside: Have we paleocons really reached the point where we’re willing to countenance nationalist triumphalism from an Irishman, as long as he’s got the correct (indeed, the only moral) position vis a vis the Ukrainians? Not to take anything away from Dougherty’s useful propaganda efforts against the Ukrainian Nazis—but by what measure are his beloved Irish really better than the Ukrainians anyway?

From my perspective here in Indiana, both seem to be peasant races, none-too-washed and religiously obscurantist, seized by manias for their respective “national liberation” movements even as they’re dependent on the “colonizers” they hate for whatever benefits of civilization they’ve managed to take to, much as stray dogs used to eating entrails might take to eating high-grade kibble, or savory soup bones, or shards of good beef—out of a sheer animalistic cunning, driven by instinct, uninformed by rationality or intellection, in the absence of that half-human/half-divine quality we understand as the soul.

Both, again, are nations (if you’ll allow me that word) significantly devoid of culture, in the higher sense of the refined artistic attainments of an aristocratic, or at least educated, class. Neither Irish nor Ukrainian literature would even exist without the language of the empire that imposed it, often (Irishmen and Ukrainians being what they are) with the aid of the cudgel and the knout: the English of Shakespeare and the King James Bible in the case of Irish letters; the Great Russian tongue as crystallized by Pushkin in the case of Ukrainian.

It’s no accident that Yeats and Joyce, among others, wrote (to paraphrase Joyce) the stories of their tribe in English, not Gaelic. Both of those men, provincials whom the heavens for some reason imbued with a certain genius, were perforce parasitic on the English language, and on its literary tradition; they couldn’t have existed without it. Indeed, the English language of their so-called “oppressors” made them what they are. Left with only the gabbling barbarities of Gaelic, they would have sunk without a trace into the alkaline bog-waters of their native island’s dank and misty cultural terrain.

So too Gogol, a Ukrainian ethnic, in choosing to write in Russian, and not the Little Russian dialect, was a parasite on the body of a Great Russian culture that he understood was superior to his own.

I could go on. A certain muttering tendency towards a sentimentalized violence also seems inherent to both these peoples. I don’t need to rehearse the entire history of Irish political and street brutality, from the kneecappings and petrol-tire “necklaces” of the Belfast slums (are there any non-slums in Belfast?) to the IRA terror-bombings of London to the lurid “Gangs of New York”-style Hibernian crime organizations of our own East Coast ghettoes. The Ukrainians’ tendency towards violence—against the Poles, against the Russians, against the Jews, against today’s Donbass political dissidents, against Dutch commercial airliners (the realevidence suggests that the Ukrainians shot down Malaysia Airlines Flight 17 in 2014 and blamed it on the Russians, with the collusion of the Western establishment and the UN)—have been too well-documented by other paleocon genius pundits for me to go into here.

In sum, I wonder if Dougherty doesn’t protest too much. There’s an element, in his (again, welcome) sallies against the Ukrainians of what a certain Vienna Jew would have called transference.

As for us paleocons of White Old American stock, I wonder what we should think of the elevation into our midst of a chubby pundit who, while rightly (if too passive aggressively) decrying the ethnic barbarism of one troublesome and marginal people, glorifies that of another. We paleocons, especially we ethnically Anglo-Saxon paleocons, hailing ultimately from that “sceptered island” against which Dougherty’s tribe has long warred, must stick to consistent principle. We must plant our sandals and waver not, no matter which way the bitter winds will blow.