On Richard Yates (2010), an autobiographical novel by author Tao Lin. 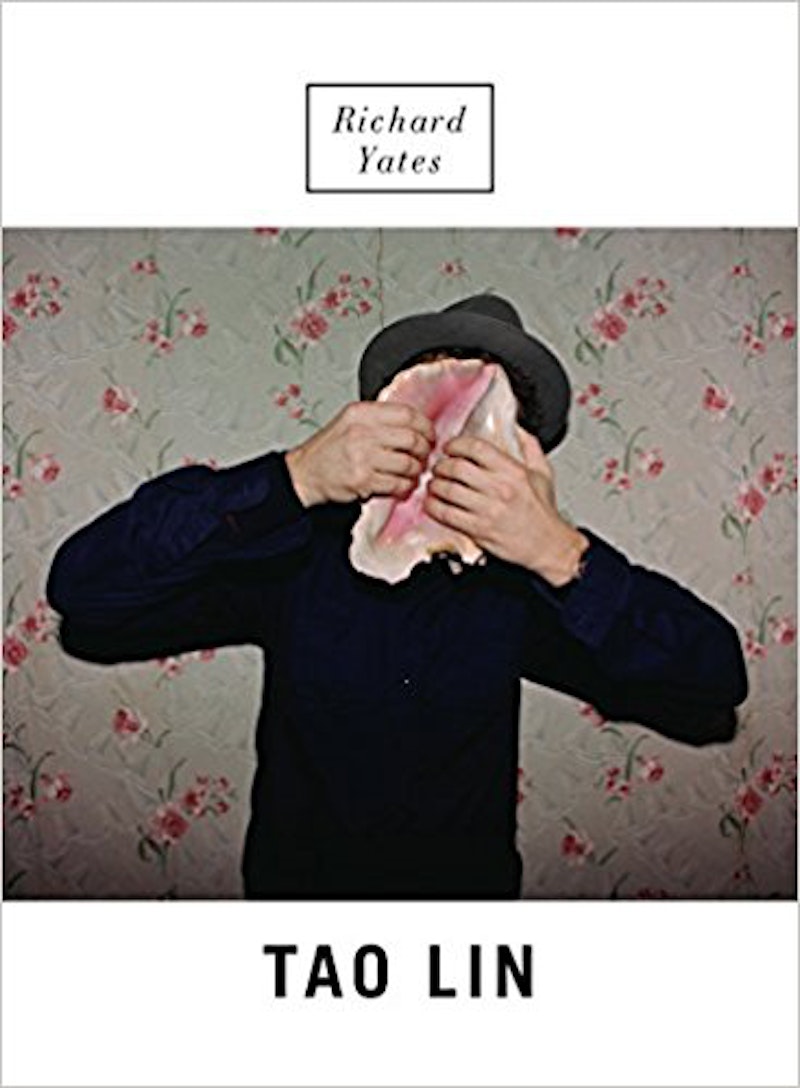 Mid-way through the “Victor Goes to Europe” monologue/travel montage from Roger Avary’s 2002 movie The Rules of Attraction—itself a distillation of Bret Easton Ellis’ 1987 book of the same name—actor Kip Pardue sinks his teeth into a particularly stark line: “She chugs my cock at the Marriott Champs-Elysees, which is good.” This is a sentiment at once boorish and vainglorious, lazy and blithe; boorish and vainglorious in its boastful chauvinism, lazy and blithe because “good” stands in for a more accurate adjective.

For Richard Yates’ two protagonists, “good” signifies something different, something specific, and something broadly sarcastic. “She is good,” one might say to the other, in mockery of a stranger; “he is good” might signal disdain for a close relative. The phrasing throughout suggests a zombified ennui. Indeed, Tao Lin’s 2010 novel, about a 22-year old NYC man (“Haley Joel Osment”) and his 16-year-old New Jersey girlfriend (“Dakota Fanning”), can sometimes suggest humanity as perceived and described by space aliens. The prose here is maddeningly flat.

Theirs is not a relationship that should technically exist, and for its first 100 deadpan pages or so, Richard Yates is an illicit grind: G-Chat daisychains, performatively sardonic malaise, furtive shoplifting, the pair’s pathetic attempts to hide their relationship from her mother, the passive-aggressive give and take of young love, the parsing of emotions. Depression is an ingredient, if not precisely an aphrodisiac. This is autobiography or diary that will feel fictional to anyone old enough to have not grown up with communication as gratification instant enough to imply that every other aspect of life may be commanded by whim.

When, 100 pages or so in, she tells him something, with a chilling casualness, it cracks this novel open like a geode. It isn’t presented as revelation, and it doesn’t change who he is, necessarily, but it shifts the story, and all of a sudden these two are no longer Generation Z cartoons but actual people. Thereafter Lin is no less laconic, but “Osment”’s relationship to “Fanning” changes, and the caper-like spirit of the book yields to something different; some may see it as protective or parental, others could view it as controlling or abusive.

Because so much of Richard Yates occurred a few years before the book was published, it’s unlikely Lin was able to achieve much in the way of personal perspective. One way or the other, he has a lot to say about emotional co-dependency, about gender roles and cultural conditioning, and about the essentiality of self-love. You should read Richard Yates—especially if you’re sure you won’t understand the generation it’s implicitly about. I’m not sure whether it’s “good,” but it’s “good for you” in the same way Ellis’ novels were during Reagan’s 1980s.